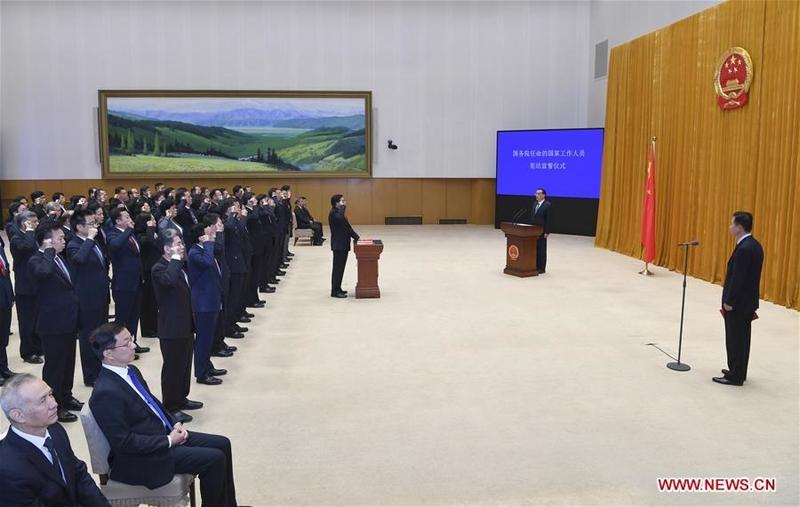 Senior officials of the State Council take an oath of allegiance to the Constitution at a ceremony, which is overseen by Premier Li Keqiang, in Beijing, capital of China, Nov 20, 2018. (ZHANG LING / XINHUA)

BEIJING – Fifty-nine senior officials of the State Council took an oath of allegiance to the Constitution at a ceremony Tuesday.

The ceremony was held in the Zhongnanhai leadership compound in downtown Beijing and overseen by Premier Li Keqiang.

The officials were appointed to 40 State Council departments from April to October.

Xiao Jie, state councilor and secretary-general of the State Council, announced the beginning of the ceremony, at which officials sang the national anthem first and recited the oath.

In a speech after the ceremony, Premier Li asked officials to "stay loyal to the Constitution, exercise their duties according to law and work with diligence and integrity."

They were told to spare no effort in serving the people, addressing their difficulties and working for steady, healthy economic and social development.