When Stephen Hawking was in Hong Kong... 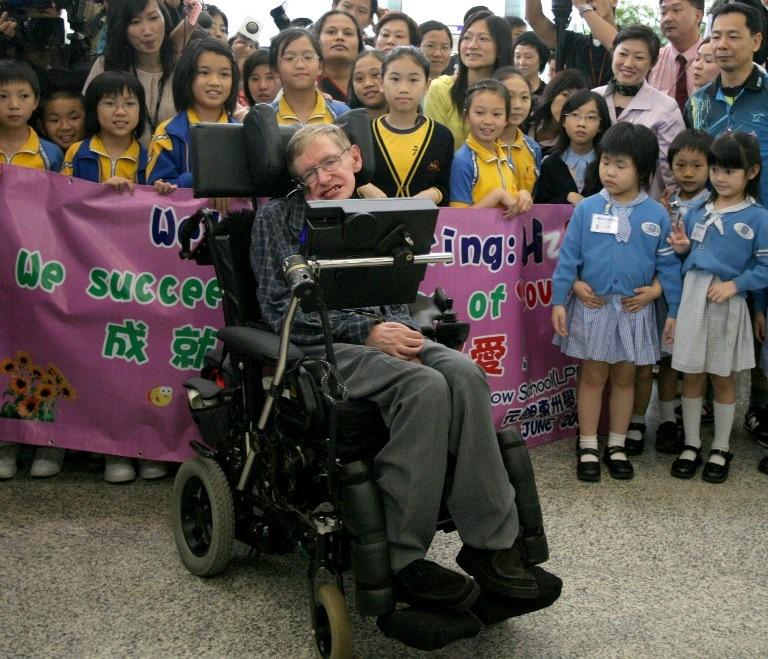 Stephen Hawking (center) arrives at the Hong Kong International Airport, June 12, 2006. Hawking was in Hong Kong for a six-day visit during which he delivered a lecture on the origin of the universe. (SAMANTHA SIN / AFP) 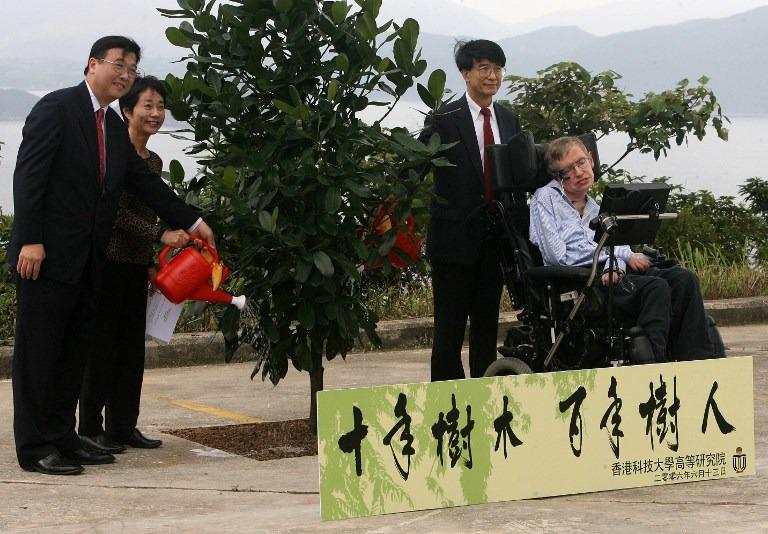 Stephen Hawking (right) and Paul Ching (2nd right), the- President of the Hong Hong University of Science and Technology, take part in a tree planting ceremony at the university in Hong Kong, June 13, 2006.  (MIKE CLARKE / AFP) 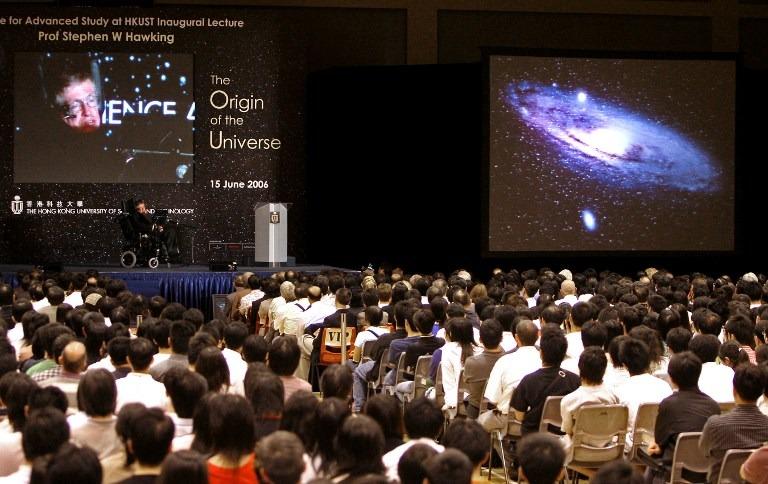 Stephen Hawking speaks during an inaugural lecture entitled The Origin of the Universe at the Hong University of Science and Technology, June 15, 2006. (MIKE CLARKE / AFP) 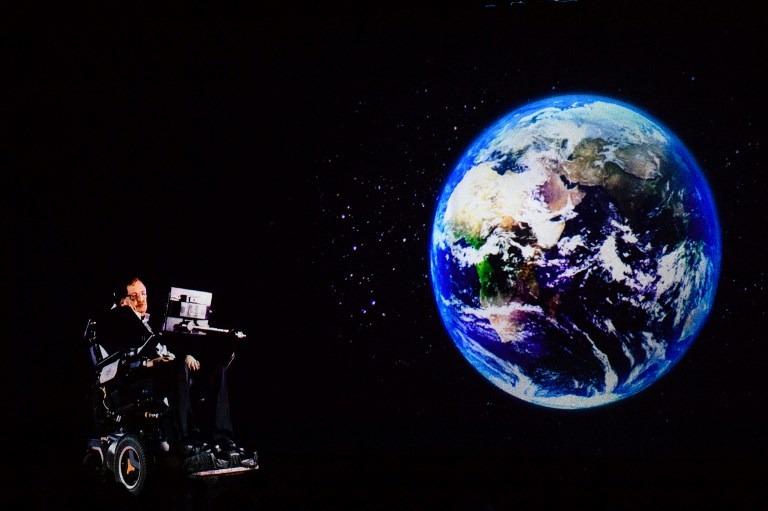 In this picture taken on March 24, 2017, Stephen Hawking speaks to an audience by hologram (left) in Hong Kong, beamed live from his office in Cambridge, England. The renowned physicist spoke to the Hong Kong audience by hologram, showcasing the growing reach of a technology which was making inroads into politics, entertainment and business. (ANTHONY WALLACE / AFP) 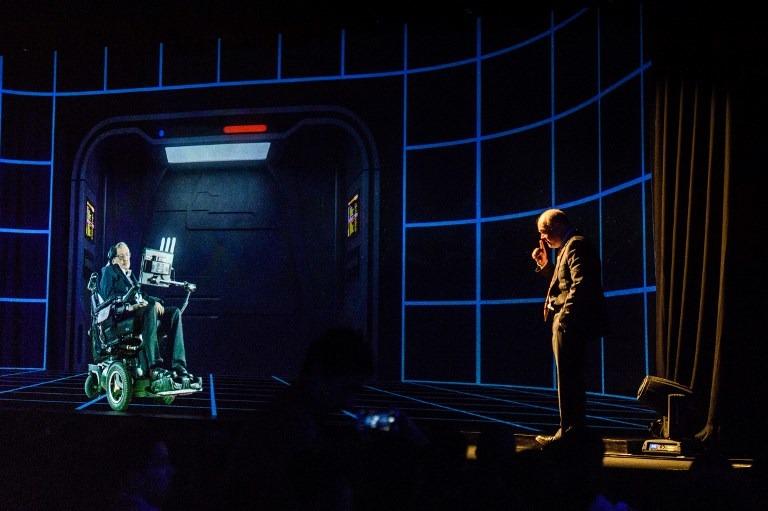 In this picture taken on March 24, 2017, Stephen Hawking speaks to an audience by hologram (left) in Hong Kong, beamed live from his office in Cambridge, England. (ANTHONY WALLACE / AFP) 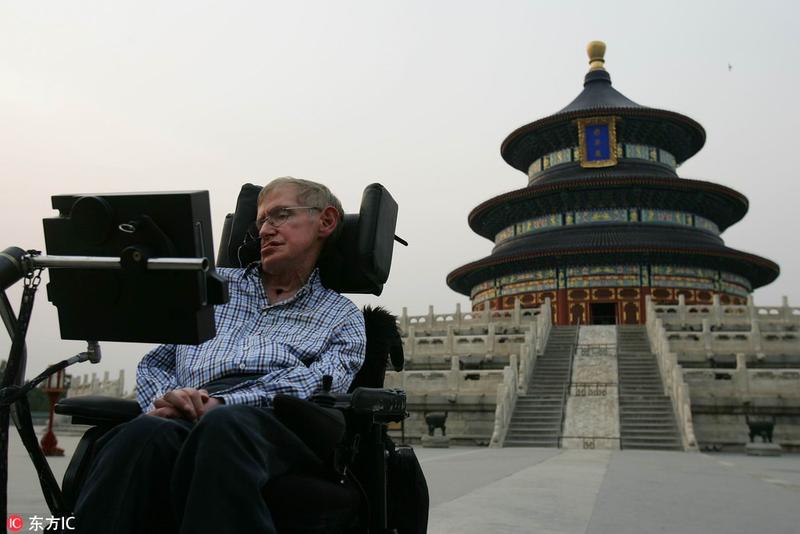 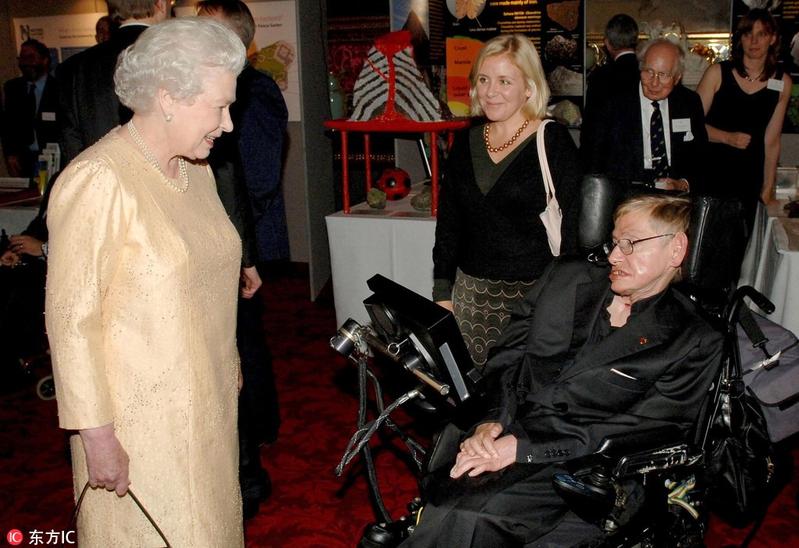 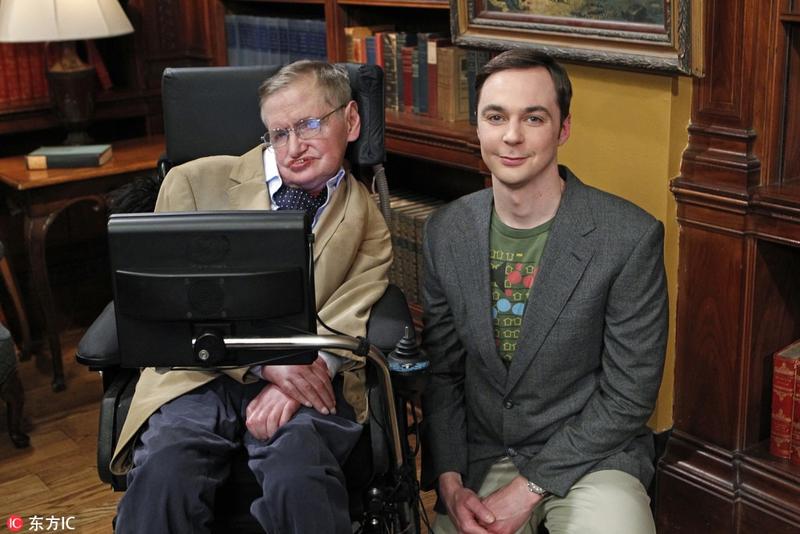 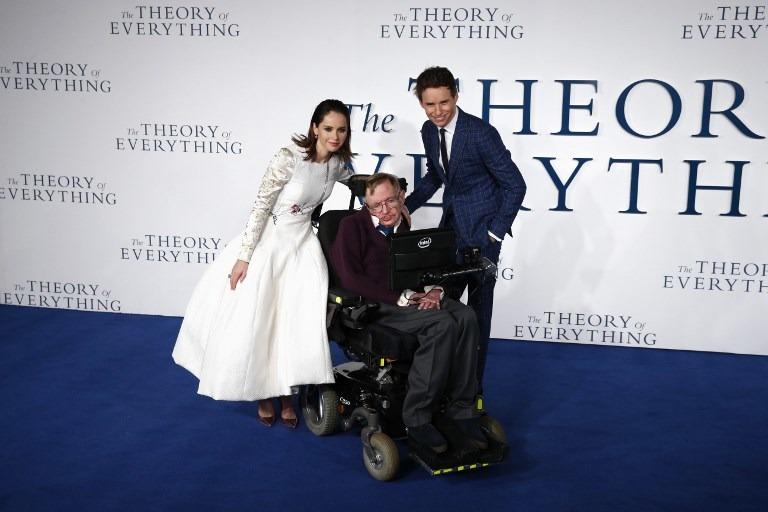 In this photo taken on Dec 9, 2014, British actors Felicity Jones (left) and Eddie Redmayne (right) pose with Stephen Hawking (center) at the UK premiere of the film The Theory of Everything in London. The film is based on the memoir Travelling to Infinity: My Life with Stephen, by Jane Hawking, and stars Eddie portraying Hawking. (JUSTIN TALLIS / AFP) 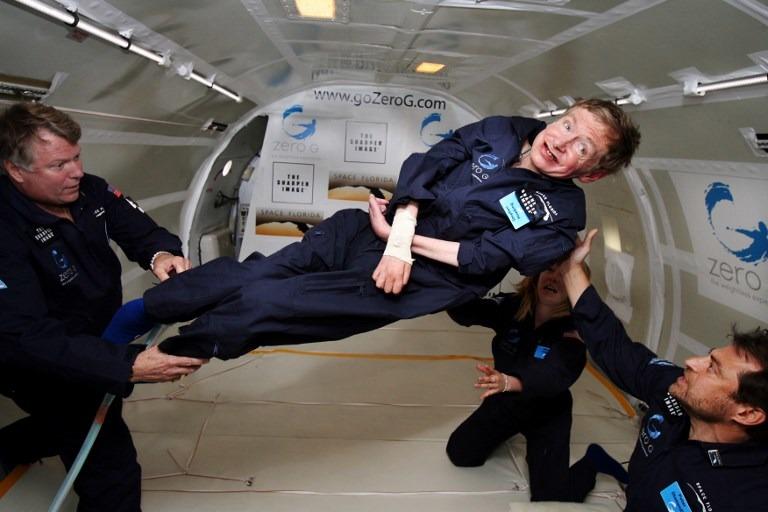 In this photo taken on April 26, 2007 and released by Zero G, Stephen Hawking (center) experiences zero gravity during a flight over the Atlantic Ocean. "It was amazing ... I could have gone on and on," Hawking said after riding for two hours on the modified jet that flew a rollercoaster trajectory to create the impression of microgravity. (ZERO G / AFP) 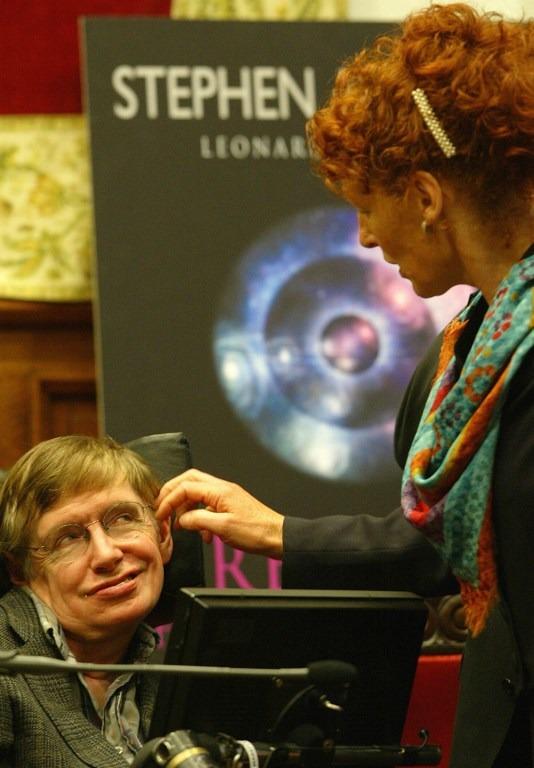 In this April 13, 2005, file photo, Stephen Hawking (left) smiles to his then wife Elaine Mason before the presentation of his new book A Brief History of Time in Oviedo, northern Spain. (MIGUEL RIOPA / AFP) 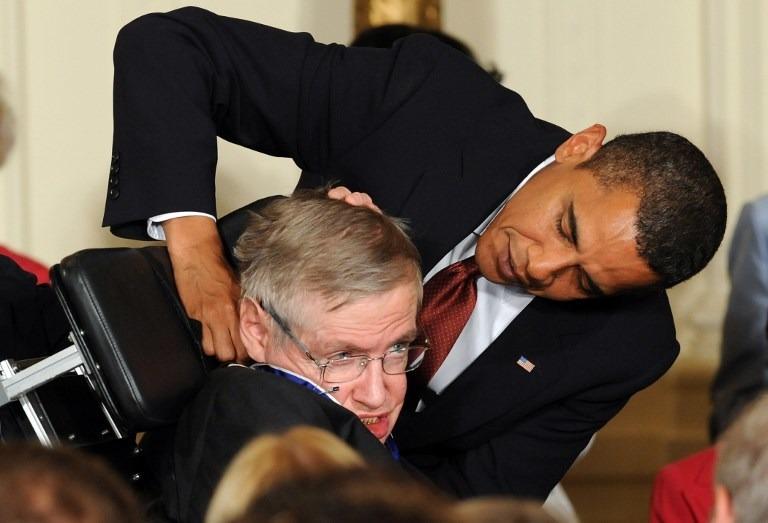 In this file photo taken on Aug 12, 2009, Stephen Hawking receives the Presidential Medal of Freedom from then-US President Barack Obama during a ceremony in the East Room at the White House in Washington, DC. (JEWEL SAMAD / AFP)en