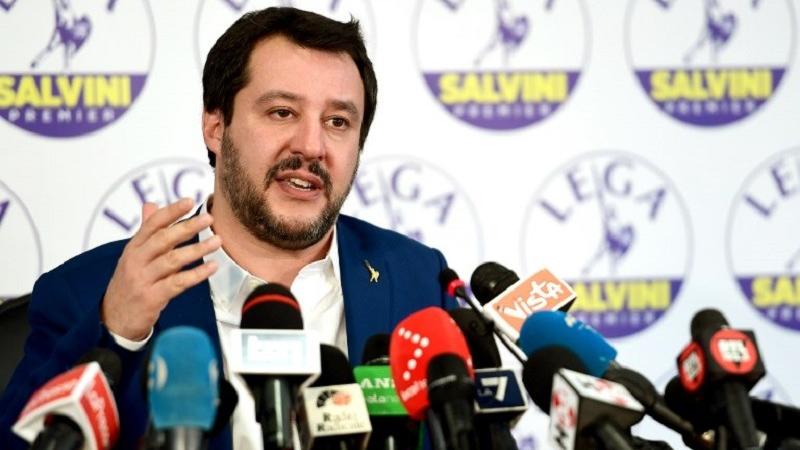 In this March 5, 2018, photo, Italy's far right party leader Matteo Salvini gestures during a press conference held at the Lega headquarter in Milan ahead of the Italy's general election results. (MIGUEL MEDINA / AFP)

PARIS — The EU's top economic official said on Thursday he feared "little Mussolinis" might be emerging in Europe, drawing a furious response from Italy's far-right interior minister who accused him of insulting his country and Italians.

"He (Pierre Moscovici) should wash his mouth out before insulting Italy, the Italians and their legitimate government," Salvini said in a statement released by his office in Rome

Frenchman Pierre Moscovici, who is the European Union's economics affairs commissioner, said the current political situation, with populist, far-right forces on the rise in many nations, resembled the 1930s when Germany's Adolf Hitler and Italian fascist chief Benito Mussolini were in power.

"Fortunately there is no sound of jackboots, there is no Hitler, (but maybe there are) small Mussolinis. That remains to be seen," he told reporters in Paris, speaking in a jocular fashion.

Moscovici, a former French finance minister, mentioned no names, but Matteo Salvini, who is a deputy prime minister and heads Italy's anti-immigrant League, took it personally.

"He should wash his mouth out before insulting Italy, the Italians and their legitimate government," Salvini said in a statement released by his office in Rome.

Salvini took advantage of the spat to set out once again his grievances with France, which he accuses of not doing enough to help deal with migrants from Africa and of having plunged Libya into chaos by helping to oust former strongman Muammar Gaddafi.

"EU Commissioner Moscovici, instead of censuring his France that rejects immigrants ... has bombed Libya and has broken European (budget) parameters, attacks Italy and talks about 'many little Mussolini' around Europe," Salvini said. 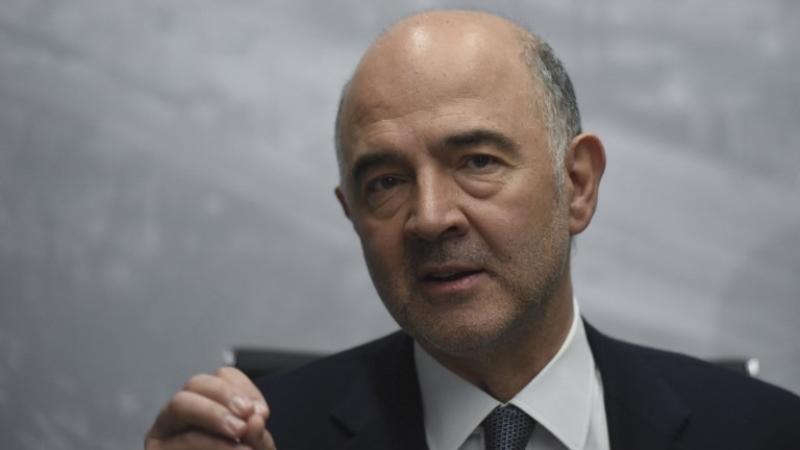 The European Commissioner for Economic and Financial Affairs, Taxation and Customs, French Pierre Moscovici, gives a press conference in Buenos Aires, on July 22, 2018, in the framework of the G20 meeting of Finance Ministers and Central Bank Governors. (EITAN ABRAMOVICH / AFP)

In other comments at the Paris event, Moscovici said Italy needed to cut wasteful spending and prioritise investment and infrastructure spending that will help stimulate growth and productivity.

"It's in Italy's interest to reduce its very high public debt," Moscovici said. "It would be a lie to think one can invest more with a higher deficit. If that happens, you end up with more debt and less capacity to invest."

Italy is preparing its 2019 budget, a process that has heightened tensions within the governing coalition, which comprises Salvini's League and the anti-establishment 5-Star Movement.

Yields on Italian bonds have risen sharply, reflecting investor concerns about the stability of Italy's finances.

Moscovici said it was critical for Rome to come up with a workable budget.

READ MORE: UK to pay 'substantially' less to EU in event of no deal

Moscovici added that he was working closely with Italy's finance minister in what he described as a "constructive climate" and said he hoped that would continue.