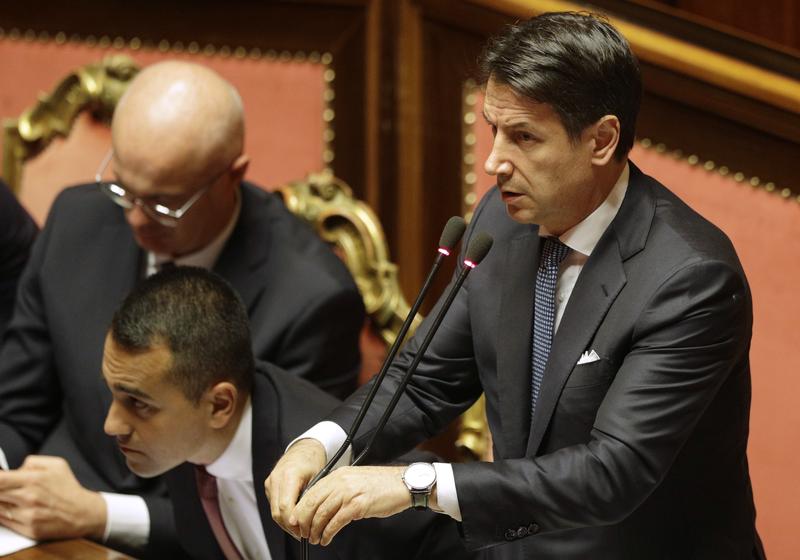 Italy's Prime Minister Giuseppe Conte intervenes in the debate at the Senate ahead of a second confidence vote on his coalition government, in Rome, Sept 10, 2019. (GREGORIO BORGIA / AP)

The Italian government hopes the new budget can avert a planned US$25.2 billion sales tax hike that would prove very unpopular with voters and would further hurt Italy's weak economy

After easily clinching a first confidence vote Monday in the lower Chamber of Deputies, Conte successfully sought support in the Senate, where his coalition commands a slimmer majority. He won 169 to 133. Five senators abstained, including at least one apiece from the two main parties in the new coalition: the populist 5-Star Movement and the center-left Democrats.

The two parties have long been archrivals. But they banded together, along with a tiny left-wing party, to forge a coalition that shut out of power Matteo Salvini, the leader of the right-wing League party, which has been soaring in popularity.

The next challenge comes quickly. The Italian government must get to work on the painful task of drafting a budget law, which must be approved by Parliament by the end of the year. The government hopes the new budget can avert a planned 23 billion euro (US$25.2 billion) sales tax hike that would prove very unpopular with voters and would further hurt Italy's weak economy.

In the Senate debate, Salvini blamed Conte for having "betrayed Italians" for assembling a new coalition that deprived him of an early election that he had hoped would launch himself into the premiership.

Salvini's League now sits in opposition, after he pulled the plug on the previous coalition between the League and the 5-Stars, triggering a political crisis that backfired and led to the creation of Conte's new cabinet. 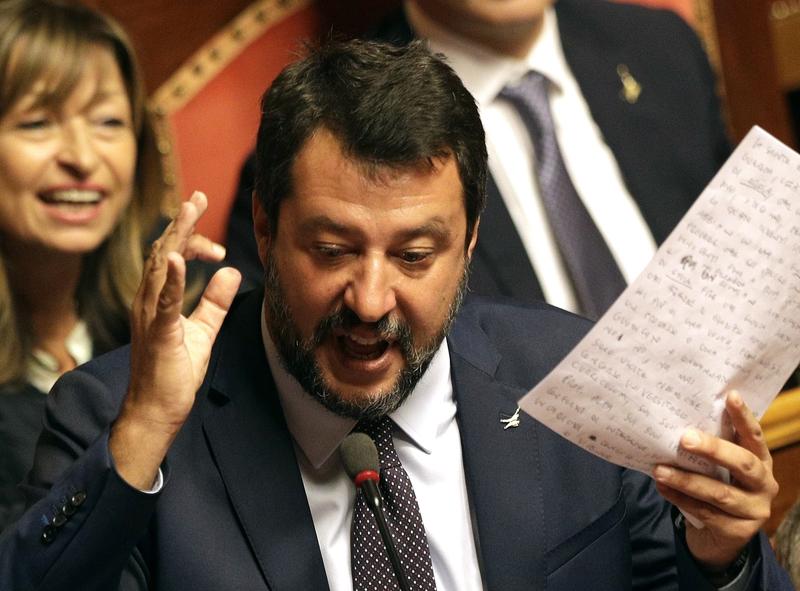 "I'm proud of not being part of this government," Salvini said in a heated Senate speech. "Sooner or later, Italians will head back to the polls. Whoever fears their judgment has a guilty conscience."

Conte has asked lawmakers to back his plans for radical reforms aimed at returning Italy to growth. On Monday, he unveiled a political platform that tries to combine flagship measures of both the 5-Stars and the Democrats, who have frequently clashed over key policies.

In his second mandate as premier, Conte also stressed that Italy wants to regain a key role in the European Union's reform process. He called for less confrontation with Brussels and pledged he would work with Italy's EU partners to reform the bloc's stringent budget rules.

In a clear sign of warmer ties with the EU, former Premier Paolo Gentiloni on Tuesday was designated as the new European Commission's economy commissioner, a key portfolio in negotiations over EU nations' budget plans.

Analysts see Gentiloni's appointment as good news for Italy, as the debt-burden country will need to negotiate more financial flexibility with Brussels to be able to pass an expensive 2020 budget law. That law needs to be submitted to the Commission by mid-October.

Conte travels to Brussels on Wednesday, where he will meet the next Commission head Ursula von der Leyen.

"The budget will be done in Italy," Conte declared, hitting back at Salvini, who has accused him of being manipulated by EU's powerbrokers.

Among the main measures in his government's ambitious agenda, Conte has cited creating a minimum wage and social policies to help poorer families and reduce youth unemployment. He also announced a "Green New Deal," aimed at fighting global warming, and a renewed battle against Italy's widespread tax evasion.

Conte said the new budget will be drafted in accordance with EU budget rules but stressed the need to target "sustainable growth," a clear break with Italy's earlier austerity policies. The Italian government will have to approve spending cuts or negotiate with Brussels to let Italy have an higher deficit than the EU normally allows if they want to avoid the pending sales tax increase.