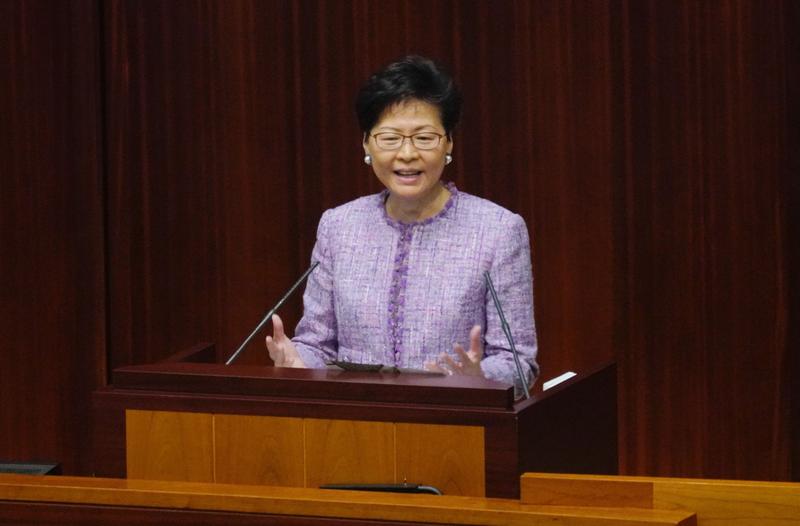 Hong Kong Chief Executive Carrie Lam Cheng Yuet-ngor speaks during a question-and-answer session in the Legislative Council on May 9, 2019. (PROVIDED TO CHINA DAILY)

HONG KONG - The Office of the Equal Opportunities Commission (EOC) said it is “inappropriate” for legislator Wu Chi-wai to use disrespectful remarks to address Chief Executive Carrie Lam Cheng Yuet-ngor, according to a statement issued by the commission on Wednesday.

The EOC was responding to media inquiries about the petitions of several groups at the commission’s office to express disapproval of Wu for using a disrespectful expression to address Lam during the Chief Executive's question and answer session at the Legislative Council last Thursday.

The commission considered the remarks were inappropriate, neither polite nor respectful of the other party, and directed at the female identity of the chief executive.

“They violate core values of gender equality and mutual respect between the two sexes in today's society,” according to the statement.

The EOC said it believes discussions at the LegCo chamber should be conducted in a peaceful and respectful manner, and that “rude, disrespectful or derogatory language denigrating females should not be used.”