Moving manufacturing back to US hard, Foxconn's case shows 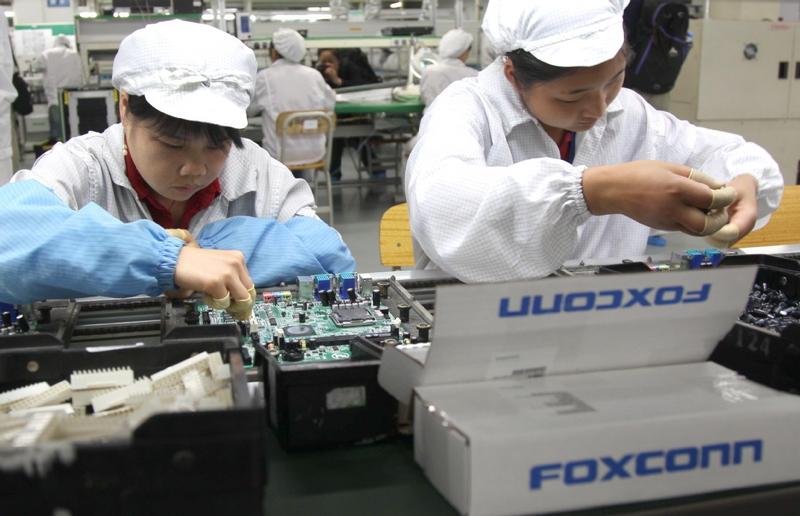 NEW YORK - Residents' opposition, labor shortage, and technology transfer difficulties are the three main reasons why manufacturing companies like Foxconn could not move back to the United States easily, industry insiders and analysts have said.

Foxconn said on Friday it would proceed with plans to build a factory in Wisconsin. The development follows reports that the company was considering jettisoning the large-scale project that had promised to bring 13,000 jobs to the Badger State.

Foxconn said Wednesday that it was deliberating whether it would be "economically feasible" to develop liquid-crystal displays for televisions at its planned technology campus south of Milwaukee.

“In terms of TV, we have no place in the US,” Louis Woo, a special assistant to Gou, told Reuters on Wednesday, citing cost concerns compared with manufacturing in Asia. “We can’t compete.”

Residents who had to move away to make space for the Foxconn campus were offered assistance in relocation and compensation by market value or higher. Yet some were still unhappy as their lives had been disrupted

Being built on a vast 2,800 acres of land in the US State of Wisconsin, the Foxconn plant project is dubbed by US President Donald Trump as the "eighth wonder of the world" for the scale of investment, the number of new jobs it promises to bring in, and the hundreds of upstream and downstream manufacturing companies that potentially would follow suit.

The company, which makes products for Apple, Sony, Microsoft and Nintendo, among others, in 2017 signed a contract with Wisconsin Economic Development Corporation for the display screen plant worth US$10 billion.

According to the contract, Foxconn will build a 21.5-million-square-foot (20-square-kilometer) manufacturing campus and hire about 13,000 local workers, and Wisconsin promised to provide an incentive package worth about US$4 billion, the largest subsidy offered to a foreign company in US history.

The project moved fast, but problems soon followed. In what local officials described as the "Foxconn pace," the plant broke ground in June and soon caused considerable controversy.

Residents who had to move away to make space for the Foxconn campus were offered assistance in relocation and compensation by market value or higher. Yet some were still unhappy as their lives had been disrupted.

Moreover, the public has become aware of the spiraling costs for the new job opportunities. It is estimated that each new job created could cost the government as much as US$1 million, eight times the average amount of subsidies local governments offer to similar projects.

Officials who had worked on the deal said the incentive package should be viewed as an investment made by the state rather than free money for the company.

However, statistics showed that citizens might see a return on their Foxconn investment in 2042 at the earliest, according to the Legislative Fiscal Bureau, a nonpartisan agency that provides economic analysis to the Wisconsin state legislature.

Many local residents felt it was a waste of money and called on governments to rethink their package and put the money into other social benefit projects such as education.

"It's a lousy deal, and we're going to have to hold Foxconn's feet to the fire going forward," Wisconsin's Governor-elect Tony Evers said.

In addition, Wisconsin has seen a tightening labor market in the last few years, with the unemployment rate steadily registering 3 percent or lower in nine months, which made it difficult for companies to look for workers, let alone skilled ones or engineers.

In addition, Wisconsin has seen a tightening labor market in the last few years, with the unemployment rate steadily registering 3 percent or lower in nine months

Kurt Bauer, president and CEO of Wisconsin Manufacturers & Commerce, said that the association has about 3,800 members, half of which are manufacturing companies. Around 80 percent of the members have seen a labor shortage in one way or another.

Ian Robertson, dean of the University of Wisconsin-Madison college of Engineering, said the college has 800 graduates every year. They have about 6,000 job opportunities to choose from, most of which are outside of the state.

To meet the demand for engineers, the college plans to expand their enrollment from around 4,500 to 5,200 in the next few years. But after graduation, how many of the students will be hired by Foxconn is hard to say.

Robertson said many companies in need of engineers tend to build long-term relationships with the university by establishing labs and offering internships. "Foxconn is just one of them," he said.

In Foxconn's case, the average salary it promised is US$54,000 a year, obviously lower than the average salary for engineers in the state, which is about US$60,000. In addition, having employees work 50-60 hours a week would be difficult.

"The US educational system is probably not even generating enough for the current demand in the United States with the economy strong and high-tech industry developing well," said Jason Dedrick, professor at the School of Information Studies at Syracuse University.

According to Prof. Dedrick's estimate, the cost of an iPhone will rise by US$30 if Apple moves its final assembly lines to the United States

"You already have a lot of companies, Google, Facebook, Amazon and so on, competing for those engineers. Apple or rather its suppliers, will be trying to hire engineers in a market that's already pretty tight. It would not be really easy to do that hiring really quickly," he added.

According to Prof. Dedrick's estimate, the cost of an iPhone will rise by US$30 if Apple moves its final assembly lines to the United States. If Apple manufactures components and assembles them in the country, the cost will go up by US$100 with the investment, labor and logistics involved.

What's more, the relocation to the United States would also see rising prices of many supplier items produced outside the United States, including semi-conductors, processors, memory, displays, batteries, the plastic and metal enclosures.

"Our industry involves highly customized products. It requires both strong research and development ability and industry scale. So, moving the supply chain would be a long shot," said Meng Wu Peng, deputy general manager of Lens Technology, which manufactures cover-glass for smartphone brands such as Apple and Samsung.

Foxconn has hinted for months that it might shift focus to research and development facilities rather than large-scale manufacturing, casting doubts on its ability to live up to its promises.