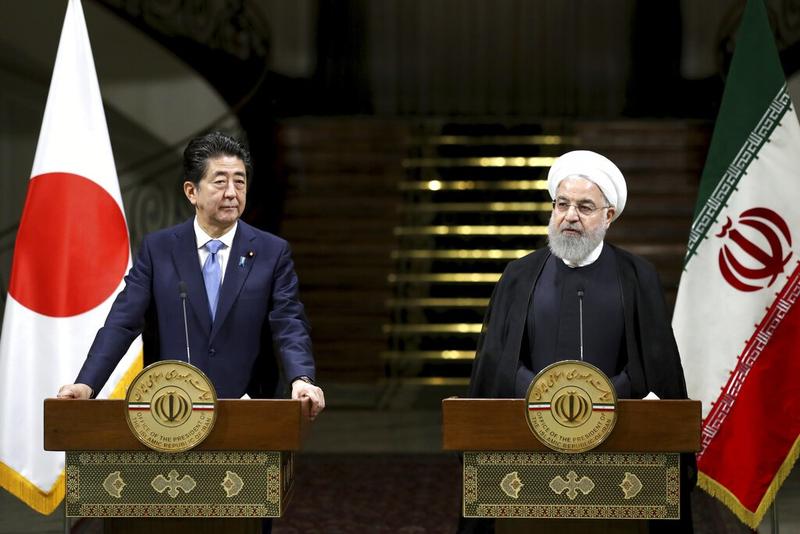 TEHRAN — Japanese Prime Minister Shinzo Abe traveled to Tehran on Wednesday to warn that an "accidental conflict" could be sparked amid heightened tensions between Iran and the US, a message that came hours after Yemen's Iranian-backed Houthi rebels attacked a Saudi airport, wounding 26 people.

Abe's trip is the highest-level effort yet to de-escalate the crisis as Tehran appears poised to break the 2015 nuclear deal it struck with world powers, an accord that the Trump administration pulled out of last year. It's also the first visit of a sitting Japanese premier in the 40 years since the Islamic Revolution.

But success may prove difficult for Abe, as the Houthi rebel attack on Saudi Arabia's Abha regional airport underscored. At least 26 were injured in the attack, which is just the latest in a wave of rebel drone and missile attacks targeting the kingdom.

Abe called for "more patience" on all sides in the crisis, which he warned could spiral out of control

Iran is threatening to resume enriching uranium closer to weapons-grade level on July 7 if European allies fail to offer it new terms.

While US President Donald Trump says he wants to talk to Tehran, the US has piled on sanctions that have seen Iran's rial currency plummet along with its crucial oil exports. The US also has built up its military in the Middle East.

The US blames Iran for the Houthi assaults, as well as a mysterious attack on oil tankers off the coast of the United Arab Emirates.

Abe called for "more patience" on all sides in the crisis, which he warned could spiral out of control.

"At the moment tension is rising. We should do anything we can to prevent an accidental conflict from happening and Iran should play its constructive role," Abe said in an address to journalists after talks with Iranian President Hassan Rouhani.

Rouhani for his part iterated a warning that Iran would offer a "crushing" response if attacked by the US. He also claimed that Japan wanted to again buy Iranian crude oil, something it had stopped under threat of US sanctions. Abe did not acknowledge expressing that in their talks.

Neither leader took questions from journalists. 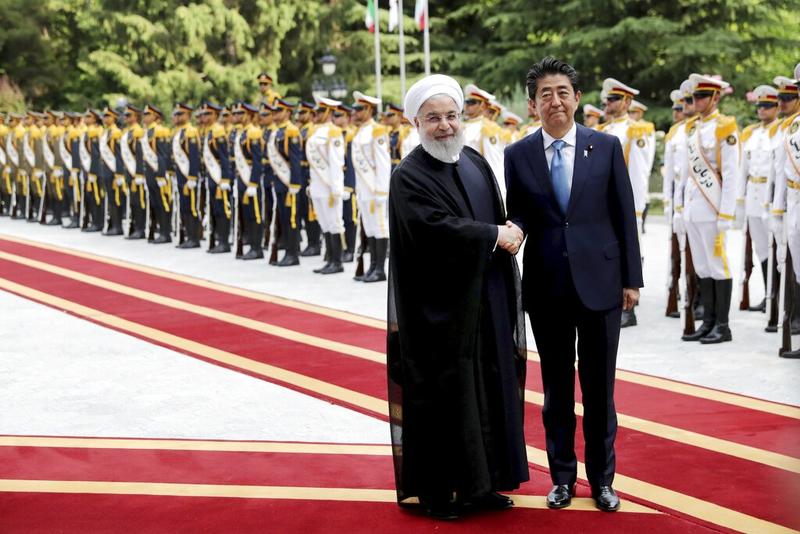 Abe's plane landed at Tehran's Mehrabad International Airport on Wednesday afternoon where he was greeted by Iranian Foreign Minister Mohammad Javad Zarif. He immediately met Rouhani at the Sadabad Palace in northern Tehran, where soldiers on horseback bearing the Iranian and Japanese flags accompanied his car.

The Japanese premier was seen as an interlocutor for Trump. Abe had just invited the American president to Japan last month and is in the process of negotiating with him over economic issues as well.

Middle East peace is a must for Japan, which gets most of the oil fueling its economy from there. Recent threats from Iran to close off the Strait of Hormuz, the narrow mouth through which a third of all oil traded by sea passes, have raised concerns.