When toons come out to play

Editor’s note: Not content with being one of Hong Kong’s leading comic book creators, Lai Tat Tat Wing recently made a movie-and-theater experience based on one of his most popular titles, The Pork Chops Inferno. Lai spoke to China Daily Hong Kong about his creative inspirations, noting he didn’t want audiences to see his work as “funny”. 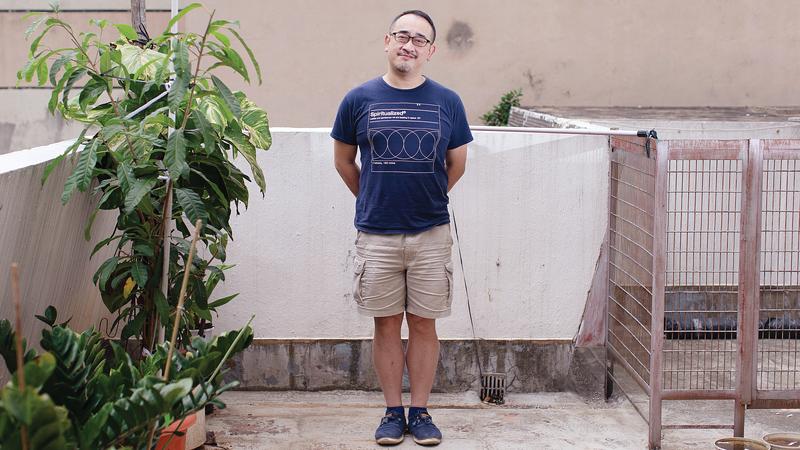 The comic books you created have enjoyed a following almost ever since you began publishing them more than 20 years ago. What made you think The Pork Chops Inferno book would lend itself to an immersive theater experiment?

It’s a story about seven people, trapped in a burnt-down office. They have been turned into spirits and therefore can’t touch anything unless it’s burnt, so they’re in need of a cigarette lighter. It’s a property retail office where they would deal in large properties when they were alive. Now the only thing they want to get hold of is a lighter.

In the story, I was alluding to the Chinese practice of burning spirit money in remembrance of the dead and at the same time channeling the scene in William Golding’s Lord of the Flies where the children marooned on an island after a plane crash scramble to get hold of a piece of glass as it is useful to light a fire.

For the theatrical version, I adapted my graphic novel to the extent that it’s almost a new story. Like the graphic novel, its stage adaptation has no dialogue and is completely image-driven. The seven stories in it all take their cues from stories familiar to children, like The Boy who Cried Wolf, Pinocchio and the novel Moby Dick.

So how is the audio-visual storytelling different from that in the physical book?

A reader of a comic book can control the timing, flip through pages and choose the ones he likes, read backwards if he wants to. The tools used in the theatrical version are different, namely video images projected on the big screen and actors performing live. In comics you can do close-ups and show a lot of detail; in theater you cannot do that. On the other hand, pages or a detail from the comic book projected on the big screen could be manipulated by regulating the lights, using fade in and fade out, pausing the image, showing a digital simulation of images from the book going up in flames on the screen. The projections are simultaneously on the screen, walls and floors, creating a shadow effect. 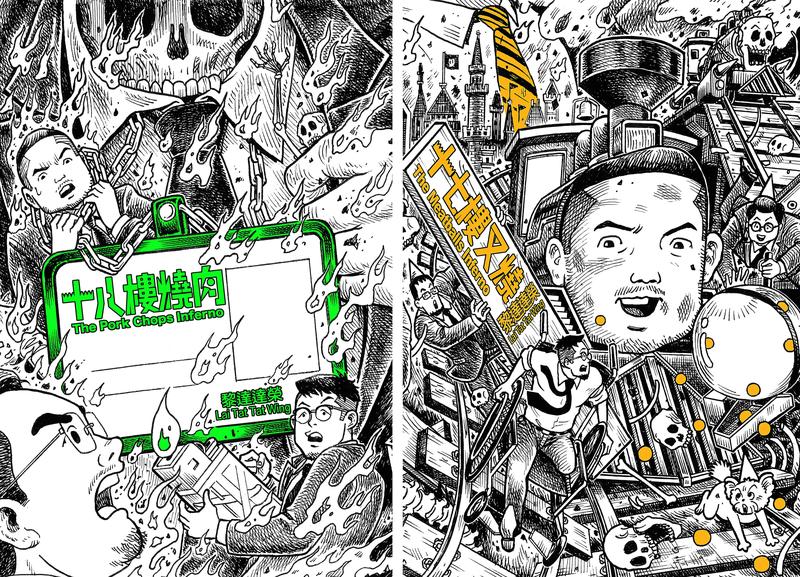 What did you expect the audience to take away from the experience?

I hope the show had a calming effect on the audience.

But isn’t it a story of great agitation? Everything is up in flames and collapsing…

I am a very strange person. Even while the images show a collapse or chaos, the music playing in the background might suggest a totally different mood altogether. I chose particularly soothing, calm, slow, even romantic music to which the actors can do a slow ballroom dance. The combination is meant to give the audience more scope for using their imagination. So the idea here might be quite something other than what you see.

You mean you want the audience to have a cathartic experience after watching scenes of great turmoil?

The tension between the physical and digital realms seems to be the theme in another of your works, Pages to Pages. Is that also true of The Pork Chops Inferno, especially in its theatrical version?

Well, the book and its stage adaptation are informed by the same idea. In fact, I see the theater version as one of the three parts of the total experience. Part 1 is reading the comic book. Part 2 is experiencing the show in a theater. After watching the show, audiences get a copy of The Pork Chops Inferno Part 2. Reading this new book at home is the third segment of the experience.

These three works are quite different from each other, although the common threads holding them together are the seven characters. In Part 1, they are trapped in the comic book. In Part 2, the actors playing these characters are trapped in the theater. And in Part 3, they are back inside another book. However, I’d rather the audience worked out these connections for themselves. 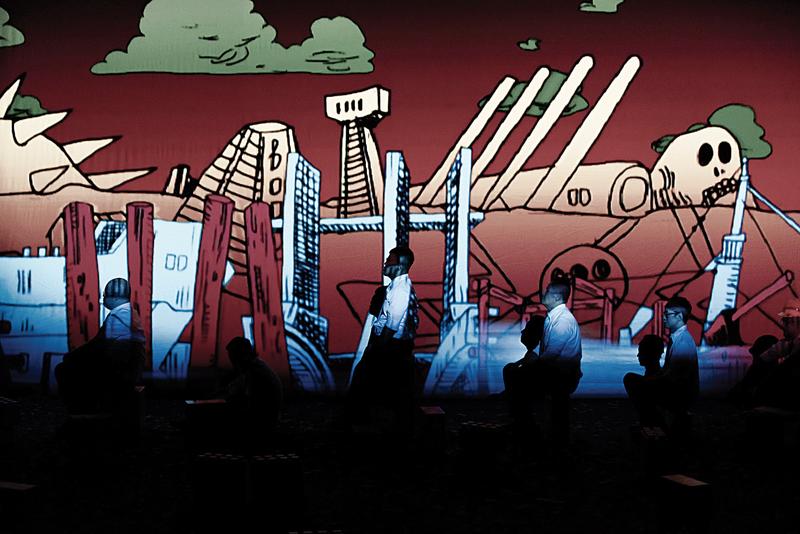 The Pork Chops Inferno could be read as a comment on global warming and carbon emissions. Would you say the general lightheartedness about your work could be an effective tool for conveying serious ideas and making a difference?

I believe I am a funny person with crazy ideas. But I don’t want people to see my work as funny. So I do not consciously design funny characters, but then fun might surface from what I draw. It’s up to the audience to recognize it. Also if the actors find something funny in the script or the silent film being screened and respond to it, that’s up to them.

I want the audience to get a feel of watching a silent film in a cinema, with live actors on stage, reacting to the images playing on screen.

In fact, when I began publishing comics in 1997, most of my books were for children. I got a commission from a children’s magazine to create a serial comic strip. After a while the editor told me, “It’s not working. There are too many dialogues.”  I was underestimating a child’s ability to grasp things. There was a lesson in it that appealed to me, namely, “less is more”. From then on, I decided to use as little dialogue as I could and after a point my comic books had no dialogue in them at all.

For an earlier Zuni Icosahedron production of BAUHAUS Magic Flute, I translated the lyrics from Mozart’s original opera directly into Cantonese. The show is about conjuring up a child’s world, helping them to develop a sense of color, smell and touch, following the Bauhaus model. In the latest version, we have done away with all original dialogue, taking a completely minimalistic approach.

Funnily, after the show children start singing the songs they have heard only once. They keep singing a single-word song, with music by Mozart.

How did the paper puppet workshops go down with the children?

I gave the children the option to choose more than two eyes for the puppets they made. This was to help them realize that art could be different from the usual familiar physical realities. Some of them asked me: “Can we give more than three eyes to the puppets in that case?” As you know, children have no boundaries.

All art is based on certain simple rules, and it is easy to link these up. Multi-disciplinary and participatory art-based education is being favored in Hong Kong’s schools. School authorities appreciate our effort in using theater as a means of education.