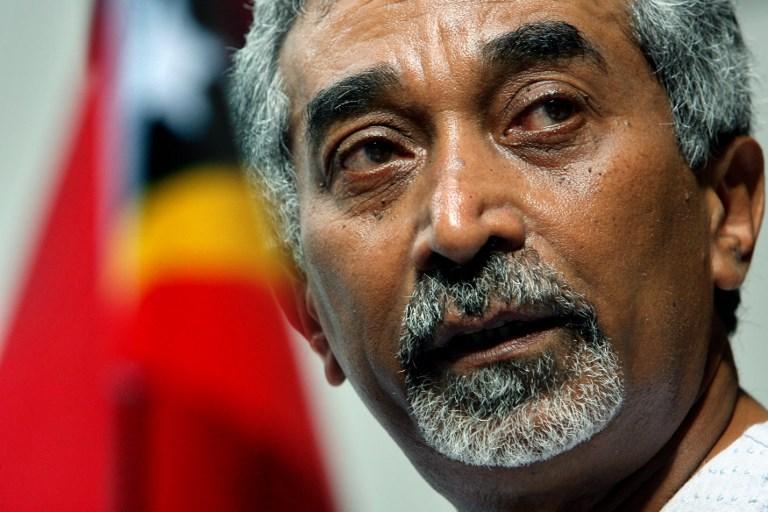 The secretary general of the ruling party Fretilin, Mari Alkatiri, answers a question during a press conference in Dili, 26 June 2007. (JEWEL SAMAD / AFP)

DILI - East Timor is set to swear in Mari Alkatiri for a second stint as prime minister, the country's president said on Thursday, with Asia's youngest democracy facing stiff challenges to boost a flagging economy heavily reliant on oil and gas.

Alkatiri, the secretary general of the Fretilin party, was East Timor's first prime minister after independence from Indonesia in 2002. He stood down in 2006 after a wave of unrest sparked by the sacking of 600 soldiers.

Today I announce to all the people that the president of the republic ... has nominated Dr. Mari Alkatiri to become the prime minister

"Today I announce to all the people that the president of the republic ... has nominated Dr. Mari Alkatiri to become the prime minister," President Francisco "Lu Olo" Guterres told a news conference.

Guterres called for people to remain calm and said Alkatiri would form a minority government. He expected Alkatiri's swearing-in to be held either later on Thursday or on Friday.

"The most important thing is the politicians need to think about how to maintain government stability in the future and ensure peace," he said.

Fretilin, or the Revolutionary Front for an Independent East Timor, won the most votes in July's election but failed to get an outright majority. It intends to form a coalition with the small Democratic Party.

It had been in a de facto coalition since 2015 with the National Congress for Timorese Reconstruction, a party founded by former independence fighter Xanana Gusmao.

Alkatiri, who is a Muslim in the predominantly Roman Catholic nation, spent several decades living in exile in Mozambique during East Timor's struggle for independence.

The next prime minister will face pressure to lift flagging oil production in the tiny nation of 1.3 million people, where unemployment and poverty remain high.

Dwindling output from existing oil and gas fields, compounded by the slumping prices of the commodities, have hit the government's budget and crimped its ambition to develop manufacturing as an engine for economic growth.

Australia and East Timor reached a breakthrough agreement earlier this month on a maritime border, ending a decade-old row that has stalled a $40 billion offshore gas project.

The long-running dispute has led the owners of the Greater Sunrise fields - Woodside Petroleum, ConocoPhillips, Royal Dutch Shell and Japan's Osaka Gas - to shelve the project.