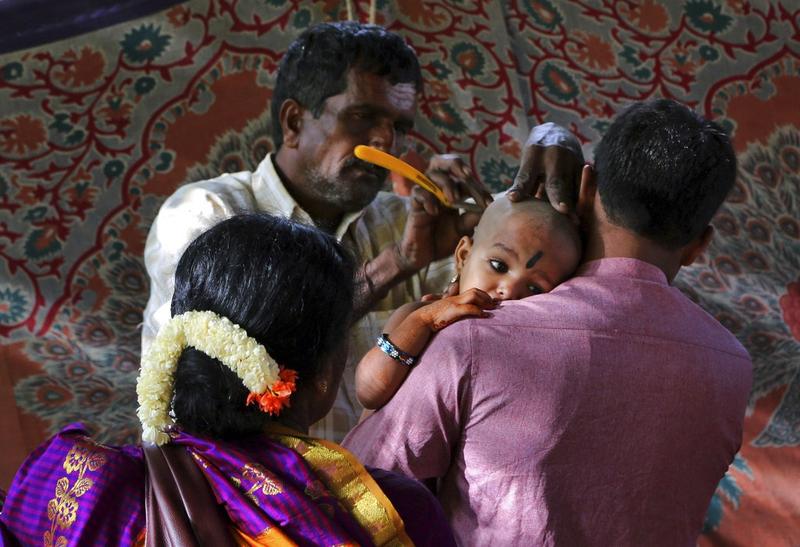 In this Aug 8, 2015 file photo, devotees of Hindu god Muruga get the head of their child shaved as part of rituals at a temple in Bangalore, India. Indian police say three men robbed a small New Delhi workshop and fled with a valuable commodity: Hair. (AIJAZ RAHI / AP)

NEW DELHI — Posing as customers, three men entered a little New Delhi workshop early one morning. Then one pulled out a gun, and the trio demanded the most valuable thing there: Hair.

Hair is big business in India, estimated to bring in more than US$300 million a year, with wigs and hair extensions exported around the world

They left behind a wig-maker deep in debt.

"People think wigs are cheap but they cost a fortune to make," Jahangir Hussain told The Indian Express newspaper after the robbery last Friday.

He said he had borrowed more than US$17,000 to buy hair last month from South Indian wholesalers.

"We breathe life into dead hair," said Hussain, who proudly says his wigs can last a decade if they are cared for properly.

Hair is big business in India, estimated to bring in more than US$300 million a year, with wigs and hair extensions exported around the world. Much of the hair is collected at Hindu temples in South India where devotees have their heads shaved as a form of religious sacrifice. 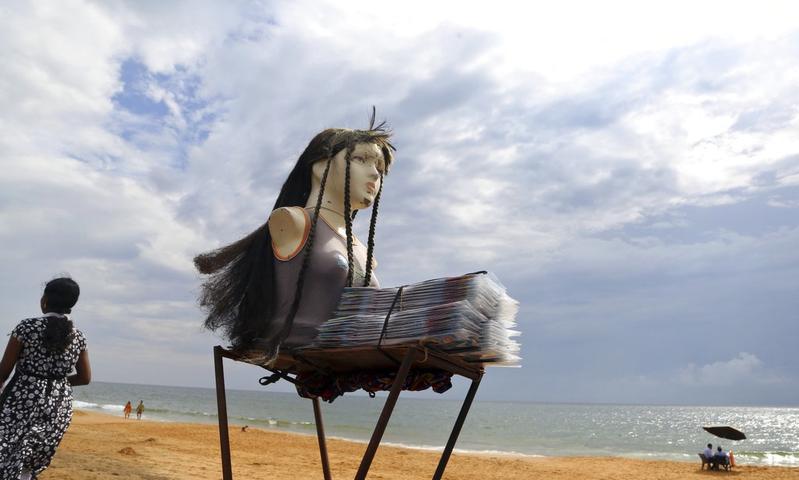 In this Nov 8, 2017 file photo, a mannequin stands on a makeshift stall put up by a vendor selling hair decorating items for women at the Shangumugham beach on the Arabian Sea coast in Thiruvananthapuram, Kerala state, India. (AIJAZ RAHI / AP)

The best-known temple for tonsuring, as the practice is known, in the town of Tirupati, collects hundreds of tons of hair every year, auctioning it off for millions of dollars.