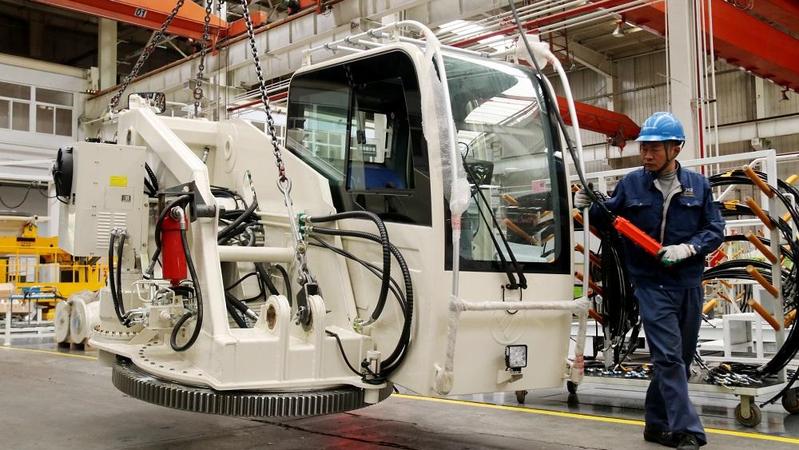 BEIJING - China's economy expanded 6.9 percent in 2017, picking up pace for the first time in seven years.

But it's not only the speed or quantity of growth that may make China a sustained engine for global economic growth. With policymakers reiterating the importance of "high quality growth," China's economy is entering a new era.

head of the National Bureau of Statistics

While exceeding market consensus of around 6.8 percent, the 6.9-percent growth rate in 2017 was also well above the official target of around 6.5 percent, and 6.7 percent in 2016.

Wang Hanfeng, an analyst with China International Capital Corporation, said that the pick-up signaled that China's economy has entered a new phase of development.

"The acceleration added to evidence that the economy passed a turning point in 2016 and continued upward on the back of industrial and consumption upgrades," Wang said.

Growth in the fourth quarter came in at 6.8 percent, unchanged from the rate seen in the third quarter, NBS data showed.

The Q4 data was driven by a robust expansion of the service sector, as it continued to benefit from China's economic rebalancing, Nomura said in a research note.

"Given these stronger-than-expected Q4 GDP data, we have decided to raise our 2018 growth forecast by 0.1 percentage point to 6.5 percent," it said.

The new era's basic feature is a shift from high-speed growth to high-quality development, according to a statement issued after the Central Economic Work Conference in December.

New-energy vehicles, industrial robots, solar power and integrated circuit outshone most other industries in terms of output, growing 51.1 percent, 68.1 percent, 38 percent and 18.2 percent, respectively, year on year, contributing to a pick-up in industrial output growth in 2017.

On the other hand, mining and cement sectors saw their output decline 1.5 percent and 0.2 percent, while the textile and coal industries only grew 4 percent and 3.2 percent.

"New growth drivers are increasingly important for the economy, contributing more than 30 percent of growth and 70 percent of new jobs," said Tang Jianwei, an analyst with the Bank of Communications.

The growth came despite government measures to contain risk, which should have dampened growth.

In 2017, stricter rules were adopted to curb pollution, local government debt, housing speculation and financial irregularities. All these "reductions" add up to a more sustainable growth model.

"The fact that the economy rebounded despite pollution controls and deleveraging showed that the real economy is improving, leaving room for risk control in 2018," said Liu Dongliang, an analyst with China Merchants Bank.

When asked if such battles would weigh on growth in 2018, Ning hinted that he would not worry too much.

"When we talk about keeping the economy running within a proper range, we should not only look at the growth pace but also employment, income growth and improvement in the environment. After all, that's what economic development really means," Ning said.