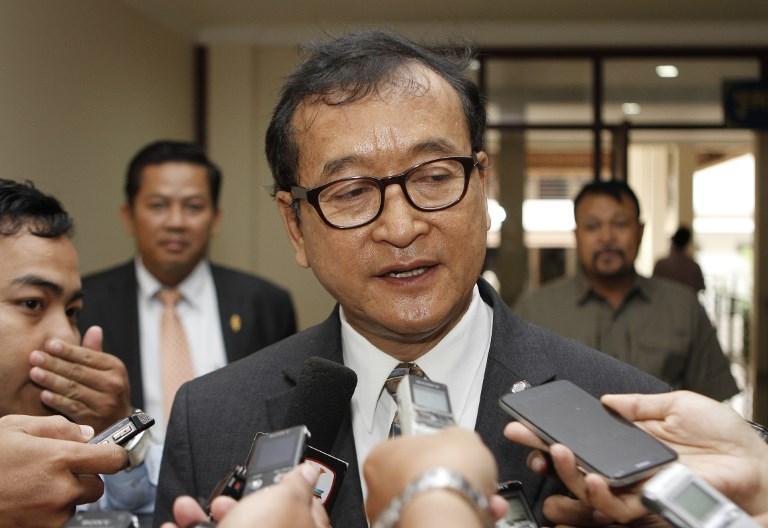 PHNOM PENH - A Phnom Penh court on Friday found veteran opposition chief Sam Rainsy guilty of defaming Prime Minister Hun Sen and ordered him to pay damages of US$1 million, the latest blow to an opposition crippled by legal cases this year.

Sam Rainsy's opposition Cambodia National Rescue Party (CNRP) was dissolved by the Supreme Court last month in a decision that also banned more than 100 CNRP lawmakers from politics ahead of a 2018 general election.

ALSO READ: Cambodian PM vows to stay in power for at least another decade

Rights groups have decried an ongoing crackdown against the political opposition and independent media. One group called the CNRP's dissolution the death of democracy in the country.

Hun Sen filed a US$1-million defamation lawsuit against Sam Rainsy in January and accused him of defamation over claims he made in France that month that Hun Sen bribed an activist to break up the CNRP.

A judge at the Phnom Penh Municipal Court on Friday found Sam Rainsy guilty and ordered him to pay Hun Sen US$1 million in damages and a fine of US$2,500. It gave him a month to appeal.

Sam Rainsy, who resigned from the CNRP in February but rejoined last month, lives in exile in France.

Defamation convictions that he calls politically motivated drove him to flee Cambodia for France in 2015.

In an interview with Reuters last month, Sam Rainsy said Cambodia was at a "tipping point".

"I think that the court's verdict this morning did not provide justice to His Excellency Sam Rainsy", Sam Sokhon told Reuters. "I will discuss with him to appeal."

Earlier this week Hun Sen vowed to extend his more than 30 years in power by at least another decade.