The power of dialogue 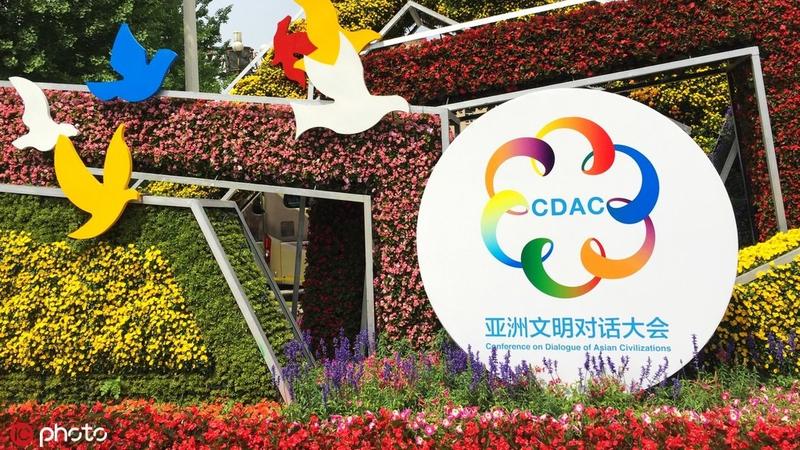 The opening ceremony of the Conference on Dialogue of Asian Civilizations is held in Beijing on May 15, 2019. (IC)

BEIJING - More than 1,300 years ago, Chinese Buddhist monk Xuanzang traveled thousands of miles to the revered Indian monastery of Nalanda, where he studied Buddhism for five years under the guidance of Abbot Silabhadra.

The two legendary Buddhist masters' interactions were much more than personal exchanges. Their conversations have been considered one of the highlights of the long-running dialogue between the two ancient Asian civilizations.

History shows that civilizations thrive as they learn from each other. In the current world, dialogue among civilizations, especially on the Asian continent, carries unique significance

In the ancient Greek language, Asia means "the Land of Sunrise." Over the millennia, the continent has been the cradle of many diverse civilizations on the Mesopotamia Plain, in the Indus Valley and Ganges River Valley, as well as along the Yellow River and the Yangtze River.

In olden times, dynamic business exchanges along the ancient Silk Road trade routes and enlightening pilgrimages by Buddhist monks or Muslims have made dialogue between civilizations not only a reality, but also a tradition.

Today, as delegates from Asia and beyond gathered in Beijing for the first Conference on Dialogue of Asian Civilizations (CDAC), which opened on Wednesday, a brand new platform for exchanges and mutual learning among civilizations is taking shape.

History shows that civilizations thrive as they learn from each other. In the current world, dialogue among civilizations, especially on the Asian continent, carries unique significance.

During the medieval period of Europe, the Abbasid Caliphate of the Arabic world launched a movement to translate ancient classics that recorded Greek and Roman knowledge.

The translation movement saved the old wisdom from perishing with the fall of the Roman Empire, and enabled the European cultures in later times to revive in the Renaissance.

For Asian countries, exchanges between civilizations can also help them rediscover their identity on the world stage in this new and changing era.

Beijing's message is loud and clear. It has chosen conversation over confrontation with a deep belief that boosting inter-civilization dialogue can help nations around the world shrink trust deficits, promote mutual understanding and friendship, and thus bolster their cooperation

There was a time when Asia was the envy of the world, a land of great empires and home to ancient philosophers, poets and writers. Algebra, the astrolabe, paper and printing were invented here.

Over the past decades, Asian nations have shaken off the yoke of imperial colonialism, achieved independence, accumulated miraculous economic and social progress, and inched back to the center stage of the international arena.

A recent Financial Times report predicts that Asian economies, as defined by the UN Conference on Trade and Development, will be larger than the rest of the world combined in 2020 for the first time since the 19th century.

As a whole, Asia is capable of making larger contributions to human civilization and world prosperity.

At present, platforms and mechanisms for regional cooperation such as the Boao Forum for Asia, the Association of Southeast Asian Nations and the Shanghai Cooperation Organization are maturing. The China-proposed Belt and Road Initiative, which aims to build trade and infrastructure networks connecting Asia with Europe and beyond, also heralds a stronger connectivity of peoples and cultures.

The dialogue conference came with the recent public invoking of "clash of civilizations" worldview in the West, which is dangerously irresponsible and may lead to hatred and confrontation.

Beijing's message is loud and clear. It has chosen conversation over confrontation with a deep belief that boosting inter-civilization dialogue can help nations around the world shrink trust deficits, promote mutual understanding and friendship, and thus bolster their cooperation.

In this age of growing interdependence when the international community is grappling with a string of non-traditional security threats such as terrorism, refugee crises and climate change, no single nation or civilization can stand alone.

To meet common challenges and create a better future for all, China looks to culture and civilization to play their role, which is as important as the role played by economy, science and technology, said Xi while addressing the opening of the CDAC.

The conference, he added, is convened just for this purpose, as it creates a new platform for civilizations in Asia and beyond to engage in dialogue and exchanges on an equal footing to facilitate mutual learning.

And in that process, dialogue and cooperation are the only sure path leading towards a better world for all, or in Xi's words, a community with a shared future for mankind.