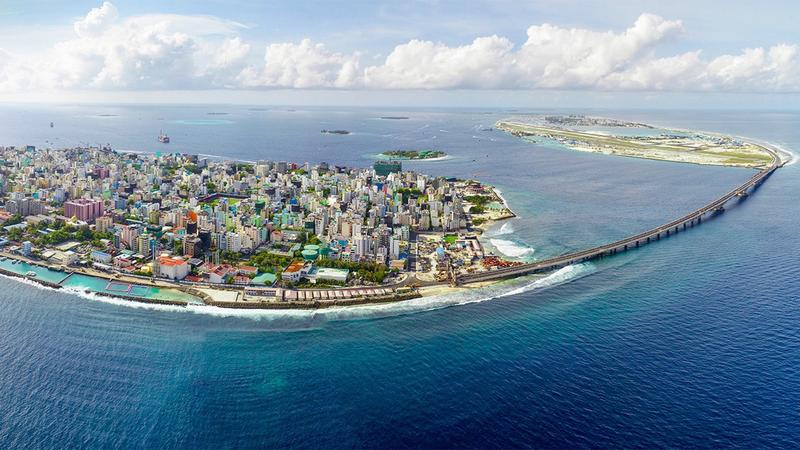 As New China marked its 70th anniversary with a spectacular military parade and major celebrations across the country, the world's second-largest economy's global role came under the international spotlight.

Under President Xi Jinping, the country is playing an increasingly significant role on the world stage.

Landmark initiatives such as the Belt and Road, unveiled in 2013, and the Asian Infrastructure Investment Bank, which has 74 members worldwide, are addressing the global infrastructure deficit.

Xi has also been a strong champion of the benefits of globalization, as set out in his address to the World Economic Forum in Davos, Switzerland, in January 2017.

His overarching philosophy for global cohesion is his concept of "a community with a shared future for mankind", with countries working together to find solutions to global problems.

Xi's commitment to eradicating poverty is seen as a model worthy of imitation throughout the developing world.

By the end of next year, the government is committed to ending extreme poverty in China in time for the 100th anniversary of the founding of the Communist Party of China in 2021, when the country aims to be "a moderately prosperous" society.

China is also aiming to set the agenda on climate change with environmental technology becoming one of its flagship industries, and with the goal set by Xi of achieving a "Beautiful China" by 2035. 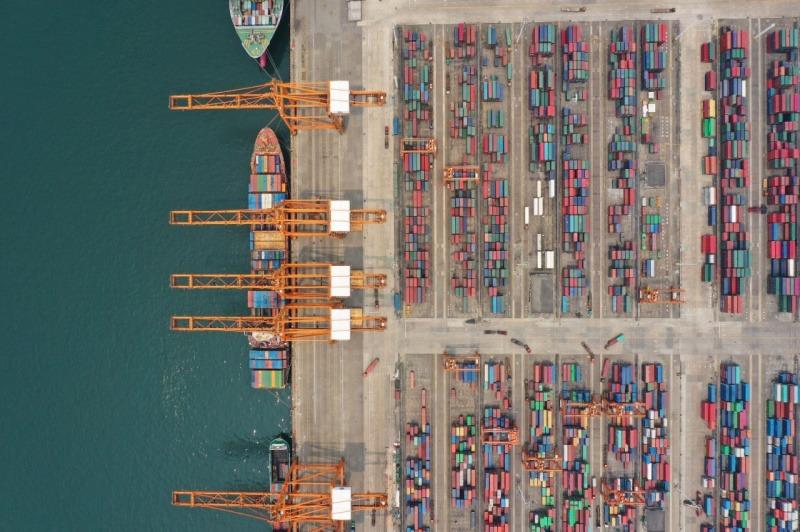 Wang Huiyao, founder and president of the Center for China and Globalization, an independent think tank based in Beijing, said the 70th anniversary is taking place at a time when China's economic and cultural soft power are at an all-time high.

"This is why the thinking behind the new era is so important. China has to reposition itself in terms of dealing with the rest of the world. The emphasis on a shared future for mankind, where there are shared interests, prosperity and responsibility, is the right course of action," he said.

Simon MacKinnon, chairman of Xeros Technology Group, a technology platform company in Shanghai, who witnessed Xi's speech in Tian'anmen Square, said China now has clear direction. "It (the speech) signaled again that China is committed to its own unique and long-term development path, planning decades ahead," he said.

Parag Khanna, an international relations specialist and author of The Future is Asian: Global Order in the 21st Century, said the ability of the State to deliver is increasingly impressive.

"What you see is this growing confidence in government capacity. You have seen this over the past 10 to 15 years, but particularly over the past five. This has happened while Western countries have turned inward and become more protectionist," he said.

Confidence in the government to deliver was very much in evidence during the National Day celebrations.

Jin Keyu, associate professor at the London School of Economics, said it is striking that Chinese people have confidence in their government, which is in marked contrast to their counterparts in the West.

"That is the critical difference between China and the rest of the world. It is the belief that the utilization of State capacity can improve the economy and better people's lives," she said. 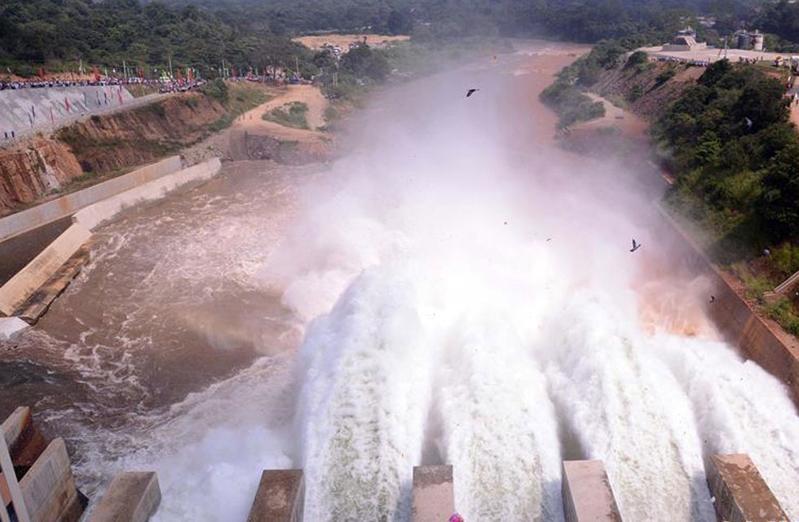 A reservoir built by Power Construction Corp of China is the largest irrigation project in Sri Lanka. (PHOTO / XINHUA)

Jin said that in the West, governments are not seen as important players, with their credibility weakened further by falling living standards after the global financial crisis of 2007-08.

"People are against big government. They are against the notion of state intervention. This was not the case in the past," she added.

Kishore Mahbubani, distinguished fellow at the Asia Research Institute at the National University of Singapore, said there was an acknowledgment that, despite the celebrations, China faced headwinds, particularly the ongoing trade dispute with the US.

The former diplomat said Xi's speech in Jiangxi province in May, in which he made clear that the Chinese must prepare for a new Long March, was indicative of that. The original Long March, from 1934 to 1936, laid the foundation for the CPC's eventual victory over the Kuomintang in 1949 and the foundation of New China.

"The metaphor of the Long March is very appropriate because we are approaching a more difficult economic environment, with global growth slowing, incomes not likely to rise as fast and an altogether different and more difficult environment," Mahbubani said.

Mark Leung, China CEO at global asset manager JP Morgan, believes some of the trade headwinds will be offset by the opening up of China's financial markets, which could be one of the global megatrends of the next few decades. 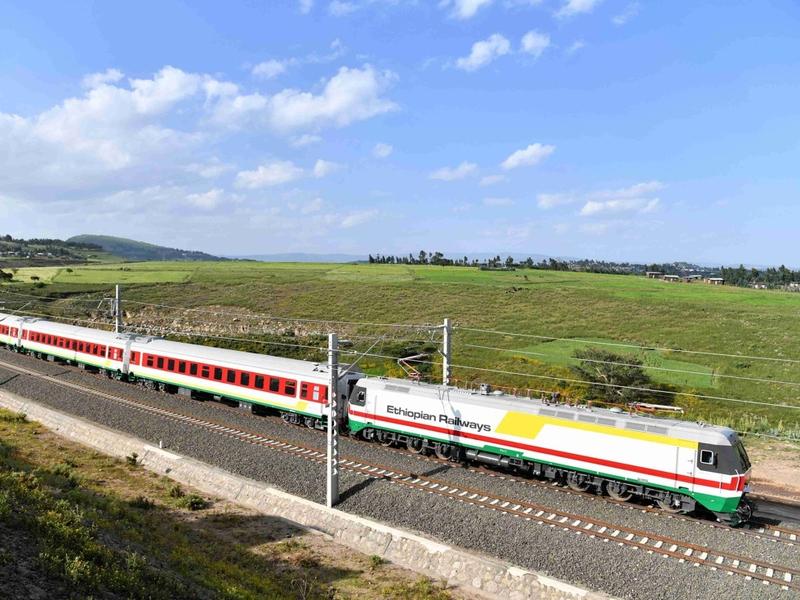 A train runs on a Chinese-built rail system in Ethiopia. (PHOTO / XINHUA)

Overseas investors currently hold only 2.3 percent of China's equities and bonds, and this proportion is set to soar.

"For foreign investors, access to China's financial sector means massive potential growth. China has the world's second-largest equity market, worth US$7.4 trillion, and the third-largest bond market, worth US$12 trillion. China represents one of the largest opportunities for many of our clients," Leung said.

Rana Mitter, director of the University of Oxford China Centre, believes one area where China could now make a major contribution as it marks its 70th anniversary is on climate change, particularly with its 2035 target to clean up its own environment.

"This is where the world expects China to provide a clear big role, and it is an area in which its global reputation will be tested. People very much want China to play that role," he said.

"It has made major strides in addressing the climate change challenge by investing in technology. It is also the case that, because of the sheer weight of its own carbon burden, that it is also incumbent on China to make a particular effort. If it were to become the greenest economy in the world, that would be something of huge historical significance."

Those observing the anniversary celebrations in the developing world continue to see China as a role model.

Bukola Ogunsina, editor of the Sunday edition of the Leadership newspaper in Nigeria and a prominent African journalist, said initiatives such as the Belt and Road and the Forum on China-Africa Cooperation, which has held two major summits during Xi's time in office, have had a significant impact on the continent.

"We can say that through the benefits brought about by these programs, roads have been constructed, rail transportation developed, with other (projects) under construction," she said. 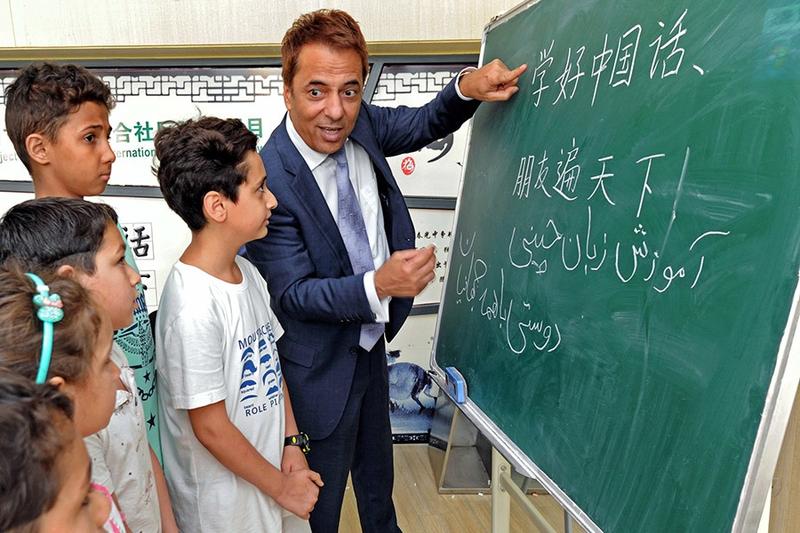 One area where China has been transformed over the past 70 years is technology - tith the country emerging from being a backward agrarian society to the prospect of becoming a global leader in technology by 2035, one of the aims of the new era.

Edward Tse, founder and CEO of management consultancy Gao Feng Advisory, believes this can be achieved.

"Looking 16 years ahead, you can make a number of predictions as to what China is going to achieve in its new era, and you are talking about it becoming a leader in disruptive technologies like the internet of things, artificial intelligence and also, of course, in 5G, where it has already established a lead," he said.

Tse, author of China's Disruptors: How Alibaba, Xiaomi, Tencent, And Other Companies Are Changing the Rules of Business, said the strength of China's technological effort lies in how the central government is driving it from the top down.

"Local governments then become the glue to central government directions, incubating startups and giving them funding and creating this vast ecosystem, which also includes waves and waves of talented entrepreneurs," he said.

"You have got no other country operating like this. Yet you have this paradox where the West still thinks their way is the only way."

Wang, at the Center for China and Globalization, believes the country is now playing a role in the world that could not have been imagined in 1949.

"In its new era, it has a new confidence. It has demonstrated a commitment to globalization and wants to engage and partner with countries in a constructive but respectful manner," he said.