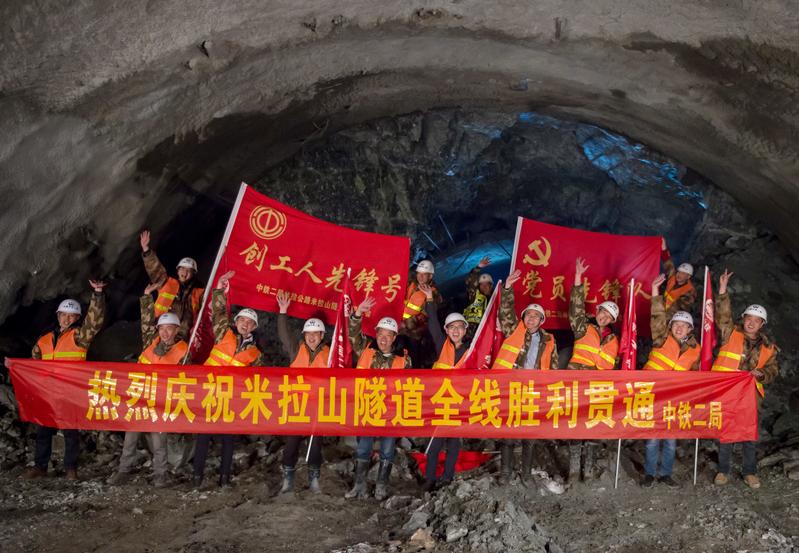 LHASA — The world's highest highway tunnel was open to traffic on Friday at an altitude of over 4,750 meters above sea level in southwest China's Tibet Autonomous Region.

The two-way tunnel is over 5.7 km long, which is a part of the 400-km highway linking the regional capital of Lhasa with Nyingchi in the southeast of Tibet

The two-way tunnel is over 5.7 km long, which is a part of the 400-km highway linking the regional capital of Lhasa with Nyingchi in the southeast of Tibet.
Construction of the tunnel started in 2015 on the 5,018-meter-high Mila Mountain, and it was completed on Monday, helping shorten the 18-km distance over the mountain to 5.7 km.

Gong Bin, project manager of Mila Mountain Tunnel of the China Railway No 2 Bureau, said that more than 10 technological breakthroughs have been made in the course of the construction, such as improving the survey accuracy of mountain tunnels in extremely cold weather and at high altitudes.
He said in addition to coldness and lack of oxygen, over 2,000 construction workers faced the challenges of the inconvenience of transporting living and construction materials to the site.

"We have worked here for more than four years and lived in makeshift houses at the entrance to the tunnel," said Xu Yong, Party chief of the construction project.
He said the highway is an important channel to the eastern part of Tibet, which can help boost tourism, industrial development and bring traffic convenience to local people.