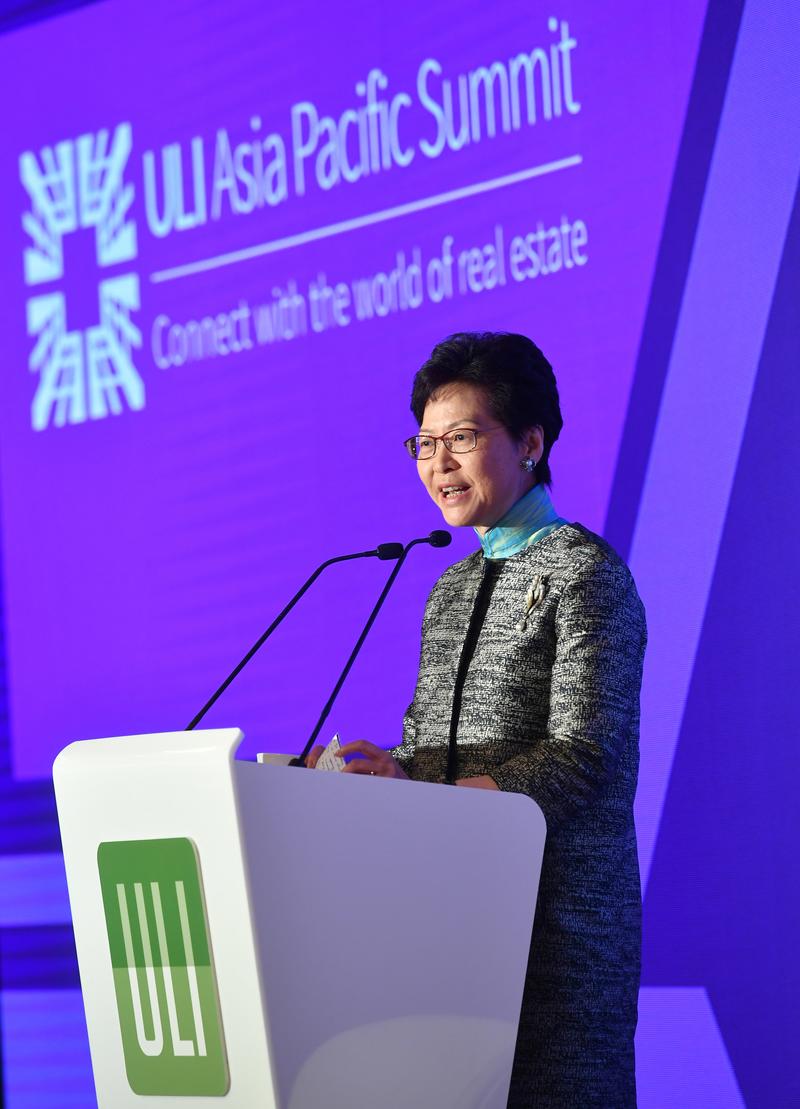 HONG KONG - Hong Kong Chief Executive Carrie Lam Cheng Yuet-ngor on Wednesday called on the city to be more open to different land supply options in a bid to reach a broad consensus on where land should come from.

She noted that she understands different people and political groups have different opinions on the issue, but Hong Kong cannot move on if no one is willing to compromise.

She also shared her feelings about being the city’s leader, describing her service since her inauguration last July as “enjoyable and relaxed”

She recalled having just one holiday trip to Guilin with her family in the past year, during which she also needed to meet with local officials and shoot a high-speed railway promotion video.

Though extremely tough and full of challenges, the work has made her feel fulfilled, Lam said.

“Keeping is harder than winning,” Lam said, adding that her major task is to maintain what Hong Kong had achieved and make it better.

Lam will start a 13-day tour to Europe next Wednesday to promote Hong Kong and explore collaboration opportunities in six cities across three countries.