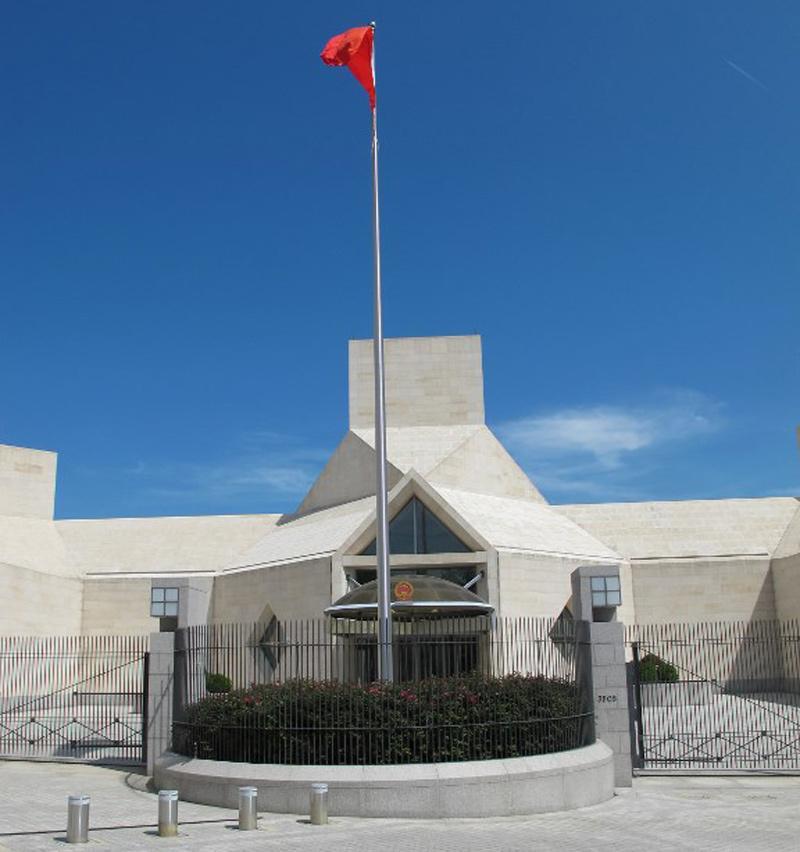 This May 18, 2012 photo shows the Chinese Embassy in Washington, DC. (ROBERT MACPHERSON / AFP)

For Beijing and Washington, cooperation leads to win-win outcomes whereas confrontation results in mutual losses.

On Monday, US President Donald Trump announced the national security strategy, which labeled China and Russia as Washington's "competitors" and "rival powers" seeking to undermine US national interests on all fronts.

The Chinese spokesperson said peace and development are the theme of the present times and the common aspirations of all. Any effort against this would be inappropriate and end up being discarded.

Also, the attempt to put the national interests of some countries above that of other countries and the international community reflects self-centeredness that would lead to nowhere but self-isolation, the Chinese official added.

The fundamentals of China's development lie in people's wellbeing, rejuvenation of the country, and global peace and prosperity.

The US effort to regard China as a rival, contradicting its previous claim to develop a partnership with China, goes against the interdependent nature of China-US ties as well as the two countries' efforts to cooperate in bilateral and international affairs.

For Beijing and Washington, cooperation leads to win-win outcomes whereas confrontation results in mutual losses, the spokesperson said.

The United State would be better advised to get accustomed to China's development and accept it, added the spokesperson.

The official suggested it is high time that the United States abandoned its outdated zero-sum mentality and worked with China on a common goal of prosperity and progress for all.