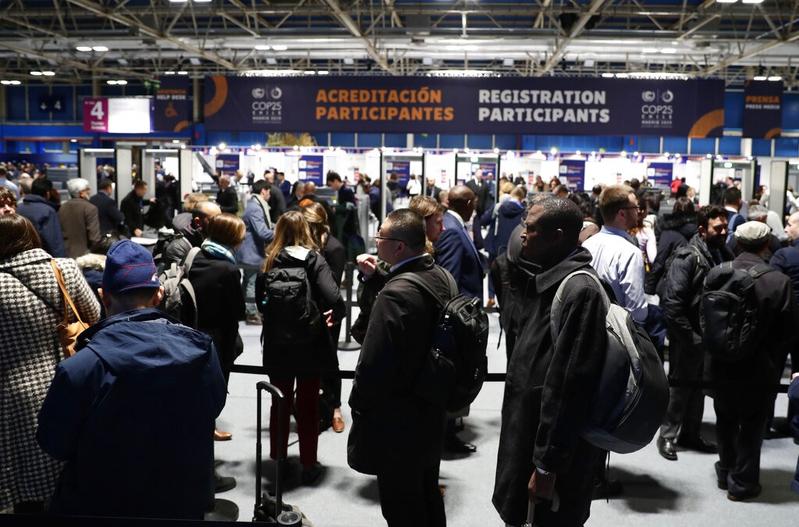 Attendees queue at one of the security control at the COP25 climate talks summit in Madrid, Dec 2, 2019. (MANU FERNANDEZ / AP)

MADRID - The United Nations opened a two-week climate summit in Madrid on Monday, where world leaders face growing pressure to prove they can muster the political will to avert the most catastrophic impacts of global warming.

The talks began against a backdrop of increasingly visible impacts from rising temperatures in the past year, with wildfires raging from the Arctic and the Amazon to Australia, and tropical regions hit by devastating hurricanes.

The conference aims to lay the final pieces of groundwork needed to support the 2015 Paris Agreement to tackle climate change, which enters a crucial implementation phase next year

Michał Kurtyka, Poland's climate minister who led the last round of UN climate negotiations in the Polish city of Katowice in December last year, said a surge in climate activism among young people underscored the urgency of the task.

READ MORE: UN chief warns of 'point of no return' on climate change

"Maybe the world is not moving yet at the pace we would like but my hope is still particularly with the young people," Kurtyka told the official opening ceremony of the talks at a vast conference centre in Madrid.

"They have the courage to speak up and remind us that we inherited this planet from our parents, and we need to hand it over to the future generations," Kurtyka said.

The conference aims to lay the final pieces of groundwork needed to support the 2015 Paris Agreement to tackle climate change, which enters a crucial implementation phase next year.

Existing pledges made under the accord fall far short of the kind of action needed to avert the most disastrous consequences of global warming in terms of sea-level rise, drought, storms and other impacts, scientists say.