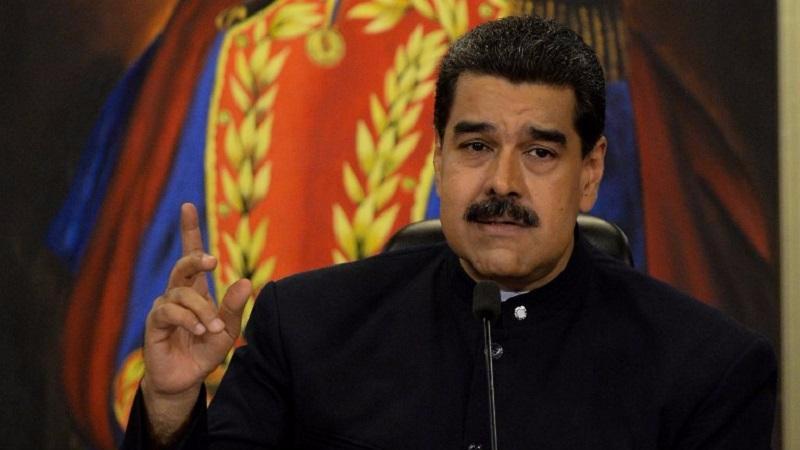 CARACAS - Venezuelan President Nicolas Maduro slammed on Thursday a "brutal campaign" against his country, orchestrated "from Washington, from Bogota, from Madrid, against the Bolivarian revolution."

Most of what is said everyday around the world are campaigns to influence, try and isolate and destroy the revolution

During the swearing-in ceremony for the new governor of the northern state of Aragua, Rodolfo Marco Torres, Maduro said there was a "global campaign...against Venezuela," accompanied by a "political, psychological, media war" inside the country.

After stating that "in Venezuela, we defend ourselves, we tell our truths," he said that foreign powers "lied and attack us."

The president referred to Sunday's regional elections, where the ruling United Socialist Party of Venezuela (PSUV) won 18 governorships, as opposed to five for the opposition Democratic Unity Roundtable (MUD).

He criticized the Lima Group, made up of 12 Latin American nations, who called for an "exhaustive and independent" investigation into the regional elections, held on Oct 15.

According to Maduro, MUD leaders Julio Borges, the president of the National Assembly, and Henry Ramos Allup, a deputy, accepted the election results but the Lima Group was lying about it.

"This so-called Lima Group have become nauseous, they do not know what to do (about the government's victory)," he said.

Reacting to the news that the five MUD governors had refused to swear an oath to the National Constituent Assembly (ANC), a new legislative body close to the government, Maduro said they would not be allowed to fulfill their roles.

"Whoever does not swear an oath and is subordinate to the ANC, will not take their post...they must respect it, this is simple," he added.

On Wednesday, the MUD said its governors would swear an oath only "before God and the respective legislative councils." The opposition sees the ANC as an unconstitutional legal body, created specifically by the government to replace the parliament, which is controlled by the MUD.