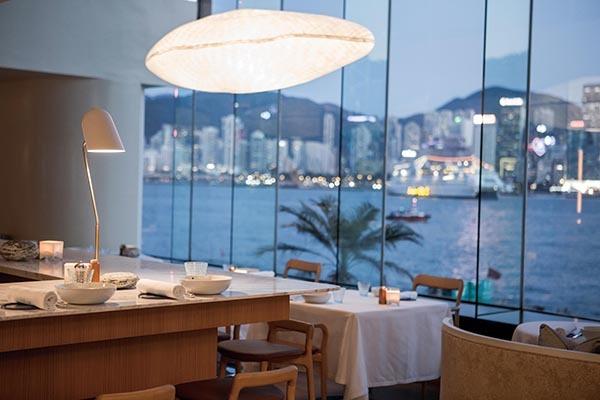 It’s clear that Alain Ducasse is no ordinary chef or entrepreneur. From his gourmet space food for NASA to his Coco Chanel-influenced Beige restaurant in Tokyo, he’s always been ahead of the curve. And unlike the majority of his highly visible culinary peers, whose actions have focused on globalisation, Ducasse’s message has been the antithesis. “I think in the future, every chef will try to preserve their identity – the French, the English, the Japanese,” he says. “It’s the opposite of globalisation. You have to be global, but stay local. Preserving the difference is what keeps the diversity alive.” 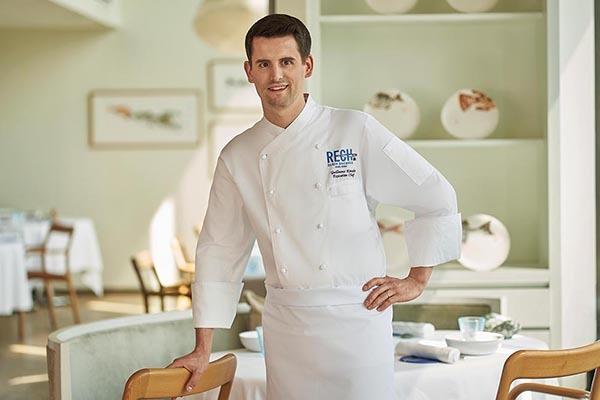 Which is exactly what you’ll feel when you dine at the InterContinental Hong Kong’s Michelin-starred Rech by Alain Ducasse. The restaurant has been charting a voyage along the coast of France, showcasing the best produce and regional specialities with a series of five-course menus (HK$1,288) over the last two months, which concludes at the end of April.

From top-notch French oysters and seafood from the waters off Normandy to a wide variety of premium crustaceans and fish along the beautiful French coastline, Rech’s new executive chef, Guillaume Katola, is sourcing the best seasonal products for each episode along this Coastal Tour de France. Katola shares his culinary passion for regionally inspired dishes by using the best seafood and fish from Normandy, as well as regional produce with appellation d’origine contrôlée (AOC) certification, including carrots from Créances.

Most of the fish and shellfish at Rech hails from France (especially Brittany) from small, independent fishermen who are strongly involved in the protection of natural resources. The Jégo brothers’ trade – established more than 20 years ago in Etel, the ancient tuna port in Morbihan, Brittany – provides Rech with extra-fresh ingredients and uses fishing techniques that are respectful of the environment.

Highly aware of the protection of the marine balance, Giles Jégo rigorously keeps track of quotas, sizes, reproductive seasons and tidal movements. He explains, “The selection comes primarily from what the sea bestows us day to day.” The fish he selects for the Rech restaurants in Paris and Hong Kong are line-caught in small fishing boats whose outings are limited to three hours, enabling them to bring the fish back to the quays in the light of dawn, still alive.

Katola also buys from other small independent fishmongers in Brittany who similarly source the very best fish and shellfish while being protective of the environment. “All of our fish is line-caught by fishermen using small boats,” he says. “This fish is fresher and of a better quality than fish that is caught by net on large fishing boats, which stay out at sea and store the fish for longer before it makes its way to the market.” 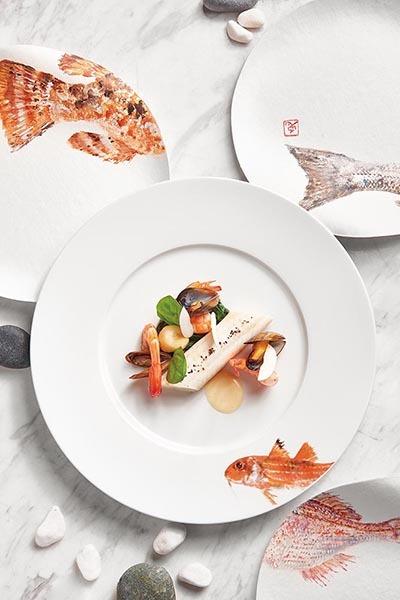 For more than a decade, Katola has worked with Ducasse, most recently as executive chef at The Grill at The Dorchester in London; he’s also worked at the Jules Verne Restaurant atop the Eiffel Tower, at Benoit and at Ore at Château de Versailles. “My approach in the kitchen is seasonal, using the freshest products to create dishes that reflect the time of year,” says Katola. “I’ve learned to always keep the ingredients in as natural a state as possible, bringing out their best flavour without taking away from their raw beauty. I’m also mindful in the kitchen of the ever-evolving world and working with respect to the environment in everything I do.”

That much is evident as one succumbs to the five-course La Normandie d’Alain Ducasse menu. Among the highlights are the Saint-Michel Oyster gratinated with Normandy cider; seared sea scallops; carrots from Créances (the sandy soils of the commune are fertilised with seaweed and it is the only carrot with its own AOC); the sublime Dieppoise-style sole fillet, in which button mushrooms and pink and grey shrimp mesh with a creamy white sauce; and Camembert – suffice it to say that nobody does it quite like Rech. The finale comes by way of flambéed crêpes with Calvados – two specialities from the Normandy region, the latter being an apple brandy.

If you can’t make it to Rech by April’s end, worry not. There’s still chance to redeem yourself and enlighten your palate at Rech, where the tour continues. From June to July, the restaurant will feature a Riviera menu; one from Brittany for August and September; and for October and November, the lesser-known Aquitaine, whose capital is Bordeaux, with freshly harvested seasonal produce.

Some things are just instinctively right – and Rech is one of them. If you love seafood, you’ll adore this piscatorial emporium. It’s the difference that keeps the diversity alive and keeps those taste buds tingling. 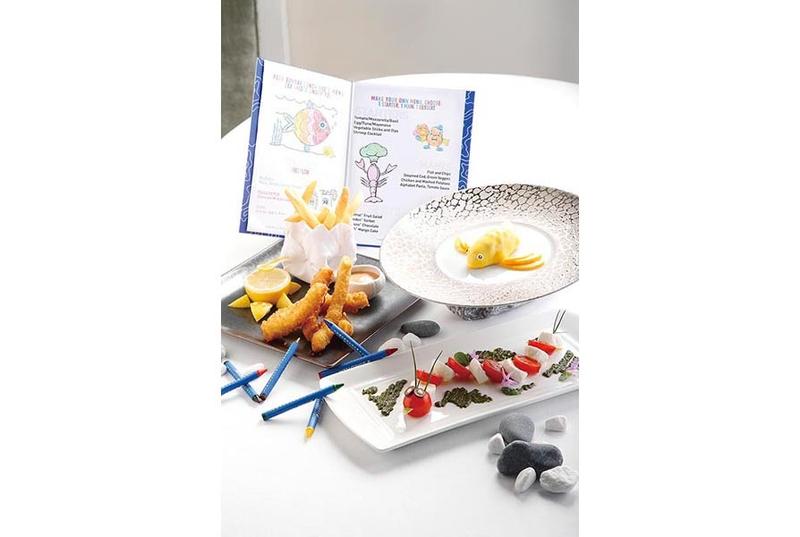 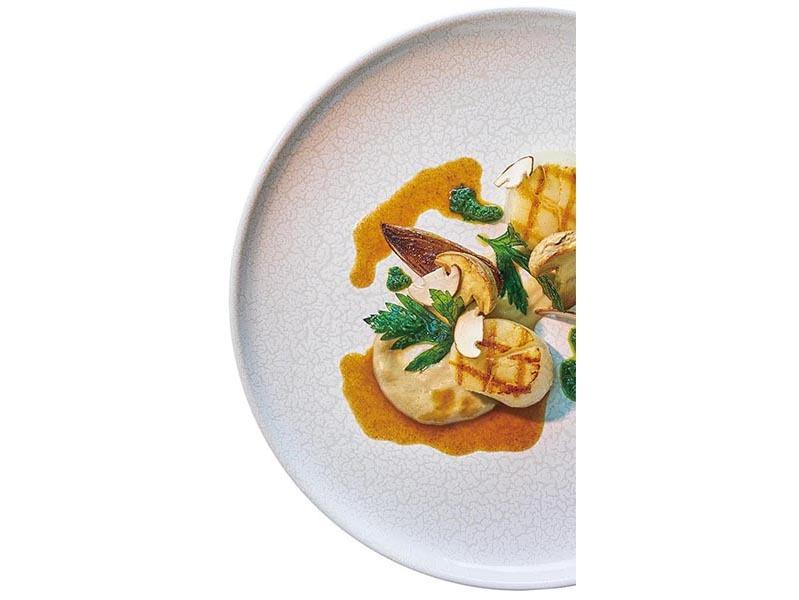 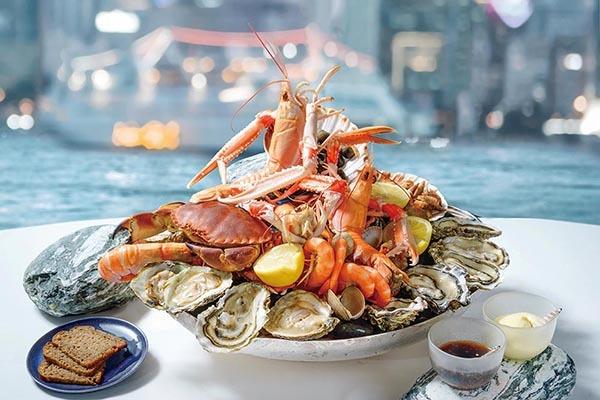 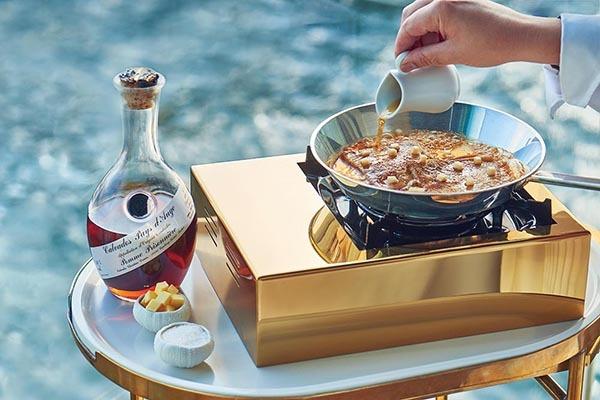 The flambéed crêpes with Calvados in action