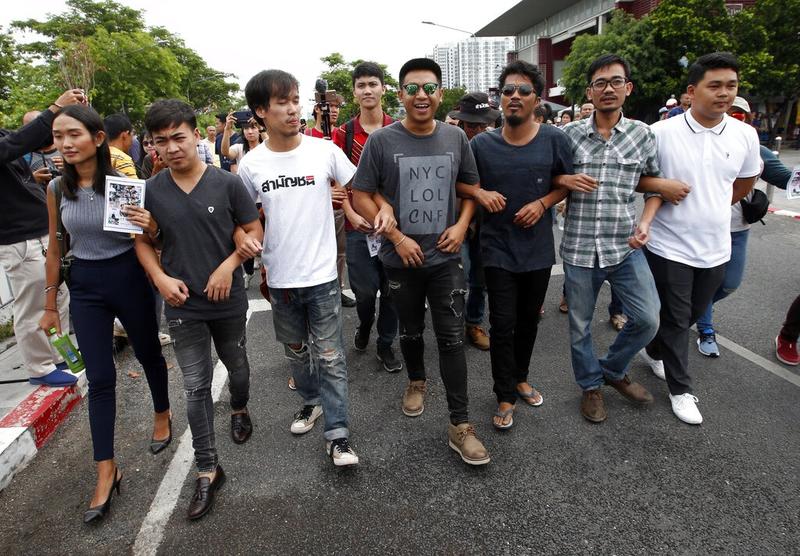 BANGKOK — Thirteen Thai political activists have appeared at a Bangkok police station to answer a summons on sedition charges that critics say are part of a plan to remove a rising progressive politician from the political scene.

Wednesday's move came on the fifth anniversary of a military coup that ousted the last elected government and almost two months after a general election that was touted as the next step toward restoring civilian rule.

The charges stem from a peaceful protest four years ago against military rule.

Last month, politician Thanathorn Juangroongruangkit was charged with sedition for the same incident. Thanathorn's Future Forward Party finished third in the March 24 poll and his supporters claim the move is aimed at reducing his party's presence in the next parliament.