By Sun Xiaochen in Shenzhen 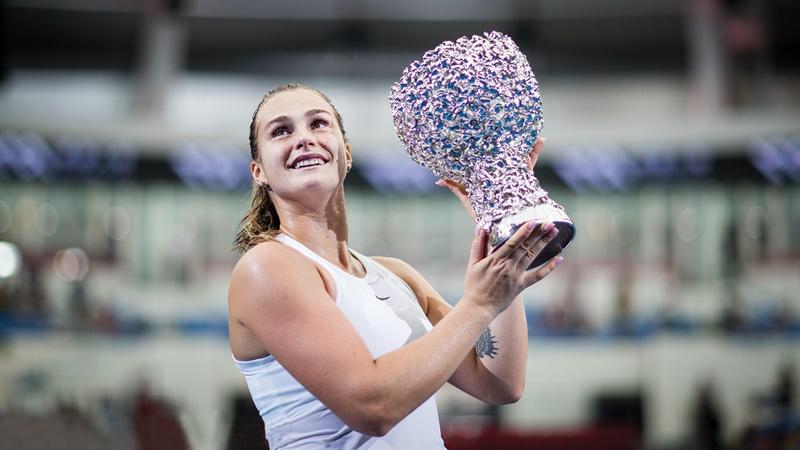 Belarusian Aryna Sabalenka hoists the winner’s trophy after overpowering top seed Kiki Bertens of the Netherlands 6-4, 6-2 in the WTA Elite Trophy final in Zhuhai on Oct 27. The victory was Sabalenka’s third singles title in China this year. (PHOTO PROVIDED TO CHINA DAILY)

With the crowning on Oct 27 of a new champion in fan favorite Aryna Sabalenka, the WTA Elite Trophy Zhuhai capped a remarkable five-year stint in the southern coastal city, bearing witness to the region’s growing love affair with tennis.

From its launch in 2015, the Elite Trophy, the second-tier year-ending tournament on the WTA Tour, has been a showcase for the sport’s top female stars, and that continued at Hengqin International Tennis Center when Belarusian ace Sabalenka defeated top seed Kiki Bertens of the Netherlands 6-4, 6-2 to claim her third title in China this year after winning in Shenzhen in January and defending the trophy in Wuhan in September.

Sabalenka’s sensational run in China, which has made her one of the sport’s most popular international stars, continued this week in Shenzhen as she teamed with Elise Mertens of Belgium to compete in the 8-pair doubles event at the higher-caliber WTA Finals.

“Next season I would like to win somewhere else besides China,” Sabalenka joked during her Zhuhai post-match media conference.

“But also I would like to keep winning in China. I think China loves me and I love it too. My results here are really good and unbelievable, so I’ll just try to keep being here.” 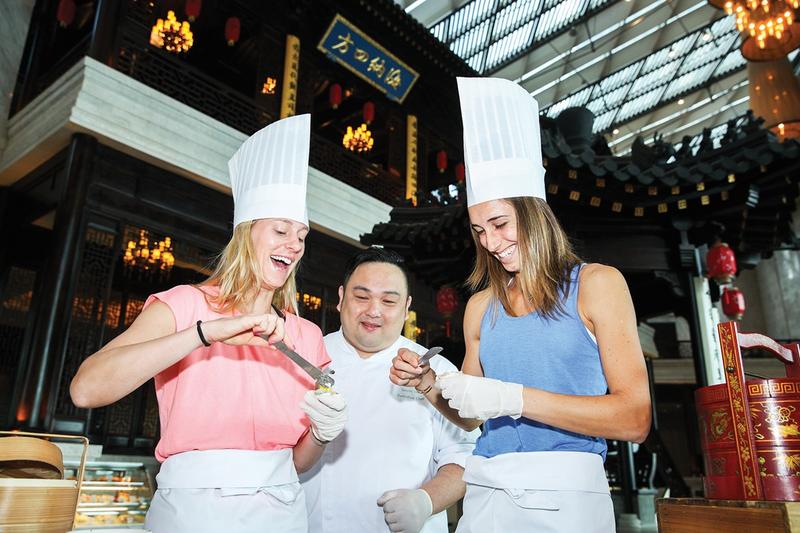 The Elite Trophy, organized by State-owned Zhuhai Huafa Group, features 12 players ranked 9-20 in a four-group round-robin format followed by semifinals and final to compete for the winner’s 700 ranking points and a share of total prize pool of US$2.42 million.

With Huafa dedicated to promoting the city while steering tennis into the region’s sports mainstream, the tournament has served as a launch pad for emerging talent, underlined by impressive runs by homegrown players.

China’s second-ranked Zheng Saisai made the best of a wildcard entry to advance to the semifinals in her second appearance in Zhuhai.

Her climb from world No 75 ahead of her event debut in 2015 to her current No 40 has coincided with the tournament’s steady growth over the past five years.

“It’s been a fantastic journey for me and this event as well,” said Zheng, 25, who beat American power hitter Madison Keys in her group opener to reach the semis. 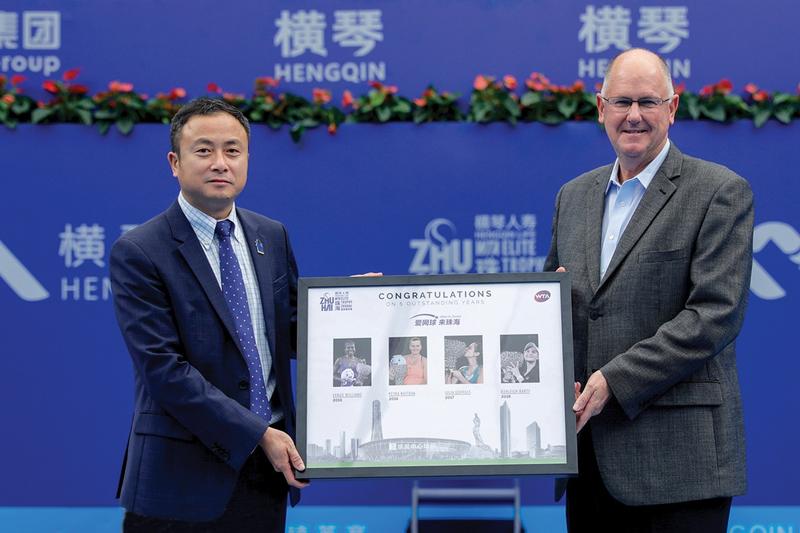 Zheng attributed her success this season, which includes her first WTA singles title in California in August, to the experience she has gained at top-level home events such as Zhuhai.

“Four years ago I just started my WTA journey and everything was a challenge,” said Zheng, whose defeat of Keys was her third triumph over a top-20 opponent this year.

“I learned a lot by playing against higher-ranked opponents such as Venus Williams and Keys, so it’s been an acknowledgment of my effort for the past four years.”

Thanks to the confidence boost Wang enjoyed during her final run last year, which saw her thrash Spain’s former No 1 Garbine Muguruza in straight sets, the 27-year-old Tianjin native maintained the momentum to fight into the quarterfinals at this year’s US Open, reaching a career-high ranking of No 12 in early September. 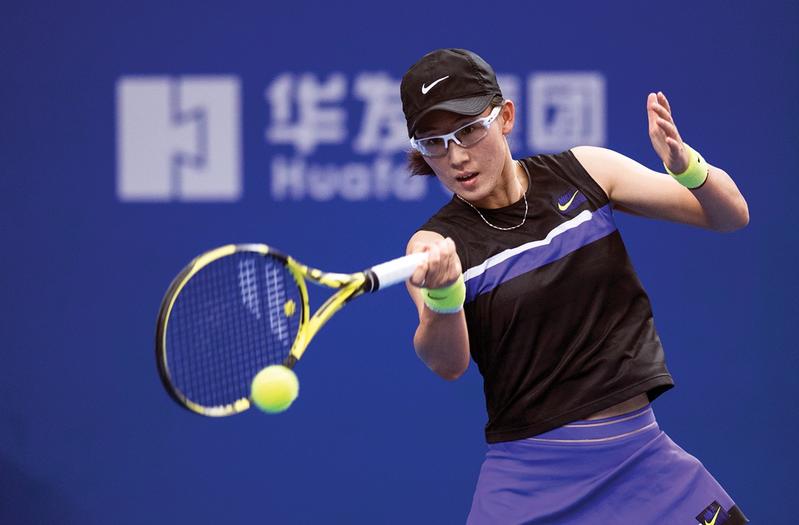 Chinese star Zheng Saisai hits a return during her surprise run to the semifinals, where she lost out to Kiki Bertens. (PHOTO PROVIDED TO CHINA DAILY)

Barty parlayed her Zhuhai title run to championships in Miami, Roland Garros and Birmingham, becoming the first Australian woman since Evonne Goolagong Cawley to ascend to the No 1 ranking.

“I’ve played very well in my last four or five tournaments in China. I think for us as Aussies, it’s nice to not have too far to travel. We know that we are close to home, and I have so many incredible fans in China,” Barty said ahead of her WTA Finals debut in Shenzhen on Oct 27.

Although still in negotiations with the WTA, Zhuhai organizers are hopeful the tournament will remain in the city.

“It’s no secret that we hope to keep it here,” said Peter Lyu, a co-director of the tournament and executive director of Huafa Sports.

“We hope to extend the event’s influence in promoting tennis and the city’s profile internationally over the past five years to a new multiyear journey.”

WTA CEO Steve Simon told China Daily during his visit to the tournament last year that the desire is to keep it in Zhuhai.

“The event has progressed well each and every year. We are very pleased that it has met and exceeded all our expectations. We’d like to see it continue here for many years to come,” Simon said.