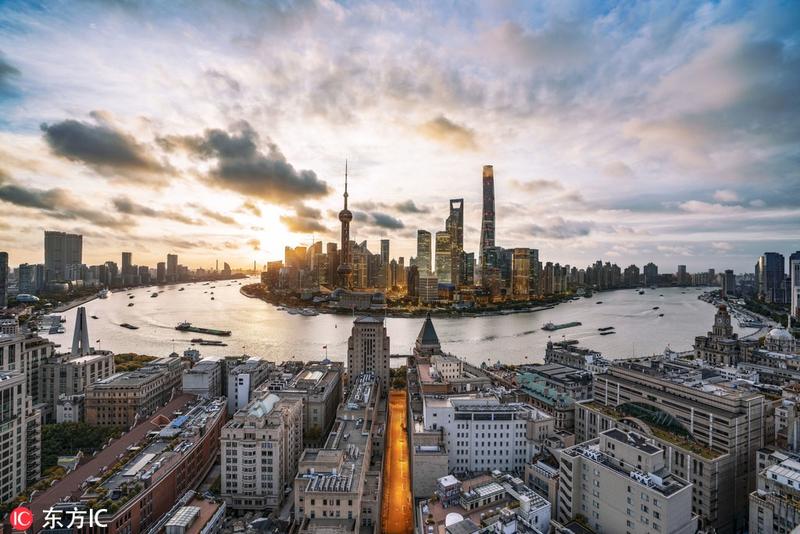 This Aug 20, 2018 photo shows a panoramic view of the Bund along the Huangpu River in Puxi and the Lujiazui Financial District in Shanghai's Pudong New Area. (PHOTO / IC)

BEIJING — China's GDP expanded 6.3 percent year-on-year in the first half of 2019 to about 45.09 trillion yuan (about US$6.56 trillion), data from the National Bureau of Statistics (NBS) showed Monday.

The growth was in line with the government's annual target of 6-6.5 percent set for 2019.

In the second quarter, the country's GDP rose 6.2 percent year-on-year, lower than 6.4 percent in the first quarter, according to NBS data.

The economic performance was generally stable and remained within a reasonable range, with progress being made in certain areas, NBS spokesperson Mao Shengyong said

The economic performance was generally stable and remained within a reasonable range, with progress being made in certain areas, NBS spokesperson Mao Shengyong said at a press conference.

The H1 data has offered a good foundation for the country to realize its annual growth targets, Mao said.

Although facing a complex external environment and emerging downward pressure in the second half, the country's fundamentals for a steady economic growth remain unchanged and the government has ample room for policy maneuvers, he said.

A breakdown of the data showed output of the service sector, which accounted for 54.9 percent of the total GDP, rose 7 percent in the first half of the year, outpacing a 3-percent increase in the primary industry and a 5.8-percent rise in the secondary industry.

Consumption continued to play a bigger role in driving economic growth, with final consumption contributing to 60.1 percent of economic expansion in the January-June period.

The growth rate was 0.5 percentage points lower than that recorded in the first quarter of the year, the NBS said in a statement.

In June alone, industrial output increased 6.3 percent year-on-year, 1.3 percentage points faster than that registered in May.

In a breakdown by ownership, the output of state-controlled enterprises went up 5 percent year-on-year in H1, joint-stock companies up 7.3 percent, and that of overseas-invested enterprises increased by 1.4 percent.

The industrial transformation and upgrading are picking up pace as high-tech industries are weighing more in the overall industrial output, Mao said.

In the January-June period, industrial output of high-tech manufacturing accounted for 13.8 percent of the overall industry, 0.8 percentage points higher compared with a year ago.

China's value-added industrial output is used to measure the output of large companies each with annual main business revenue of more than 20 million yuan (about US$2.9 million). 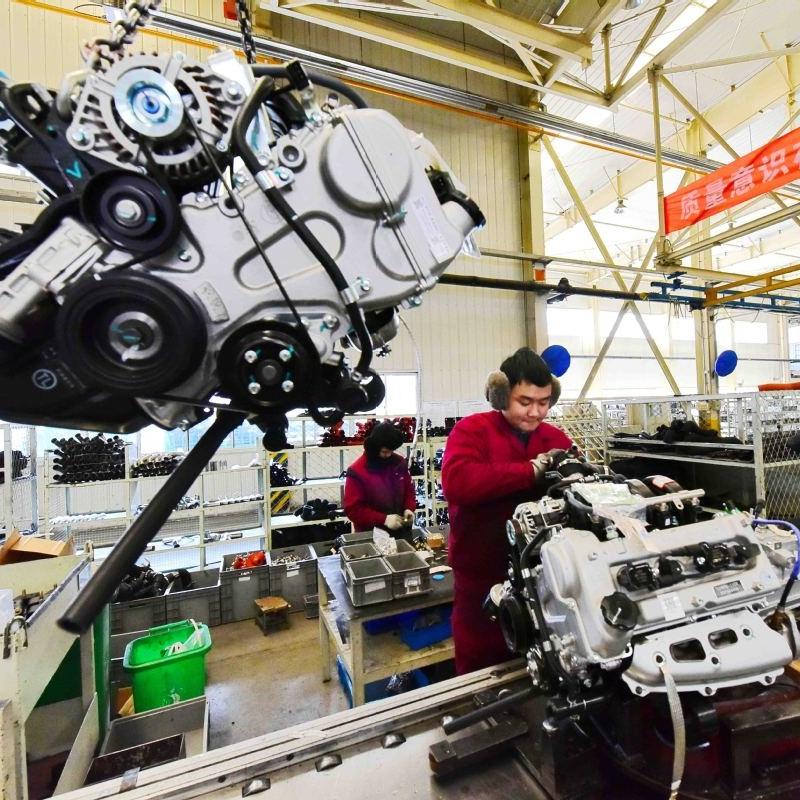 Monday's data also showed that China maintained steady growth in fixed-asset investment in the first half of this year with rapid investment growth in high-tech sectors.

The country's fixed-asset investment grew 5.8 percent year-on-year in H1, 0.2 percentage points faster than the growth in the first five months, the NBS said.

In the period, total investment amounted to 29.91 trillion yuan (about US$4.4 trillion), data showed.

Investment in the primary industry went down 0.6 percent year on year, while that in secondary and tertiary industries rose 2.9 percent and 7.4 percent, respectively. 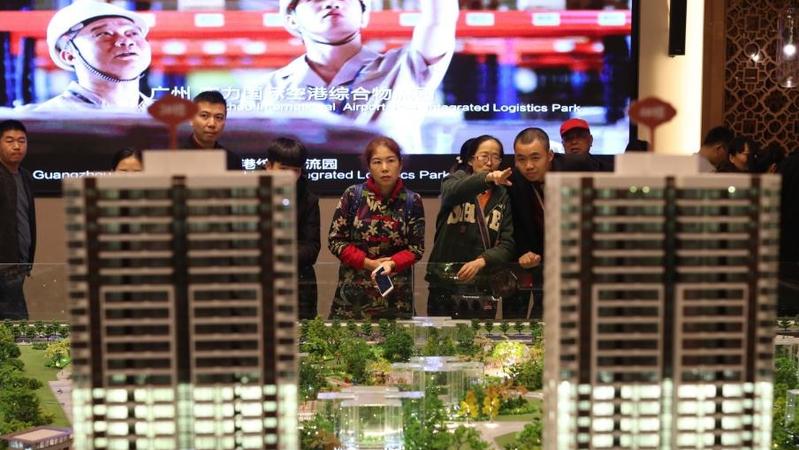 China's real estate investment increased 10.9 percent year-on-year in the first half of this year, the NBS said.

The growth was slower than the 11.8-percent expansion recorded in the first quarter and the 11.2-percent increase in the first five months.

Total property investment in H1 amounted to 6.16 trillion yuan (about US$897 billion), with 73.3 percent flowing into residential housing, the NBS said.

In the period, the investment in residential buildings went up 15.8 percent year-on-year to 4.52 trillion yuan.

New home prices in four first-tier cities — Beijing, Shanghai, Shenzhen and Guangzhou — increased 0.2 percent month-on-month in June, down by 0.1 percentage points from May.

China's retail sales of consumer goods rose 8.4 percent year-on-year in the first half of 2019, the NBS said.

The pace was 0.1 percentage points faster than the first quarter, the NBS said in a statement.

Online sales surged 17.8 percent year-on-year in the first half, 2.5 percentage points faster than the first quarter.

In terms of consumption types, the revenue of the catering industry rose 9.4 percent in the first six months year-on-year, while the retail sales of commodities climbed 8.3 percent year-on-year. 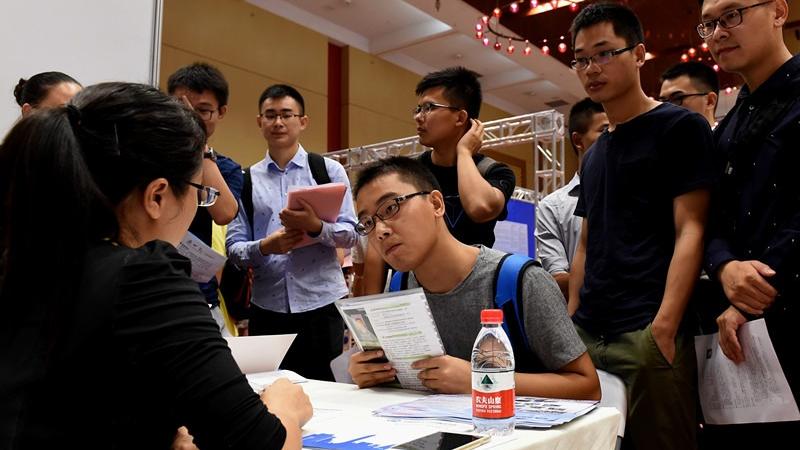 China's job market remained stable in June, with the surveyed unemployment rate in urban areas standing at 5.1 percent, according to data from the NBS.

The rate went up 0.1 percentage points from the previous month, according to the NBS.

China has vowed to create more than 11 million new urban jobs in 2019, and ensure an around-5.5 percent surveyed urban unemployment rate.

Mao described the overall employment situation in China as "relatively stable," as the country had created 7.37 million new urban jobs in the first half (H1) of 2019, finishing 67 percent of the target for the whole year.

In breakdown, the surveyed urban unemployment rate of population aged between 25-59 came in at 4.6 percent last month, 0.5 percentage points lower than the national rate of surveyed unemployment in urban areas.

The surveyed unemployment rate in 31 major cities stood at 5 percent in June, unchanged from the previous month.

Also, the number of rural migrant workers rose 1.3 percent year-on-year to 182.48 million as of the end of the second quarter, up 0.1 percentage points from that registered in the first quarter, the NBS data showed.

To stabilize employment, China has unveiled a raft of measures, including enhancing training on vocational skills and reducing social insurance contributions of employers.

The structural pressure of the jobs market remained, however, as the government needs to cope with the labor laid off by the move of cutting excessive capacity and nearly 8.3 million students graduating from universities this year, Mao noted.

The surveyed urban unemployment rate is calculated based on the number of unemployed people who have participated in the employment survey in urban areas, including migrant workers in cities.

It was first introduced in 2014 to better reflect the jobs market and serve as a supplement to the registered urban unemployment rate compiled by the Ministry of Human Resources and Social Security.

The inflation-adjusted growth was 6.5 percent, 0.2 percentage points higher than the 6.3-percent growth rate for the Chinese economy from January to June, according to a NBS statement.

During the period, the per capita disposable income in rural areas continued to grow faster than that in urban regions, indicating the closing of the urban-rural income gap, according to NBS data.

The average per capita disposable income for rural residents reached 7,778 yuan from January to June, up 6.6 percent after deducting price factors, while that of urban residents rose 5.7 percent in real terms to 21,342 yuan.

China aims to double the per capita income of its urban and rural residents by 2020 from the 2010 levels, to build a moderately prosperous society.