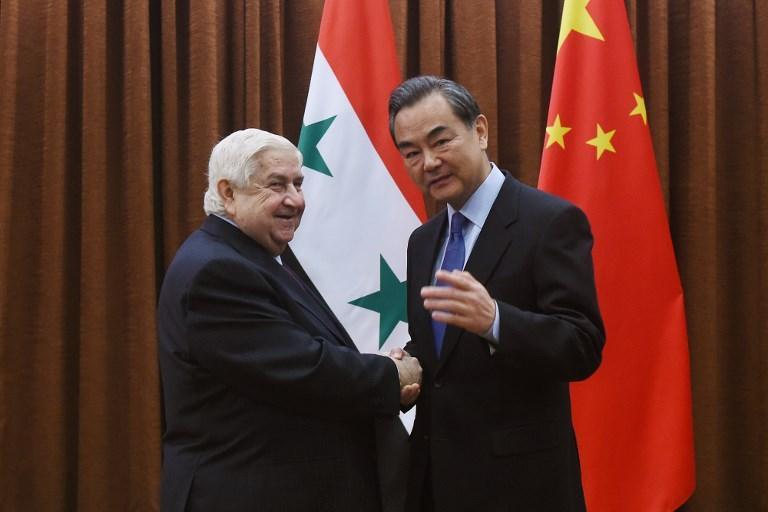 Muallem briefed Wang on the situation in Syria, saying that progress has been made in cease-fire and the end of violence on the ground and in the fight against terrorism. The situation is beginning to stabilize, said Muallem.

Syria appreciates China's impartial stance on the Syria issue and commends China's constructive role in pushing for peace and stability in Syria and in mitigating the humanitarian situation, he said. Muallem said he expected China's participation in Syria's post-war reconstruction.

Syria treasures its friendship with China, welcomes and supports the Belt and Road Initiative and is willing to participate in it

Syria treasures its friendship with China, welcomes and supports the Belt and Road Initiative and is willing to participate in it to pursue more practical results from bilateral cooperation, he said.

Wang said China has always held that the Syria issue should be solved by political means following the principle of Syrian leadership and Syrian ownership. With the positive development in the situation in Syria emerges opportunities for the settlement of the issue, said Wang. He expressed the hope that the Syrian government and various factions can accelerate the process of political settlement under the auspices of the United Nations and work for the early restoration of stability.

Wang said that Syria is an important node in the ancient Silk Road and that the Belt and Road Initiative can serve as an important vehicle for bilateral cooperation. China welcomes Syria's participation in Belt and Road projects and is willing to carry out cooperation with Syria within the framework of the initiative for the sake of common development.

Wang and Muallem met on the sidelines of their attendance at the 72nd session of the UN General Assembly in New York.