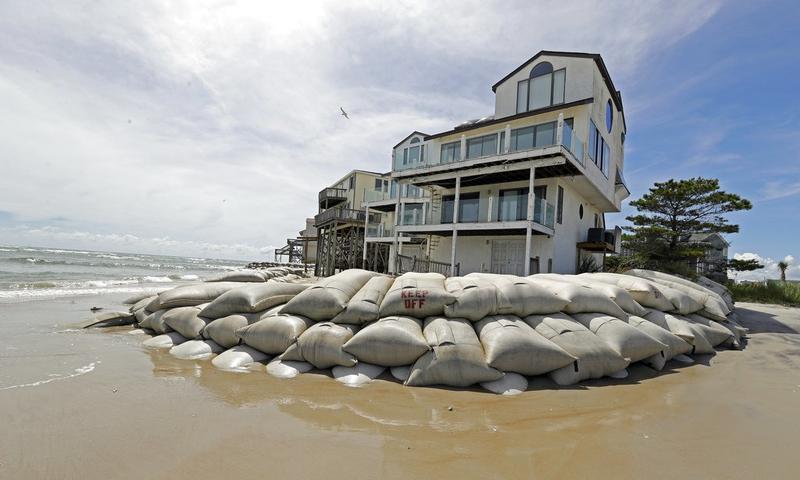 WILMINGTON, North Carolina — Rain, wind and rising floodwaters from Hurricane Florence swamped the Carolinas early on Friday as the massive storm crawled toward the coast, threatening millions of people with record rainfall and punishing surf.

It was set to inundate almost all of North Carolina in several feet of water, State Governor Roy Cooper told a news conference, while National Weather Service forecaster Brandon Locklear predicted up to eight months of rain in two or three days.

Florence was expected to make landfall near Cape Fear, North Carolina, at midday, and forecasters said its size meant it could batter the US East Coast with hurricane-force winds for nearly a full day.

With the brunt of the storm yet to come, a gauge on the Neuse River in New Bern, a city near the coast, was already recording 3 meters of inundation, the National Hurricane Center (NHC) said.

The downtown area of the city of 30,000 people was underwater and around 150 people were waiting to be rescued, city authorities said on Twitter. 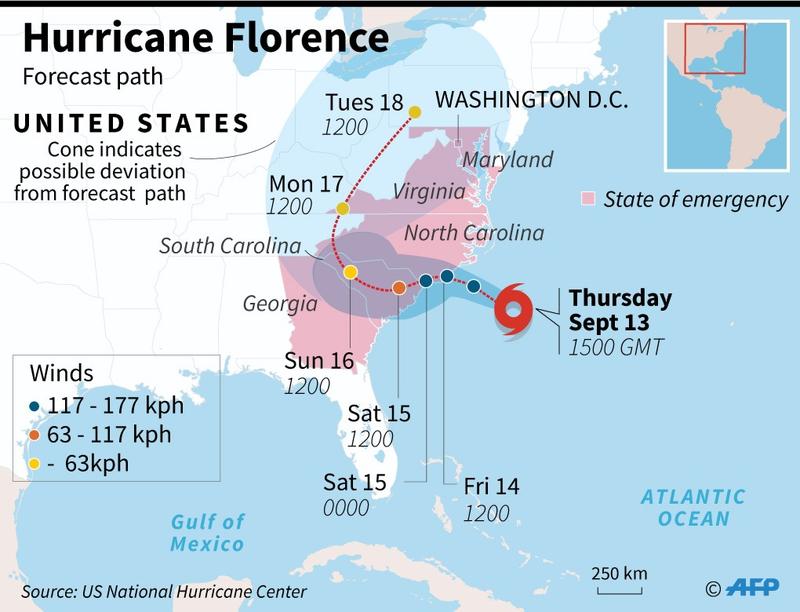 This graphic created on Sept 13, 2018 forecasts the path of Hurricane Florence.

At least 188,000 people were without power in North Carolina and South Carolina early on Friday. Utility companies said millions were expected to lose power and restoration could take weeks.

Florence was downgraded to a Category 1 hurricane on Thursday evening with peak winds of 150 km/h. Its center was moving west at only 9 km/h and about 80 kilometers south of Morehead City at around 1 am Friday.

About 10 million people could be affected by the storm and more than 1 million were ordered to evacuate the coasts of the Carolinas and Virginia, jamming westbound roads and highways for miles.

At least 12,000 people had taken refuge in 126 emergency shelters, Cooper said, with more facilities being opened.

The NHC said the threat of tornadoes was increasing as Florence neared shore and South Carolina Governor Henry McMaster said the heavy rain could trigger landslides in the west of his state. 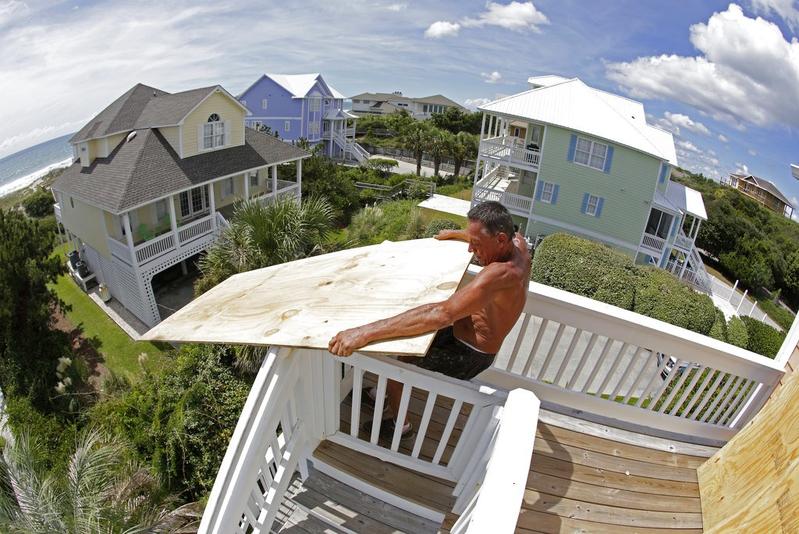 Tim Avery pulls boards to the third story of a home as he prepares for Hurricane Florence at a home in Emerald Isle North Carolina, Sept 12, 2018. (TOM COPELAND  / AP)

NHC Director Ken Graham said on Facebook the storm surges could push as far as 3 km inland. Heavy rains were forecast to extend into the Appalachian Mountains, affecting parts of Alabama, Tennessee, Kentucky and West Virginia.

Emergency declarations were in force in Georgia, South and North Carolina, Virginia, Maryland and the District of Columbia. 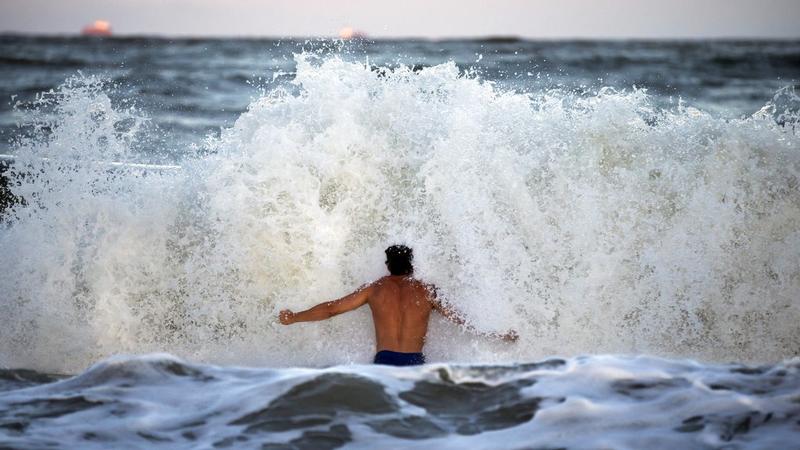 Some residents ignored calls to evacuate.

Near the beach in Wilmington, a Waffle House restaurant, part of a chain with a reputation for staying open during disasters, had no plan to close even if power was lost, and there were lines to get in on Thursday evening.

Will Epperson, a 36-year-old golf course assistant superintendent, said he and his wife had planned to ride out the storm at their home in Hampstead, North Carolina, but then reconsidered. Instead, they drove 240 km inland to his mother's house in Durham.

"I've never been one to leave for a storm but this one kind of had me spooked," he said.