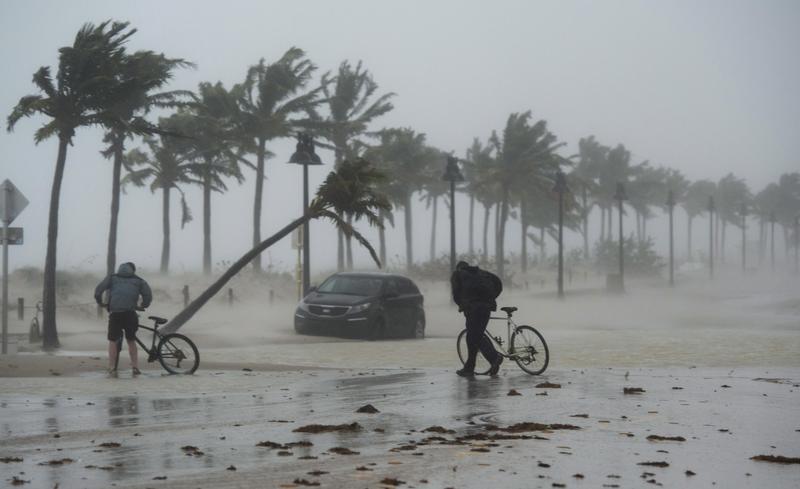 Two men walk their bicycle along a flooded street on the waterfront of Fort Lauderdale, Fla., as Hurricane Irma passes through, Sept 10, 2017. (PAUL CHIASSON / THE CANADIAN PRESS VIA AP)

LONDON - After slightly slowing for the past 15 years, global warming is once again rising more quickly due to a decade-long weather pattern that warms and cools the Pacific, Britain's meterological office said Monday.

The Met Office said the rate of global warming slowed between 1999 and 2014, but has now picked up due to a "flip" in the Pacific weather pattern.

After slightly slowing for the past 15 years, global warming is once again rising more quickly due to a decade-long weather pattern

"The end of the recent slowdown in global warming is due to a flip in Pacific sea-surface temperatures," said Adam Scaife, head of climate predictions at the Met Office.

"This was due to a change in the Pacific Decadal Oscillation which entered its positive phase, warming the tropics, the west coast of North America and the globe overall," he said.

World temperatures hit a record high for the third year in a row in 2016, scientists said in January.

Temperatures, lifted mainly by emissions of man-made greenhouse gases and partly by a natural El Nino weather event that released heat from the Pacific Ocean, beat the previous record in 2015.

"After a period during the early 2000s when the rise in global mean temperature slowed, the values in 2015 and 2016 broke records and passed 1 degree Celsius above pre-industrial levels," said Stephen Belcher, chief scientist at the Met. 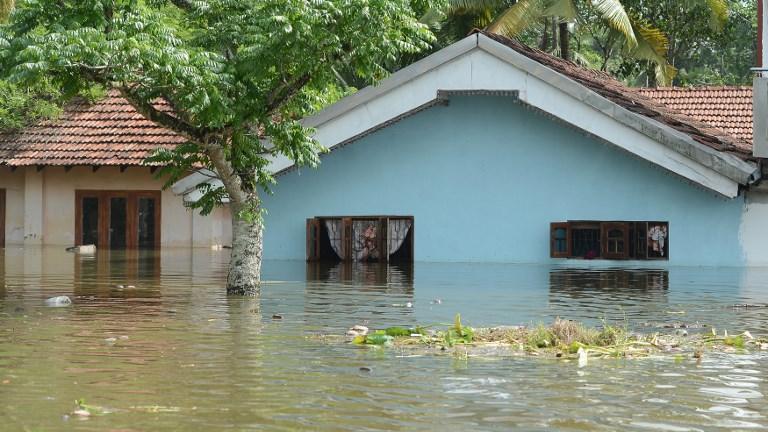 Floodwaters surround a house in Dodangoda village in Kalutara on May 28, 2017 in Sri Lanka's worst flooding in more than a decade. (Lakruwan WANNIARACHCHI / AFP)

"Data from the Met Office shows that ... global warming has now returned to the level seen in the second half of the 20th century," he said.

At a conference in Paris in late 2015, governments agreed a plan to phase out fossil fuels this century and shift to renewable energies such as wind and solar power.

ALSO READ: Tillerson: US could stay in Paris climate accord

They agreed to limit warming to "well below" 2 degrees Celsius above pre-industrial times, while pursuing efforts for a 1.5 Celsius limit.

But with global temperatures in 2015 and 2016 already more than 1 degree Celsius of the way toward that target, and an uptick in extreme weather underway, the Met said there was increasing pressure to meet the 1.5 Celsius threshold. 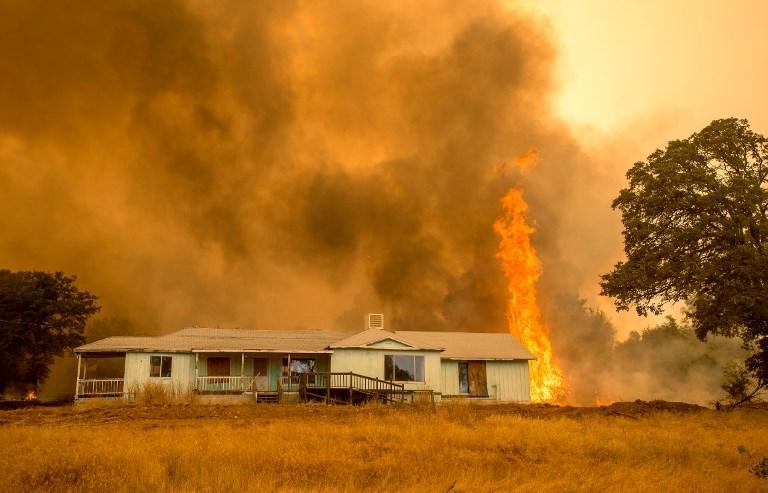 Among this year's extreme weather events were wildfires that scorched Europe and North America, floods that submerged South Asia and hurricanes that swept through the United States and the Caribbean.