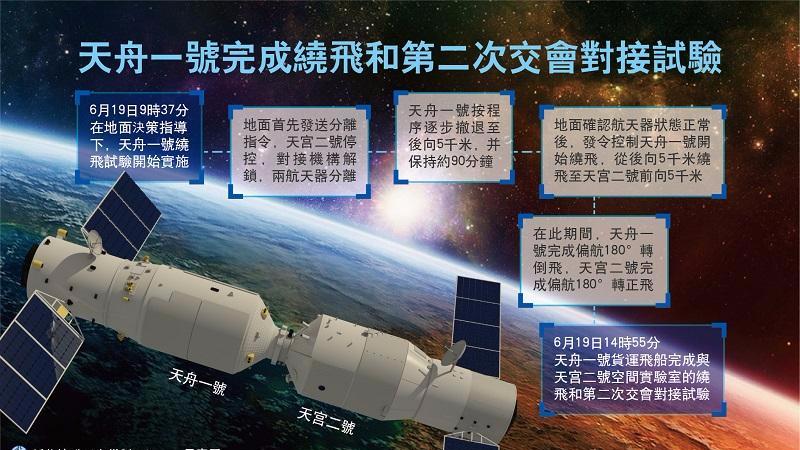 Tianzhou-1 cargo spacecraft completed its second docking with Tiangong-2 space lab on June 20, 2017, after flying around the space lab. (Xinhua)

Tianzhou-1 separated from Tiangong-2 on Monday morning and remained at distance of five kilometers behind the space lab for about 90 minutes.

Then, it was commanded to fly around Tiangong-2 from behind to a distance of five kilometers in front of the space lab. During the flight, both Tianzhou-1 and Tiangong-2 turned in a semicircle.

The experiments tested docking technology at different directions, which is of great importance to building a space station, according to the China Manned Space Engineering Office.

China is the third country, after Russia and the United States, to master refueling techniques in space, which is crucial in the building of a permanent space station.

As the International Space Station is set to retire in 2024, the Chinese space station will offer a promising alternative, and China will be the only country with a permanent space station.