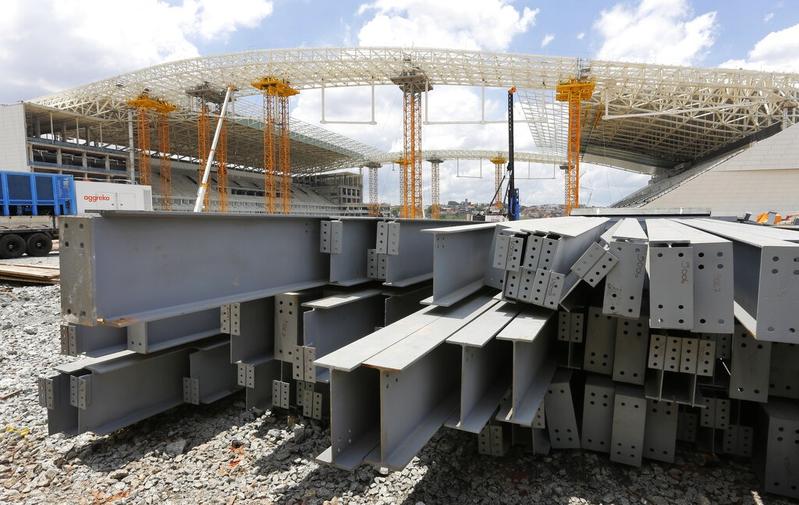 WASHINGTON — President Donald Trump released a clutch of protectionist trade actions on Monday aimed at long-time US allies, including some countries that have been close to the Trump administration.

The president started by announcing tariffs here on steel from Brazil and Argentina in a tweet, citing US farmers who he said were being hurt by a "massive devaluation" of those countries' currencies. Brazil and Argentina are both big exporters of agricultural products.

Chinese companies have slashed their purchases of US farm goods since the United States started its trade tension with China 17 months ago. Both Brazil and Argentina have been trying to strengthen their currencies, despite Trump’s claim.

Then the United States Trade Representative said it would review here hiking tariffs on European Union products and adding new ones, because of what it called "lack of progress" in resolving a dispute over aircraft subsidies.

The USTR said a decision by the World Trade Organization on Monday affirmed the US position that European subsidies to planemaker Airbus continue to harm the US aerospace industry. It did not provide specifics on what tariffs it might hike over the long-running dispute.

Finally, after the US markets closed, the USTR said it planned to increase taxes here on US$2.4 billion in French products including Champagne and handbags by 100 percent, after determining that France's new digital services tax would harm US companies like Alphabet Inc's Google and Apple Inc.

The USTR said its “Section 301” investigation found that the French tax was “inconsistent with prevailing principles of international tax policy, and is unusually burdensome for affected US companies”. 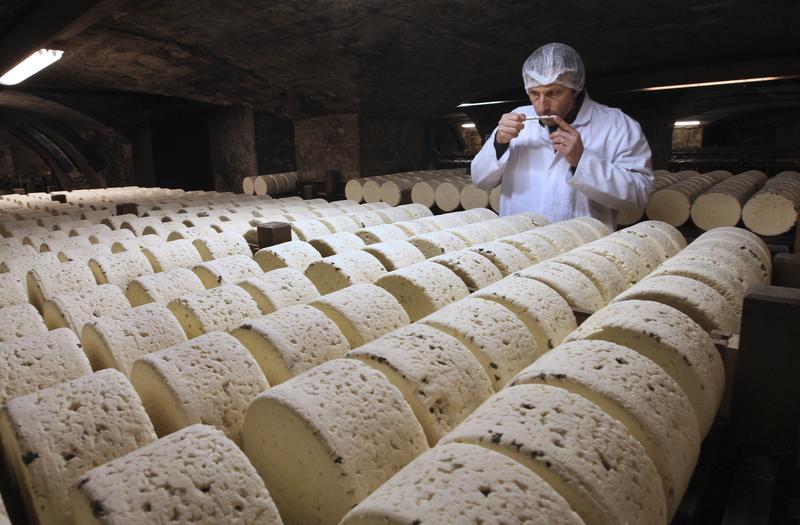 In this file photo, Bernard Roques, a refiner of Societe company, smells a Roquefort cheese as they mature in a cellar in Roquefort, southwestern France. (BOB EDME / AP)

US Trade Representative Robert Lighthizer said the US government was also exploring whether to open similar investigations into the digital services taxes of Austria, Italy and Turkey.

“The USTR is focused on countering the growing protectionism of EU member states, which unfairly targets US companies, whether through digital services taxes or other efforts that target leading US digital services companies.”

The French digital services tax is unreasonable, protectionist and discriminatory

The trade agency said it would collect public comments on its proposed tariff list through Jan 14 and hold a public hearing on Jan 7. It did not specify an effective date for the proposed 100 percent duties.

The list targets some products that were spared from 25 percent tariffs imposed by the United States over disputed aircraft subsidies, including sparkling wines, handbags and make-up preparations - products that would hit French luxury goods giant LVMH and cosmetics maker L’Oreal hard.

The findings won favor from US lawmakers and US tech industry groups.

“The French digital services tax is unreasonable, protectionist and discriminatory,” Senators Charles Grassley and Ron Wyden, the top Republican and Democrat, respectively, on the Senate Finance Committee, said in a joint statement.

France will be "pugnacious" over the latest US tariff threats on French products and will not go back on its digital tax plan, junior economy minister Agnes Pannier-Runacher said on Tuesday.

"It is very clear that we do not need to go back on this, with regards to a topic that economically speaking makes sense," Pannier-Runacher told Sud Radio, referring to the digital tax. "We need to be pugnacious on the subject," she added.

But prior to the release of the USTR's report, a French official said that France would dispute the trade agency's findings, repeating Paris' contention that the digital tax is not aimed specifically at US technology companies.

"We will not give up on taxation" of digital firms, the official said.

France’s 3 percent levy applies to revenue from digital services earned by firms with more than 25 million euros (US$27.86 million) in French revenue and 750 million euros ((US$830 million) worldwide.