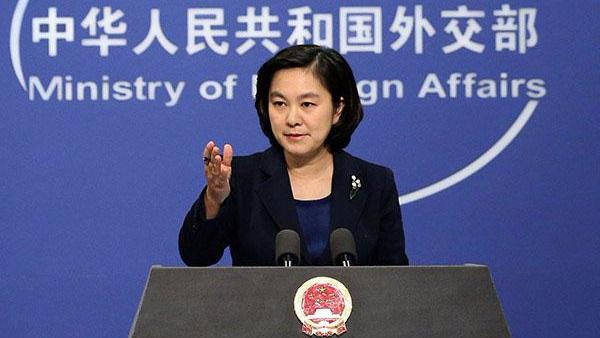 BEIJING – China on Thursday expressed firm opposition to the United States on its signing into law of the Reciprocal Access to Tibet Act of 2018, saying it is a gross interference in China's domestic affairs and sent a seriously wrong message to "Tibetan independence" forces.

The US act has seriously violated the basic norms of international relations and is gravely harmful to communication and cooperation between China and the United States, Foreign Ministry spokesperson Hua Chunying said.

Hua warned that if the US side take actions according to the act, it will definitely cause serious damage to bilateral relations and bilateral exchange and cooperation in key fields

Stressing that Tibet affairs are purely China's domestic affairs and allow no interference from other countries, Hua said Tibet and Tibetan areas in the other four regions are open to people from around the world.

Since 2015, visitors to Tibet and these regions from the United States alone totaled nearly 40,000, she said.

Meanwhile, taking into consideration of Tibet's special geographic and climatic conditions, the Chinese government has taken certain administrative measures in accordance with laws and regulations for foreigners to enter Tibet, which are totally necessary and justified, she said.

"The act's accusations against China disregard the facts and are full of prejudice, and completely unacceptable by the Chinese side," said Hua.

She warned that if the US side take actions according to the act, it will definitely cause serious damage to bilateral relations and bilateral exchange and cooperation in key fields, and China will take strong measures to resolutely safeguard its own interests.

"China's door to the outside world will open wider and wider, so is Tibet. China welcomes more foreigners to visit, travel and do business in China's Tibetan areas," Hua said.

However, these people must act in line with China's laws and regulations, and fulfill necessary procedures, added the spokesperson.

China urges the United States to fully recognize the high sensitivity of the Tibet issue, stop using the Tibet issue to interfere in China's domestic affairs, and not to implement the act, otherwise, the US side will take full responsibilities for the consequences, Hua said.

During the press conference, Hua also confirmed local authorities have imposed an administrative penalty on a Canadian citizen for illegal employment in China.

She was responding to a report which said an English teacher from Canada, named Sarah Mciver, was detained in China days ago.

Hua said relevant police authorities should be contacted for details. "What I can tell you is that China and Canada have kept smooth communication on consular affairs and China will provide necessary assistance to Canada for its performance of consular duties," said Hua.

In response to Germany's tightening of foreign investment, Hua said China and Germany have the responsibility to jointly safeguard free trade and multilateralism and avoid sending a negative signal that could affect investment environment and market confidence.

While it is understandable to conduct necessary security scrutiny, it should not become a tool for advancing protectionism and creating new invisible barriers

Hua made the remarks after Germany tightened rules on foreign investment in some sectors on Wednesday, adjusting the threshold for starting state security reviews of share purchases by non-EU investors to 10 percent of company shares in sectors such as critical infrastructures as well as defense-relevant and high-tech companies.

"While it is understandable to conduct necessary security scrutiny, it should not become a tool for advancing protectionism and creating new invisible barriers," Hua said at a daily press briefing, also expressing opposition to discriminatory practices.

She called on the two countries to expand two-way opening-up so as to inject positive energy into bilateral high-level cooperation of mutual benefits and safeguard an open world economy.