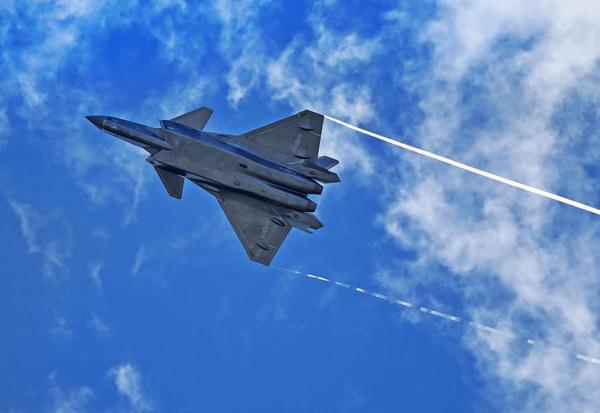 BEIJING - China's latest J-20 stealth fighter has been officially commissioned into military service, according to Wu Qian, spokesperson for the Ministry of National Defense on Thursday.

The flight tests are being conducted as scheduled, Wu said at a press conference.

The J-20 is China's fourth-generation medium and long-range fighter jet. It made its maiden flight in 2011 and was first shown to the public at the 11th Airshow China in Zhuhai, Guangdong Province, in November last year.