How designer Mary Quant launched a high-street and aesthetic revolution 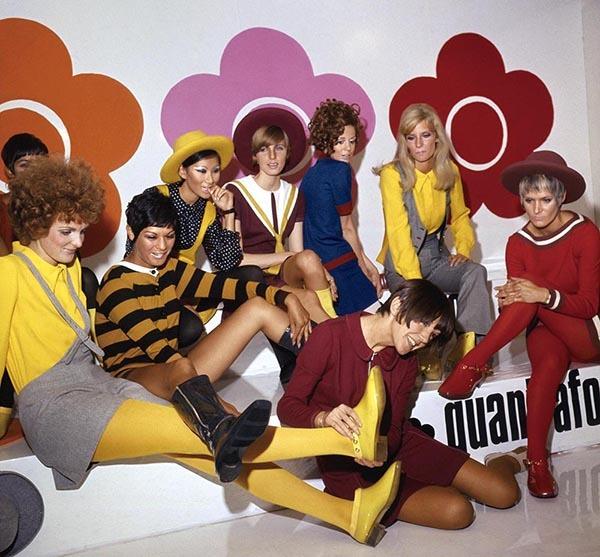 Quant and models at a Quant Afoot launch, 1967

From miniskirts and hot pants to vibrant tights and make-up, Mary Quant launched a fashion revolution on the British high street. A design and retail pioneer, she popularised super-high hemlines and a range of irreverent looks that became critical to the development of the Swinging Sixties scene. Her legacy is celebrated in Mary Quant, a major exhibition at the V&A in London, which opened on April 6 and runs until February 16, 2020.

Although Quant is often credited with creating the decade’s most iconic look, the miniskirt, there’s no conclusive evidence to say who first took hemlines a daringly long way north of the knee (French couturier André Courrèges is another possibility). Regardless, extremely short skirts and shift dresses became Quant’s trademark, and were popularised by the era’s most high-profile model, Twiggy, whose willowy figure helped turn ultra-short hemlines into an international trend.

Miniskirts and dresses were perfectly paired with Quant’s tights and underwear range, one of the first lines produced using the Mary Quant name under licence. She also created the skinny-rib jumper (apparently inspired by trying on an eight-year-old’s sweater for fun) and, in 1966, invented hot pants. Capitalising on the 1960s’ love affair with new materials, she was one of the first designers to use PVC, creating wet-look clothes and different styles of weatherproof boots in her footwear range, Quant Afoot.

As London’s boutique scene was still blossoming, Quant was cementing her position as a commercial and cultural powerhouse. In 1962, she signed a lucrative design contract with US department-store chain JC Penney. In 1966, she was awarded an OBE and published her autobiography, Quant by Quant. The following year, she opened her third shop on London’s New Bond Street. By the end of the decade, Quant was the UK’s highest-profile designer and had achieved unprecedented reach in the market; it was estimated that up to seven million women had at least one of her products in their wardrobe, while thousands more sported the super-modern shades of her Daisy-badged cosmetics range.

For the first half of the 1970s, Quant remained at the forefront of fashion – her work was celebrated in a retrospective exhibition, Mary Quant’s London, at the London Museum in Kensington Palace from November 1973 to June 1974. From the late ’70s onwards, the business produced high-quality womenswear and a variety of products alongside coordinated interior designs for British manufacturing giant ICI, including bedlinen, carpets, paint and wallpaper; diffusion ranges such as swimwear, hosiery, jewellery; the Daisy Fashion Doll; and popular skincare and make-up products. Quant also introduced skincare for men and published books promoting her ideas about cosmetics.

In 1990, Quant was awarded the prestigious Hall of Fame Award by the British Fashion Council, recognising her many contributions to British fashion. She published her second autobiography in 2012 and became a Dame on the 2015 New Year’s Honours list. Head to the V&A to discover the fashion force whose enduring influence has altered the style landscape forever. 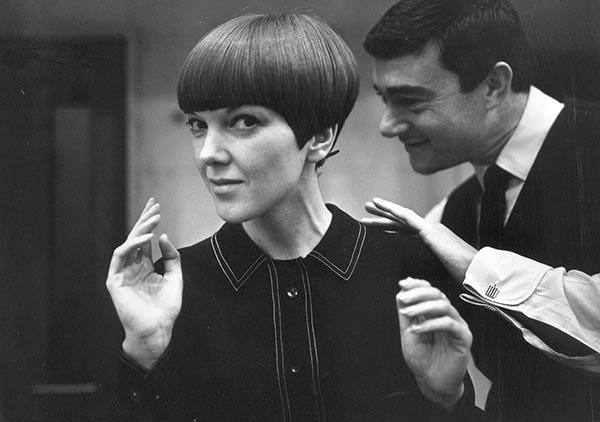 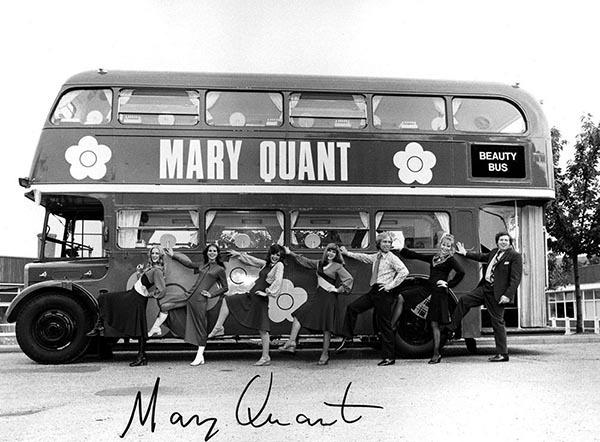 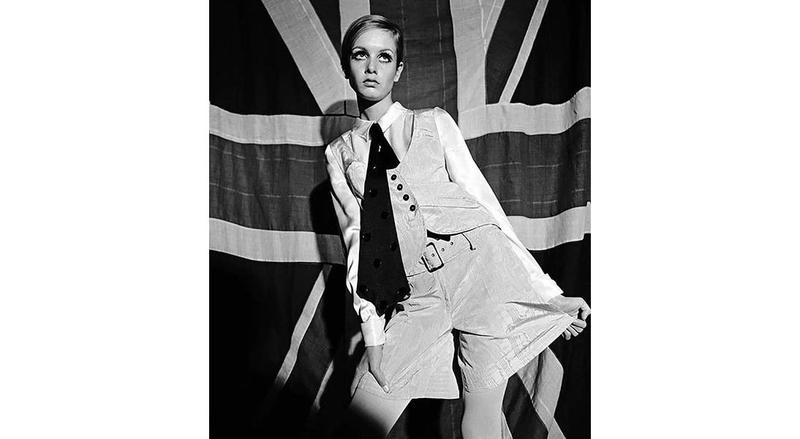 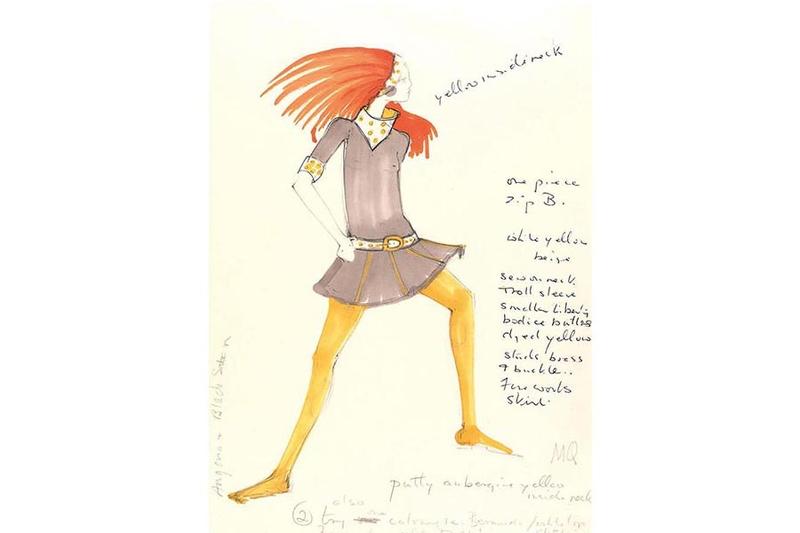 Design for a cowl neck minidress with mustard-yellow tights by Mary Quant, circa 1967