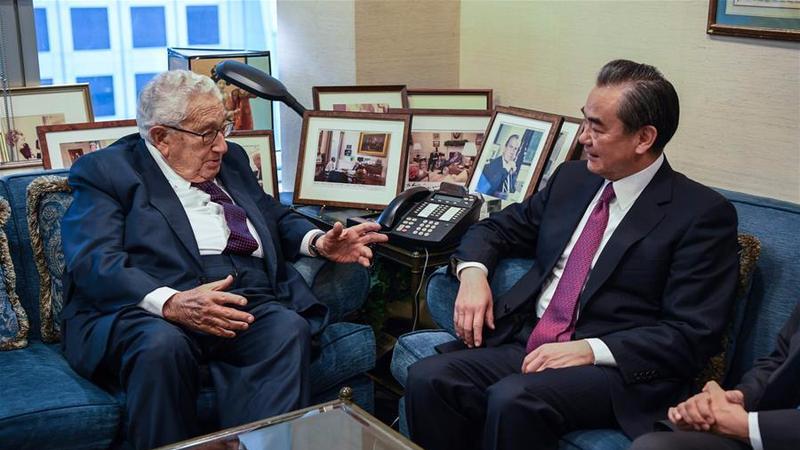 Thanks to joint efforts, China-US relations underwent stable transition and witnessed positive development after the assumption of power by the new US administration in January this year

Pointing out that 2017 marks the 45th anniversary of the restoration of ties between the People's Republic of China and the United States, Wang said the development of China-US ties over this period demonstrates that cooperation is the only right choice.

Thanks to joint efforts, China-US relations underwent stable transition and witnessed positive development after the assumption of power by the new US administration in January this year, said Wang, who is in New York for this year's general debate of the UN General Assembly.

Wang stressed the importance of preparations for Trump's visit to China this year and the need to ensure success of the visit so as to carry forward China-US relations in the interest of the two peoples and people of other countries.

Kissinger said that US-China relations have seen historic development since the restoration of ties and have brought about tangible benefits to the two countries and the two peoples.

Today, despite differences in certain areas, the two countries can learn to cooperate and further expand fields of cooperation, he said.

Kissinger expressed the hope that Trump's trip to China will not only solve specific problems, but also help lay a sound foundation for medium- and long-term cooperation between the two countries.

The two also exchanged views on the nuclear issue of the Korean Peninsula, among other topics.

The Chinese foreign minister met with his Ukrainian counterpart Pavlo Klimkin, with the two sides pledging to enhance cooperation. 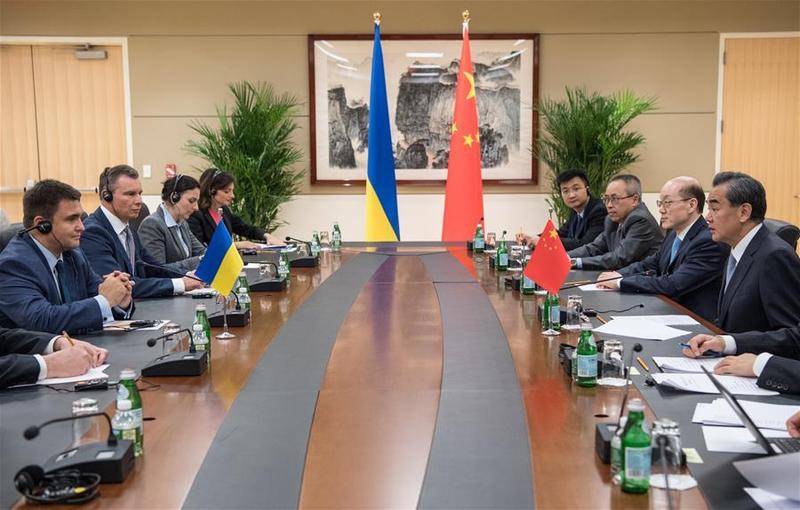 China is willing to deepen practical cooperation with Ukraine by seizing the opportunity of the Belt and Road Initiative and carry forward the strategic partnership between the two countries on the basis of mutual respect, equality and mutual benefit, said Wang.

This year marks the 25th anniversary of the establishment of diplomatic relations between the two countries, and bilateral relations now enjoy a solid foundation, Wang said.

China supports a political settlement of the crisis in Ukraine through dialogue and negotiations on the basis of the new Minsk agreement, he said.

Klimkin said his country fully supports the Belt and Road Initiative and is willing to deepen cooperation with China within this framework so as to push for practical results for bilateral relations.

Ukraine appreciates China's impartial stance on international and regional affairs and hopes China will play an even bigger role in efforts to solve Ukraine's crisis, he said.