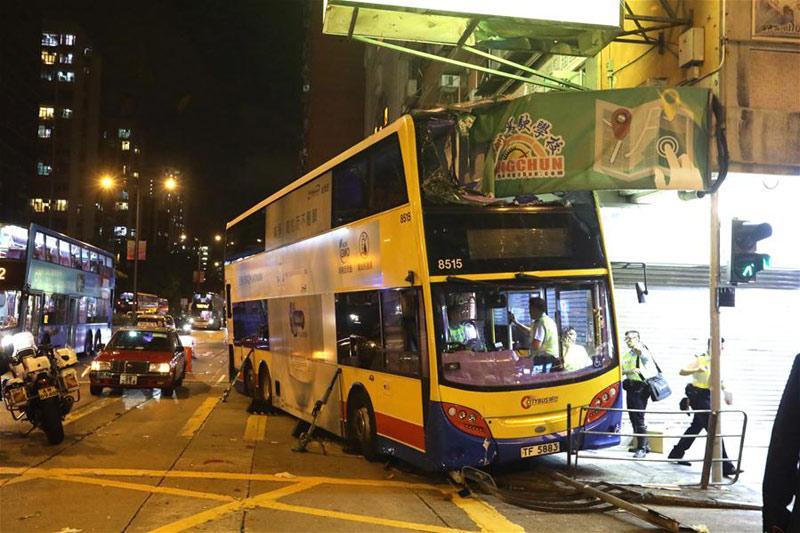 A Citybus mounts a pavement at a junction in the Sham Shui Po district in Hong Kong, Sept 22, 2017. (LIU YONGDONG / AFP)

HONG KONG - Three people were killed and 29 others injured when a bus mounted a pavement in Hong Kong on Friday evening.

The police said the accident occurred at around 6:30 pm at a junction in the Sham Shui Po district. When a taxi in front braked, the double-decker bus hit the rear of the taxi, then swerved left and mounted the pavement, smashing through railings and hitting a building's canopy.

Pictures of the scene show that an overhanging advertisement on the building had partly pierced through the front window of the upper deck. 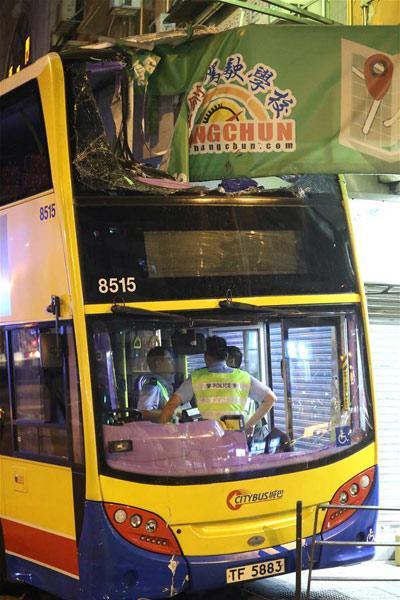 This photo of the scene shows an overhanging advertisement on a building partly pierced through the front window of the upper deck following the accident in Hong Kong on Sept 22, 2017. (LIU YONGDONG / AFP)

Choi Wai Fung, director of the Mong Kok Fire Station, said firefighters arrived at the scene minutes later and found four passengers trapped on the upper deck and four people rolled under the bus. It took around 30 minutes to rescue all the injured out.

Many ambulances were sent to the scene for rescue efforts. An official in charge of paramedic efforts for this accident said one person was declared dead at the scene, while another two succumbed to their injuries in hospital.

The injured were sent to four nearby hospitals, and eight of them were in critical condition, according to the official.

The police have arrested the 44-year-old bus driver on suspicion of dangerous driving.

The bus company Citybus said the driver joined the company in May 2012 and he had started work at 5:25 pm It was his first shift of the day. 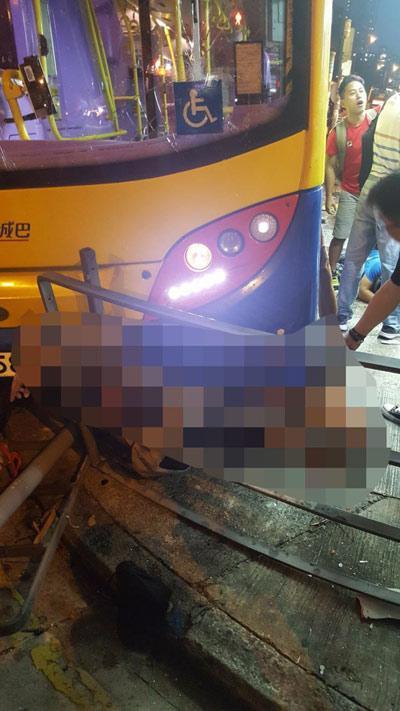 Two people were trapped under a bus which mounted a pavement in Sham Shui Po on Sept 22, 2017. (INTERNET PHOTO) 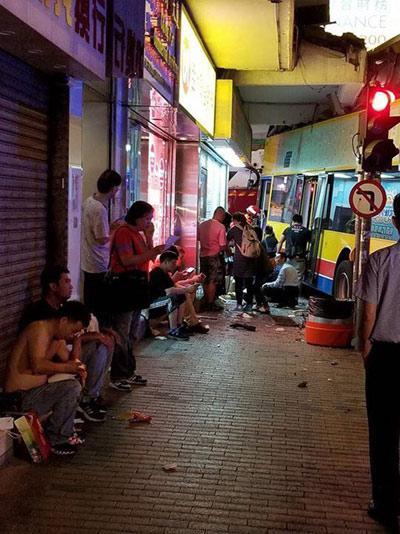 Injured passers-by and passengers sit on the pavement waiting for the ambulance after the accident. (INTERNET PHOTO) 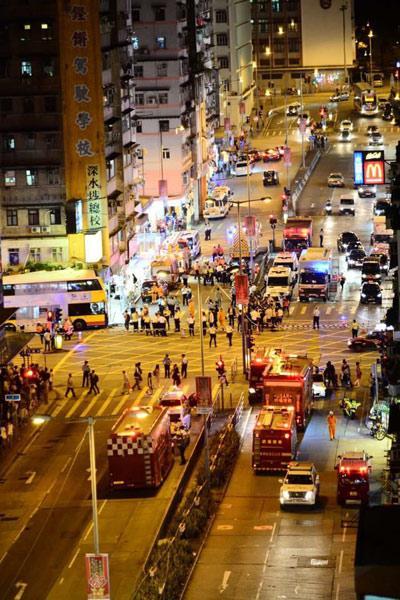