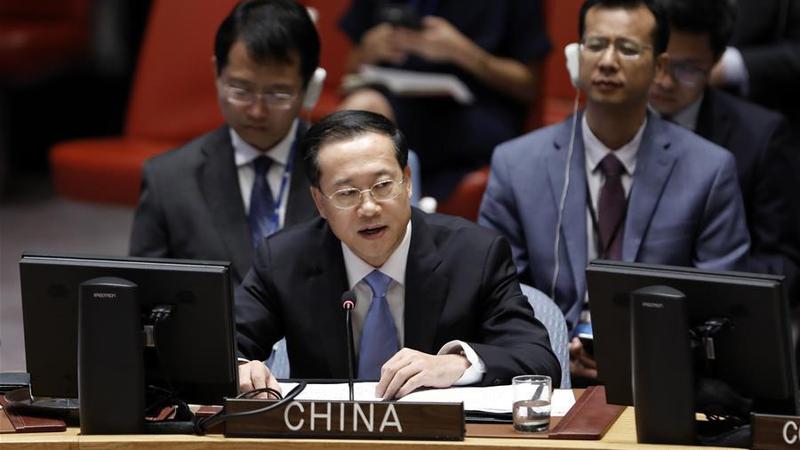 UNITED NATIONS - The Chinese envoy to the United Nations said Wednesday that the Iran nuclear deal has proved its worth and deserves full and effective implementation.

At a Security Council meeting on Iran, Chinese Permanent Representative to the UN Ma Zhaoxu said the deal as a major multilateralism achievement serves the common interest of the international community.

He noted the UN nuclear watchdog IAEA has confirmed in 13 consecutive reports that Iran continues to implement its nuclear-related commitments under the deal, and urged its full and effective implementation as its worth has been affirmed through practice.

Currently, the implementation of the deal is undergoing a critical phase, he cautioned, expressing appreciation for its participants' efforts in delivering on their commitments.

He expressed regrets that the United States pulled out of the deal and re-imposed sanctions on Iran, and urged all parties to properly address the difficulties they face in economic and trade cooperation with Iran as a result.

Moreover, Ma stressed all parties should deal with the issue of Iran's ballistic missiles with caution through precise interpretation of related Security Council resolutions, adding Iran's stance that it has no intention to develop any nuclear weapon should be properly noted.

Ma's views were echoed by many at the Security Council on Wednesday.

UN Under-Secretary-General for Political Affairs Rosemary DiCarlo said the UN secretary-general welcomed the reaffirmation by the participants to the deal of their commitments to its full and effective implementation.

It is essential, she said, that the plan continues to work for all participants, including the Iranian people who should also receive tangible economic benefits.

In addition, the EU members on the council reaffirmed their commitment and support to the deal.

"The JCPOA has significantly rolled back Iran's nuclear program and ensures it does not develop a nuclear weapon. This is key for European security," they said in a joint statement, using the initials of the official name of the deal.

As long as Iran continues to implement its commitments in full, the EU will remain fully committed to the continued implementation of the agreement, according to the statement, endorsed by Britain, France, the Netherlands, Sweden, Poland -- the current EU members on the Security Council -- and Belgium, Germany, and Italy.

Belgium and Germany will become council members next year. Italy split a two-year council term with the Netherlands.

Iran and the five permanent members of the Security Council -- Britain, China, France, Russia and the United States -- plus Germany struck the nuclear deal in July 2015, under which Iran should roll back its nuclear program in exchange for the lift of the sanctions imposed on it.

The United States quit the deal in May, saying it did not put tough restrictions on Iran's ballistic missile program.