US recognition of Jerusalem stirs sentiments of Islamic world 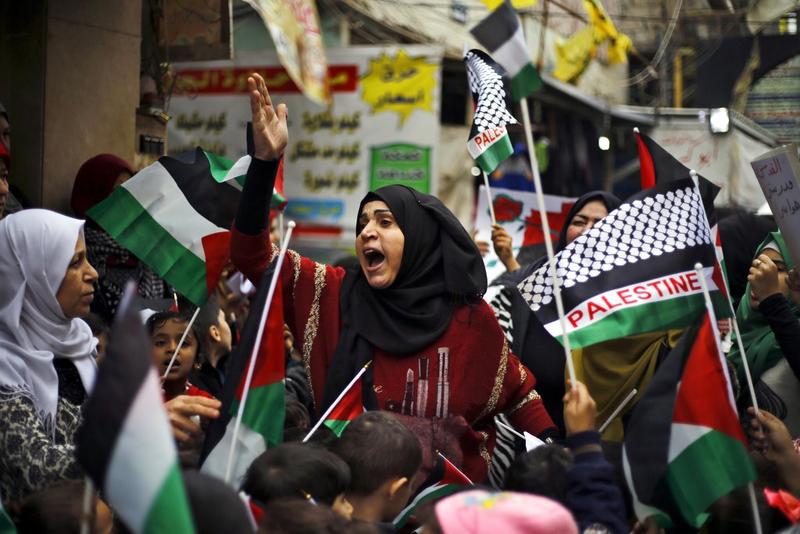 CAIRO - The US President Donald Trump's declaration on Wednesday to recognize Jerusalem as Israel's capital drew strong condemnation from the Arab states and the Islamic world, despite Israel hailing the move as "courageous and just decision."

Defying all warnings, Trump announced his official recognition and instructed the State Department to begin the process of moving the US embassy from Tel Aviv to Jerusalem.

ALSO READ: Mideast on edge ahead of Trump's move on Jerusalem

Shortly after Trump's announcement, Palestinian President Mahmoud Abbas condemned and rejected the US decision in a speech aired live on the official Palestinian Television, saying the declaration will not give any legitimacy to Israel in this matter.

He said the United States is ignoring and contradicting "the international consensus expressed by the positions of various countries of the world."

Abbas clearly stated that the declaration represents a withdrawal of US role in sponsoring the peace process, adding that the move encourages Israel "to pursue the policy of occupation, settlement and ethnic cleansing."

Turkish President Recep Tayyip Erdogan on Thursday criticized Trump's decision, saying the move was "throwing the region into a circle of fire."
He added that political leaders should seek to achieve peace rather than stirring up destabilization.
Erdogan said he planned to talk with Pope Francis and leaders of Russia, France, Germany, Britain and Spain on this issue.

Erdogan also reiterated that leaders of the members of Organization of Islamic Cooperation (OIC), an international organization of 57 Muslim countries, would meet in Istanbul next week to display joint action over Jerusalem.

Palestine Liberation Organization Secretary General Saeb Erekat also slammed the move, saying "the destiny of Jerusalem is not determined by the US president."

Meanwhile, mass rallies, demonstrations and protests took place in most of the Gaza Strip area, rejecting the US decision.

Hamas leader Ismail Radwan said during a Hamas march in Gaza City that "we are ready to sacrifice our souls for Jerusalem, and we will not accept the aggression against Jerusalem which is the eternal capital of our people."

Ismail Haniyeh, chief of Hamas movement said the US decision will not change the facts of history and geography. The Palestinian people know how to respond appropriately to the disregarding of their feelings and sanctities.

Israeli Prime Minister Benjamin Netanyahu called Trump's recognition of Jerusalem as Israel's capital as "historic," saying that it showed US commitment to "an ancient but enduring truth."

He said many countries would follow the United States in recognizing Jerusalem as Israel's capital and contacts were underway.

"I would like to announce that we are already in contact with other countries which will issue a similar recognition," Netanyahu said in a speech at Israel's Foreign Ministry.

Meanwhile, Lebanon's pro-Hezbollah al-Akhbar newspaper declared "Death to America" on its front page on Thursday, the strongest reaction among universally critical Lebanese press coverage of Trump's decision on the stauts of disputed Jerusalem.

Jerusalem, which is home to holy sites sacred to Jews, Muslims and Christians, lies at the core of the Israeli-Palestinian dispute. Trump's controversial move is expected to enrage the Muslim world, which has warned of serious consequences. 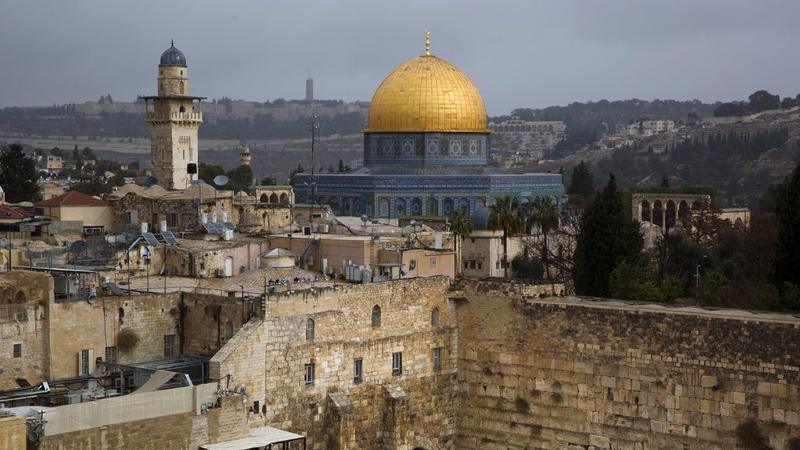 A view of the Western Wall and the Dome of the Rock, some of the holiest sites for for Jews and Muslims, is seen in Jerusalem's Old City, Dec 6, 2017. (ODED BALILTY / AP)

Jordan's Minister of State for Media Affairs Mohammad Momani said that the move is in violation of the international legitimacy resolutions and the UN charter.

The minister said Jordan rejected the decision, which will increase tension and strengthen the occupation. "The decision, which preceded any results of the final status negotiations, fuels outrage and provokes the feelings of the Muslims and Christians across the Arab and Islamic world," he said.

Iranian President Hassan Rouhani slammed the move as "illegal" and would further destabilize the Middle East, holding Israel "responsible for all the insecurity and instability" in the region.

During a phone conversation with his Turkish counterpart Recep Tayyip Erdogan on Wednesday, Rouhani called on Islamic states to join hands in opposing the "dangerous" move.

Egypt reiterated that such unilateral decision violates the international legitimacy, adding the decision will not change the legal status of Jerusalem as an occupied city.

Egypt's Foreign Ministry said the decision will also have negative impacts on the future of the peace process between the Palestinians and the Israelis, as Jerusalem is one of its major issues.

Lebanon's President Michel Aoun said that "this decision reversed the peace process between the Palestinians and the Israelis for decades and killed every attempt that has been made to bring the points of view closer."

Aoun called on Arab states to take "a unified stance to bring back the Arabic identity of Jerusalem and to restore the international resolutions and the Arab peace initiative as the only way to achieve a just and comprehensive peace that restores the rights to their owners."

Qatar also warned of "dangerous repercussions" of the US decision, as its Prime Minister Sheikh Abdullah bin Nasser bin Khalifa al-Thani said the move could contradict with international law and legitimacy, in addition to all the peace efforts based on a two-state solution.

Other regional countries including Algeria, Iraq and Syria also voiced condemnation against the US move.

While Israel took over East Jerusalem from Jordan in the 1967 war and declared the whole city as its eternal indivisible capital in 1980, it has not been recognized by the international community.

The Palestinians insist that they should establish an independent state with East Jerusalem as its capital in the final settlement.

Under the Israeli-Palestinian peace accord, the status of Jerusalem should be determined through the final-status talks between Israel and the Palestinians.

All countries, including the US, have so far located their embassies in Tel Aviv, in order to advance the Israeli-Palestinian peace process.

Trump's three predecessors repeatedly halted the relocation of the US embassy to Jerusalem despite the passage of a law by US Congress in 1995 to do so, citing it could derail the Israeli-Palestinian peace process.