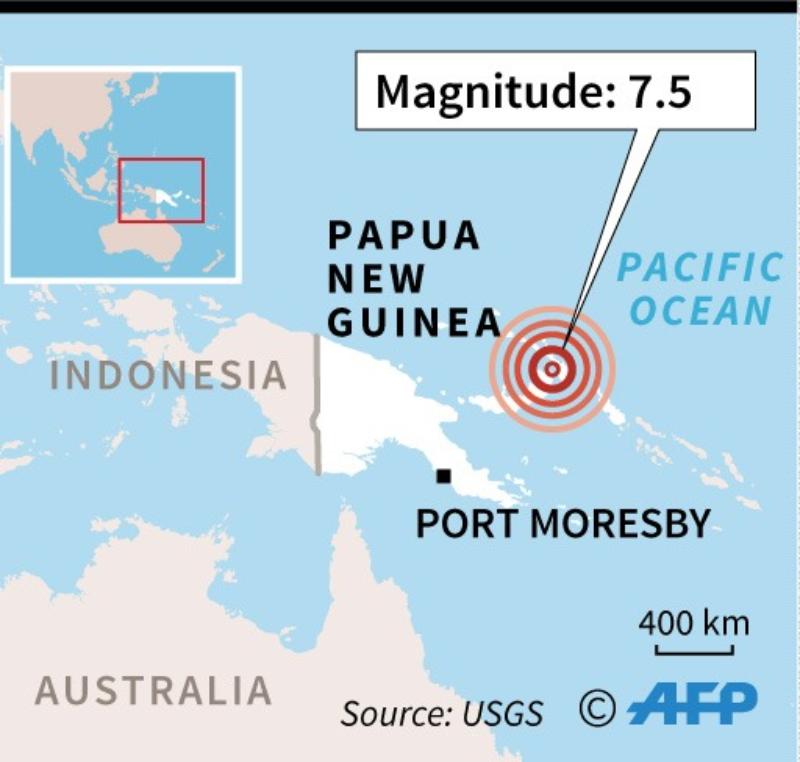 WELLINGTON — Papua New Guinea authorities were assessing the extent of damage Wednesday from a powerful earthquake that rattled coastal towns the previous evening.

The magnitude 7.5 quake struck around 11 pm Tuesday at a relatively shallow depth of 10 kilometers, according to the US Geological Survey. It was offshore about 45 kilometers northeast of Kokopo, which has about 26,000 people.

Chris McKee, the acting director of geohazards management, said there was some damage in Kokopo as items were shaken from shelves and the power had been cut. He said a small tsunami was generated, but the late-night darkness made an assessment difficult.

McKee said the earthquake was a strike-slip event along a fault line, a type of quake that doesn't usually trigger major tsunamis.

Garfield Tarabu, a spokesman at the National Disaster Centre, said a disaster coordinator was on the ground assessing the situation in and around Kokopo but they hadn't yet gotten an update on the extent of the damage.

The US Pacific Tsunami Warning Center had said tsunami waves of up to 1 meter were possible along coastal areas up to 1,000 kilometers from the epicenter, including Papua New Guinea and the nearby Solomon Islands.

Papua New Guinea is located on the eastern half of the island of New Guinea, to the east of Indonesia and north of eastern Australia.

It sits on the Pacific's "Ring of Fire," the arc of seismic faults around the Pacific Ocean where much of the world's earthquakes and volcanic activity occurs.

A magnitude 7.5 earthquake in 2018 in the nation's central region killed at least 125 people. That quake hit areas that are remote and undeveloped, and assessments about the scale of the damage and injuries were slow to filter out.