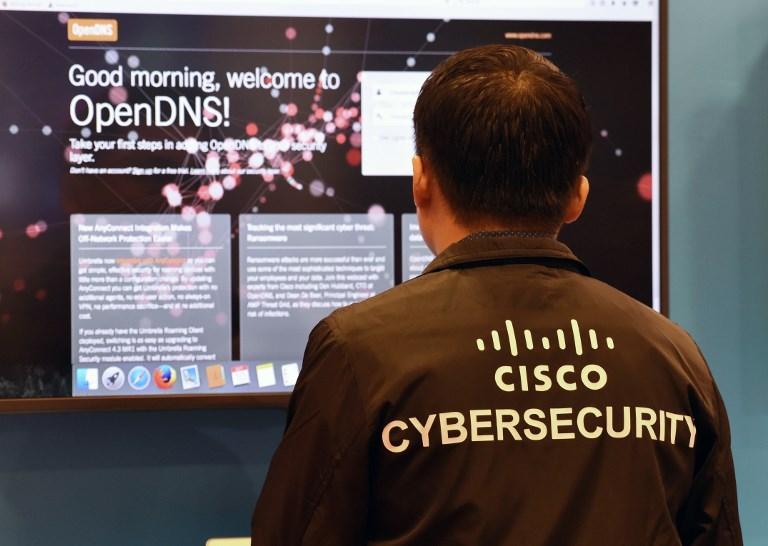 A Cisco exhibition staff member stands in front of a screen at the company booth during the Singapore International Cyber Week 2016 in Singapore on Oct 10, 2016. (ROSLAN RAHMAN / AFP)

SINGAPORE - Singapore has launched a new bill on cybersecurity in a bid to set up a framework to reduce cyber risks of the country, the Straits Times reported on Tuesday.

According to the proposed Cyber Security Bill, when a cyberattack occurs, Singapore's Cyber Security Agency (CSA) will be empowered to carry out an investigation and the affected companies or entities have to share related information with the CSA.

As the fruit of almost two years of work of the CSA, the bill aims to blur the line between cyber threats to the public sector and the private sector by plugging security gaps in critical information infrastructure (CII), such as those used to run banking, telecoms, transport, healthcare and energy essential services.

The bill will also confer power on CSA's chief as Commissioner of Cyber Security to investigate threats and incidents to ensure essential services are not disrupted in the event of a cyberattack.

For the first time, the Cyber Security Bill here spells out proactive measures which aim to minimize disruption to essential services when such attacks happen. They include mandating CII owners to notify the commissioner if the CII suffers a cybersecurity attack.

The CSA's National Cyber Incident Response Framework requires notification "within hours," otherwise, a fine of up to 100,000 Singapore dollars (about 72,220 U.S. dollars) or a jail term of up to 10 years will be conducted.

The proposed bill is going through a public consultation that ends on Aug. 3. It will also be introduced and debated in Parliament later this year.