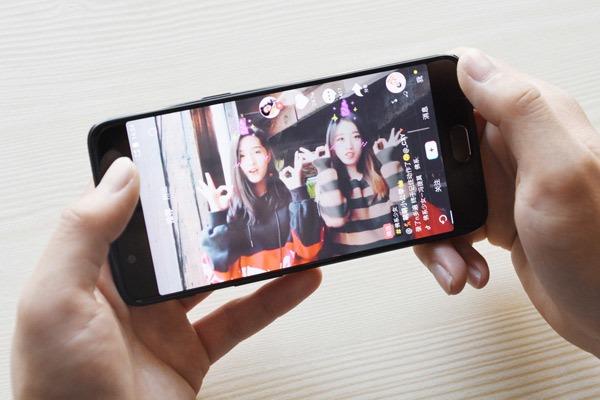 Douyin, a Chinese app that publishes short videos, announced it will go global this year and cover markets like Japan, South Korea and Southeast Asia.

Douyin is a Vine-like app that is popular in Western countries. It allows users to shoot videos no longer than 15 seconds. It provides basic guidelines for production. It boasts a massive music library.

Users usually imitate scenes in movies and TV operas in an exaggerated manner, or dance to music with a strong sense of rhythm - all to evoke a few laughs among the viewers.

"Short videos can meet young people's demand to follow the fashion, show themselves in front of camera and communicate with others, with a low technological barrier," said Ma Shicong, an analyst with market consultancy Analysys.

Wang Xiaowei, product manager of the app, said at an online news conference in March that more resources would be invested to offer content about travel, fashion, sports, games and pets, to attract international audiences.

Toutiao had adopted the same strategy this year.

Besides funny videos, many netizens upload videos showing food at restaurants, scenery of tourist attractions or experience of learning some folk art.

Such videos help attract visitors to those destinations, Wang said.

"There is much space to explore in the overseas market too," Wang said.

Market value of China's short videos segment reached about 5.73 billion yuan (US$900 million) in 2017, up 184 percent year-on-year. It is expected to surpass 30 billion yuan in 2020, according to a report from consultancy iResearch.

Besides Douyin, Toutiao also has other short video apps, such as Xigua and Huoshan.

Internet giants Baidu Inc, Tencent and Alibaba Group also have a presence in this market.

Ma said the short videos market saw a speedy development in China from late 2016 through 2017 and the market is still expanding with more participants expected from various industries.

However, none of the apps has broken even, according to Ma.

"The costs in video industry are very high with regard to brand-building, traffic attraction and promotion," she said.

She also said most of the apps seek to make profit through advertising revenue, membership fee or value-added services.

Since a video is very short, the medium is suitable for high-impact advertising, she said.

"Advertisers are showing interest, although sometimes it's hard to tell whether it's pure content or advertisements that you are viewing."

In terms of future development, Ma suggested companies should improve data analysis to push more tailor-made content for different individuals as per their special interests.

Besides, they should guide users to produce more videos on their own instead of just watching others' products to strengthen interaction.

She said the short video format will welcome more business potential in various fields like e-commerce, social media and entertainment.