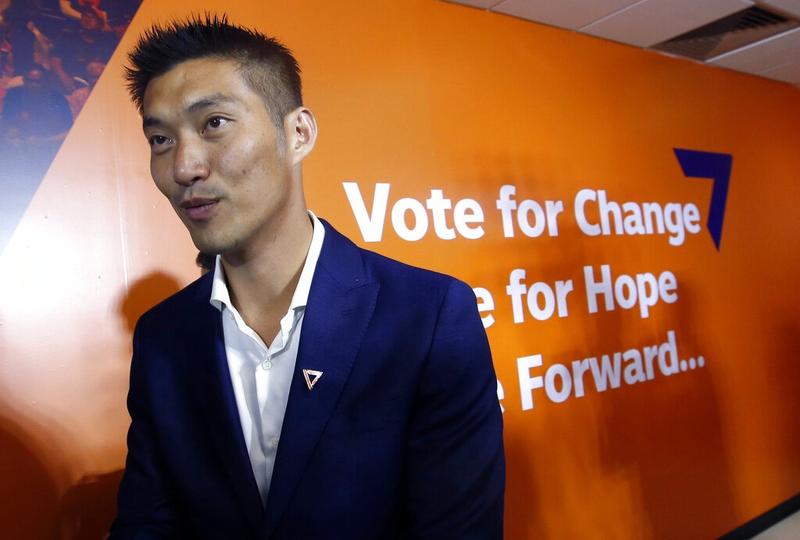 Thanathorn, in the party's headquarters in Bangkok, assured that he was ready to become the head of a coalition government following the March 24 election.

Thanathorn noted that many people have been confused and desperate to see some positive changes in post-election politics.

The Future Forward Party leader confirmed that he has held talks with the leaders of some other parties.

Earlier, Thailand's Election Commission (EC) urged the Constitutional Court to judge if Thanathorn had been disqualified as an electoral candidate due to the disputable possession of a little-known media firm's shares.

READ MORE: Thai parties woo young voters, but one may hit the mark

In a press statement released on Thursday, the EC announced that it has petitioned for the Constitutional Court's ruling on the alleged possession of V-Luck Media shares by the Future Forward party leader in regards to the constitution's Article 98 and Article 101, which prohibit all electoral candidates from holding shares of media firms.

Thanathorn had repeatedly dismissed the allegations and contended that he had transferred all his shares in that media firm to other persons several days before he applied in early February to contest the election.

If found guilty as ruled by the court in support of the EC petition, the Future Forward Party leader's electoral candidacy would be disqualified in retroactive fashion, thus losing his MP status.

"If the party got dissolved, I wouldn't want to work in a profit-seeking industry anymore. I have had enough. I would work in a social enterprise, perhaps", Thanathorn said at an event held on Wednesday night.