Mexico cancels school in capital due to poor air quality 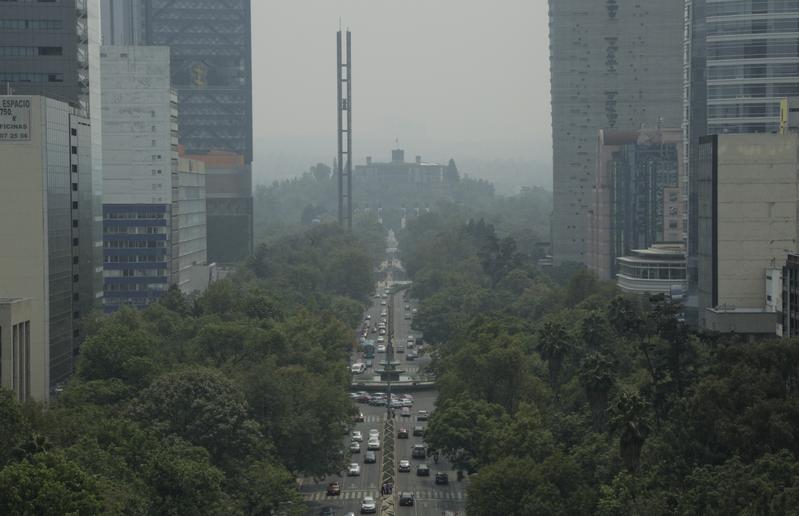 MEXICO CITY — Mexico's education ministry cancelled schools in the capital and surrounding areas for Thursday due to a siege of air pollution.

Mexico is facing an extremely heavy season of brush and forest fires, with 4,425 blazes recorded so far this year

Weather conditions at the end of Mexico's dry season combined with dozens of brushfires burning in and around the city have produced a blanket of smoky haze.

The federal Environment Department said Wednesday that 3,800 firefighters are combatting an average of about 100 fires a day in brush, scrub, agricultural and forest land throughout the country. Fire risk is highest in the spring for much of Mexico because the summer rainy season has not yet started.

Officials have warned that it could be harmful to at-risk people, especially due to high levels of tiny particles in the air. It triggered a pollution alert this week in Mexico City.

City environmental officials announced the closure Thursday of a park and zoo on the south side of the city as well as children's playgrounds in the sprawling Chapultepec Park.

The conditions also led to the postponement of professional soccer and baseball games in Mexico City this week as well as the imposition of driving limits due to high ozone levels.

On Wednesday, the soccer league announced that a semifinal match between America and Leon that had already been postponed due to air quality would be moved out of the city and played in Queretaro on Thursday. 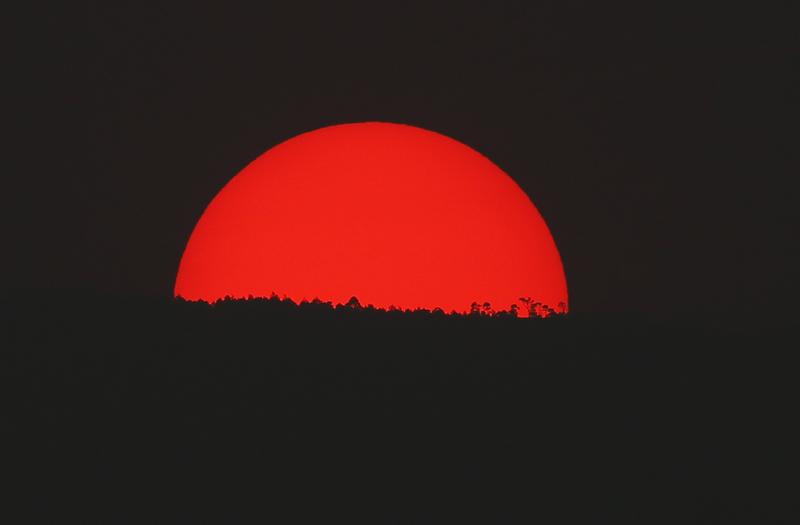 Tinted blood red by a thick cloud of smoke and pollution, the sun sets on the mountains above Mexico City, May 13, 2019. (MARCO UGARTE / AP)

The league said its original backup plan was to play the game in Toluca, capital of neighboring Mexico state, but air quality there also is too poor.

The National Autonomous University of Mexico also announced it would suspend all activities at its facilities in the metropolitan area Thursday.

Some 20 million people live in the Mexico City metropolitan area.

Mexico is facing an extremely heavy season of brush and forest fires, with 4,425 blazes recorded so far this year. About 378,000 acres (152,952 hectares) have been burned, officials say.