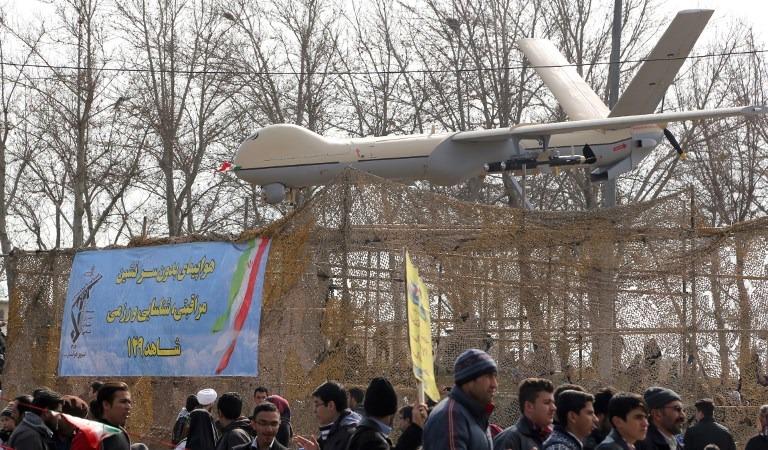 Iranians walk past Iran's Shahed 129 drone during celebrations in Tehran to mark the 37th anniversary of the Islamic revolution on Feb 11, 2016. (ATTA KENARE / AFP)

The drones were put on display at an exhibition of achievements of the armed forces.

Another drone, the renovated Shahed-129, is capable of carrying out surveillance, reconnaissance, and combat operations

Another drone, the renovated Shahed-129, is capable of carrying out surveillance, reconnaissance, and combat operations by using bombs and missiles.

The Saeqeh-2 jet fighter, which can carry four guided bombs, was also on display.

The exhibition also featured a number of guided missiles to be deployed on drones and fighter jets.

One of them was the Akhgar missile, the latest projectile manufactured for deployment on Iranian drones.

It is a 1.7-meter-long and television-guided missile with a range of 30 km and can fly at the speed of 600 km per hour.

Another guided missile, Qassed-3, can be deployed on fighter jets. It is 5.15 meters in length and can carry a 453-kg warhead with a range of 100 km.