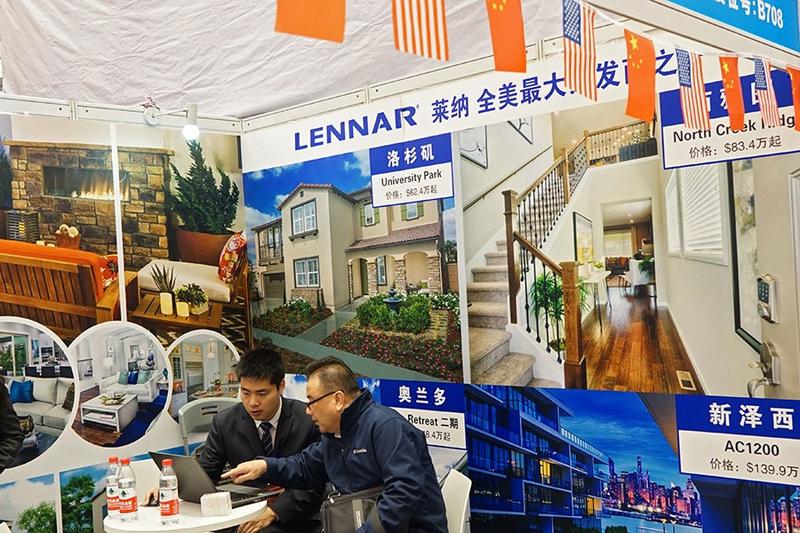 Over the past 10 months, Bei Qin, a realtor in Silicon Valley, California, has not had any clients from China, a market that used to be her major source of business.

"We had the best business in 2016 and 2017. Every day, we had inquiries from Chinese buyers and every week our WeChat account had more than 10 new subscribers," said Qin, president of ACEQ Investment Group in Cupertino. "Now, those days are gone."

Chinese buyers acquired real estate in the US worth US$13.4 billion, compared with US$30.4 billion a year earlier. They were followed by Canadians, who bought homes costing a total of US$8 billion

After a decade of increasing investment by wealthy Chinese in residential property purchases in the United States the biggest proportion of international buyers for seven consecutive years purchases plunged by 56 percent in the 12 months to March, according to a report by the National Association of Realtors, or NAR.

READ MORE: Tariffs to take toll on US homebuyers

During that period, Chinese buyers acquired real estate in the US worth US$13.4 billion, compared with US$30.4 billion a year earlier. They were followed by Canadians, who bought homes costing a total of US$8 billion, according to the report.

"But increasing trade tension rhetoric may also have dented confidence about buying in the US, along with uncertainty over whether travel restrictions would be applied in the future."

Juwai, China's largest international property website, has forecast that the downward trend among Chinese buying homes in the US will continue next year, with the estimated total amount falling to US$10 billion to US$12 billion by March.

ALSO READ: China Life splashes out on US property

Inquiries by Chinese for US properties were down by 27.5 percent year-on-year in the first quarter, and have fallen for four of the past five quarters, according to the website.

California, the top destination for Chinese residential investment in the US, is feeling the impact.

Oscar Wei, senior economist and director of research at the California Association of Realtors, said the trend in the state is not as "dramatic" as portrayed by the NAR report. "The proportion of Chinese buyers among international ones has slowed a little compared with last year," he said.

Uncertainties created by trade tensions between China and the US, along with homes costing more due to the yuan weakening, have played a role in the decline, he said. 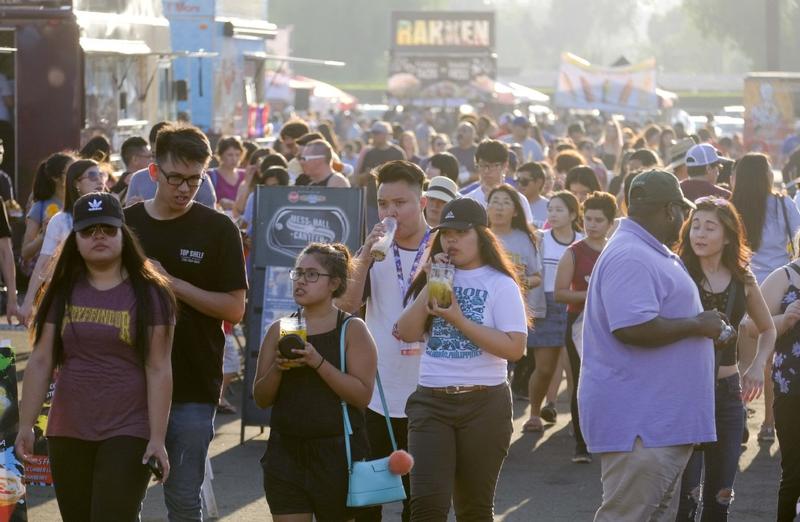 The US government has threatened to place tariffs on virtually all Chinese-made goods, including US$300 billion of imports, on top of the 25 percent tariff already imposed on US$250-billion-worth of products from the country. But the administration has delayed some tariffs until next month because of concerns about economic fallout.

"The tariffs would lead to an increase in consumer prices. Eventually, when you have inflation, that's going to affect overall prices-not just consumer prices but also those for homes. It would affect people's desire to buy property," Wei said.

Concerns over the decline in property prices may discourage potential Chinese buyers and lead to them waiting until a trade deal is worked out, he said.

According to Juwai, a good education system has been a major factor motivating Chinese buying property in the US to enable their children to study at universities and colleges

At the same time, a stronger dollar has made US homes more expensive for Chinese buyers. During the 12-month period from March last year, the dollar strengthened against the yuan by 1 percent, according to the NAR report.

"Even if home prices remain unchanged, as the dollar is stronger it takes more yuan to pay for a home," Wei said. "Costs are now higher for Chinese buyers, and that's on top of the trade uncertainties we are seeing."

He said house prices in California have risen in general in the past two years, and homes are not as affordable as previously. "Chinese buyers may be thinking about putting off purchasing now and waiting a couple of years to see if prices will come down," he said.

Carrie Law, CEO and director of Juwai, referred to a combination of anti-Chinese political rhetoric, a clampdown on visa processing, and tariffs. "This is undercutting some of the primary drivers of Chinese demand for US property, including buying homes for students who are studying in the US and the country's reputation as a safe investment destination," she said in a recent CNBC report.

According to Juwai, a good education system has been a major factor motivating Chinese buying property in the US to enable their children to study at universities and colleges.

But as tensions between the two countries have risen, Chinese scholars and students have faced increasing US allegations of espionage, along with intense scrutiny due to concerns about alleged intellectual property theft.

This year, the US canceled visas for a number of prominent Chinese scholars with government links, and the increased scrutiny has delayed visas for Chinese students. Nearly 13,000 fewer US visas were issued overseas for Chinese last year compared with 2016, according to the US State Department.

A company executive in Beijing, who is searching for property in California and requested anonymity, said he is cautious about investing now, as the political climate has become "unfavorable" for Chinese.

"The home is for my daughter after she graduates. But safety is my biggest concern. I've heard that Canada has a favorable immigration policy for overseas students, so we are looking for more options," he said.

Keith Lo, a realtor in Los Angeles with more than 30 years' experience, said: "The visa problems, as reported by the media, have made more and more Chinese feel they are not welcome in the US. This has dampened their interest in the country, as they have many other choices now, such as Australia and New Zealand."

Qin, the Silicon Valley realtor, said 10-year visas, introduced by the US and China in 2014, had boosted sales to a degree, as many of her clients bought properties as vacation homes. At the time, they could travel without difficulty between the two countries.

As the situation has changed, some of her clients who have had trouble entering the US have approached her to place their homes on the market for rent. As more of her clients can no longer live in their properties, Qin has started another line of business-home-rental management.

The increasing difficulty in obtaining a visa, along with being denied entry to the US, has resulted in more homes being left vacant in areas with a high number of Chinese, such as the San Gabriel Valley in Los Angeles County.

The empty homes prompted the city of Arcadia to ask owners who intend to keep their property vacant to disclose their contact information to at least two agents, following complaints that the properties were not being kept up to community standards.

Coco Tan, a broker in San Jose, California, said a key reason for the drop in home sales is the increasing difficulty in moving money out of China. 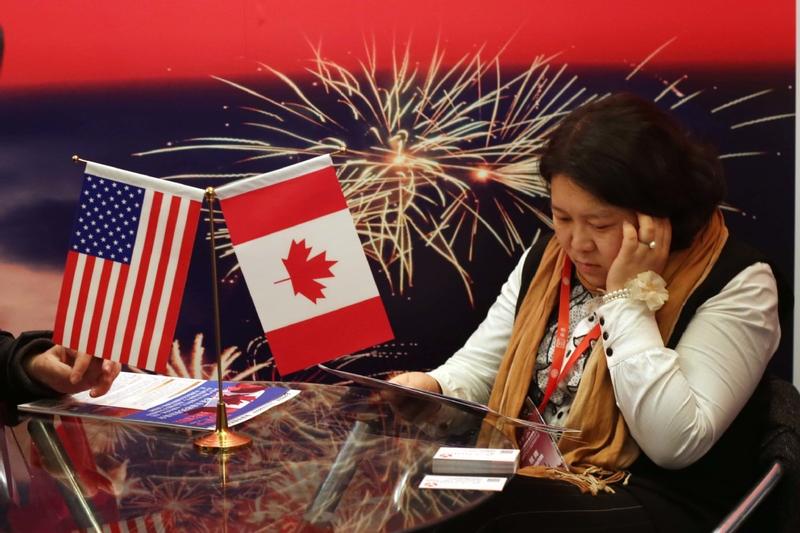 In 2015, amid concerns over capital flight, the State Administration of Foreign Exchange, the regulatory body, tightened the overseas transfer limit, imposing a cap of US$50,000 a year on individuals.

"Last year, one of my clients failed to strike a deal because he couldn't get the money out. I have often heard about similar cases," Tan said.

Regulations have since become more stringent, said Tan, who has only met with a few clients from China this year, but not closed a deal. "I think the demand is still there. The only problem is how to get the money out," she added.

The situation in which wealthy Chinese buyers paid for properties in cash-thus raising prices-has changed. With the tightened regulation on capital outflow, buyers from China are now looking at lower-priced homes and taking out mortgages more often.

Some 46 percent of homes were being bought through mortgages in the 12 months to March, compared with 37 percent the previous year, according to the NAR report.

Wei, from the California Association of Realtors, said, "Chinese buyers are purchasing less-expensive homes compared with a year ago, and more of them are taking out mortgages, because less cash is coming out of China."

This change has affected the upper end of the market in particular. Tan said that in the past, many Chinese buyers targeted "luxury homes"-those worth US$5 million to US$10 million. "Now, such houses sell very slowly," she said.

Lo, the Los Angeles realtor, said people are still finding ways to get their money out of China and into the US-for example, through relatives and friends-but only US$300,000 to US$500,000 a year at most, to maintain their properties. "But I doubt they can continue to do that for long. It's impossible to move a large amount to invest in a new property," he said.

Yun, NAR's chief economist, said: "Fewer foreign buyers means fewer home sales and, consequently, slower US economic activity. However, America is currently in a unique situation, with a housing shortage stemming from multiple years of underproduction of new homes. Therefore, a lack of foreign purchasers is quickly being filled by domestic buyers, and not necessarily causing notable harm.

Despite uncertainties, a weaker yuan and stronger capital controls, Lo said the fall in the number of Chinese buying homes in the US was a "natural result"

"In future years, when the market is back to normal, foreign buyers will be important in terms of sales and prices."

In its 2019 Wealth Report, property consultancy Knight Frank said that the current trade relationship between China and the US may cause Chinese investors to shift to other key markets. It suggested that investment could instead go to major cities in Australia, Japan and the United Kingdom.

According to property portal Juwai's Chinese Consumer International Survey 2019, which polled 678 respondents online in June and July, Australia is the most popular destination for overseas house purchases.

Some 29 percent of respondents cited living environment and education in Australia as key factors, followed by Canada (18 percent) and the US (14 percent).

Lo said that in the 1960s, the first batch of home buyers from Hong Kong bought properties in the US, followed by people from Taiwan in the 1980s, and then from the Chinese mainland in the 1990s. There was a sharp rise in the number of mainland buyers in the 2000s, especially after the 2008 financial crisis, when many countries were hit by a housing market crisis, he said.

Despite uncertainties, a weaker yuan and stronger capital controls, Lo said the fall in the number of Chinese buying homes in the US was a "natural result".

"As Chinese people get wealthier and travel the world, living in the US is not as attractive as before," he added.