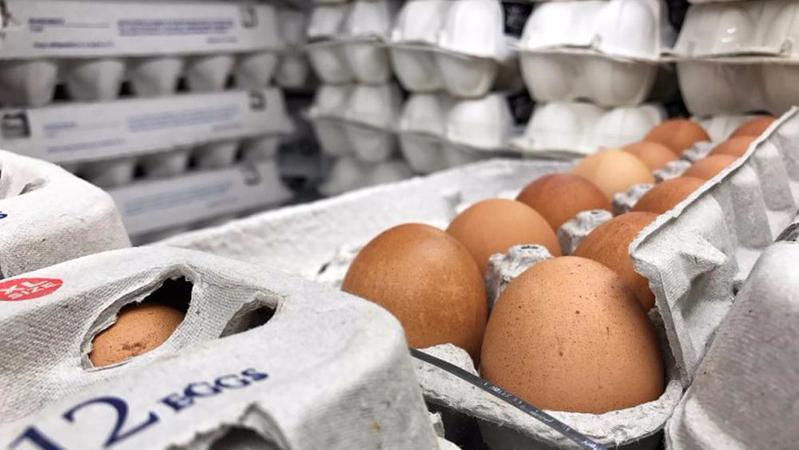 Cartons of eggs are pictured for sale on the shelves of a supermarket in Hong Kong on Aug 11, 2017. Hong Kong, Switzerland and 15 European Union countries have all received eggs contaminated with the chemical fipronil, which can harm human health, the European Commission said. Two days after eggs at a farm in the Gyeonggi province near South Korea's capital, Seoul, was found to have been contaminated with fipronil, President Moon Jae-in on Aug 16, 2017 ordered a nationwide inspection on all egg farms to find and destruct egg products contaminated with insecticides. (ANTHONY WALLACE / AFP)

Moon had a phone call with Prime Minister Lee Nak-yon earlier in the morning to instruct him to inform people of the ongoing inspection results in detail and take all necessary measures to prevent any tainted egg product from being distributed, according to the presidential Blue House.

According to the Ministry of Agriculture, Food and Rural Affairs, eggs at a farm in the Gyeonggi province near the capital Seoul was found late Monday to have been contaminated with fipronil, a type of insecticide to kill fleas and mites.

Among 1,239 egg farms across the country, the government completed inspections on 245 farms by Wednesday morning. Tainted eggs were found in four of the inspected farms.

The Blue House, the government and the ruling Democratic Party held a trilateral meeting earlier in the day, deciding to destroy all eggs tainted with pesticides regardless of the level of contamination.

Prime Minister Lee told reporters that the inspection and destruction of all contaminated eggs would be completed by Friday, according to local media reports.

Eggs, confirmed to have no pesticide contamination, would be immediately allowed for distribution in the country.

Three major discount chain operators decided to stop the circulation of eggs from Tuesday until the government's inspection ends.

The prime minister chaired a cabinet meeting, saying the agriculture ministry and the Ministry of Food and Drug Safety should inform people of the current situations most honestly and simply.

He urged the cabinet members to make all possible efforts to normalize the egg distribution at an earliest possible date and free people from unnecessary worries.