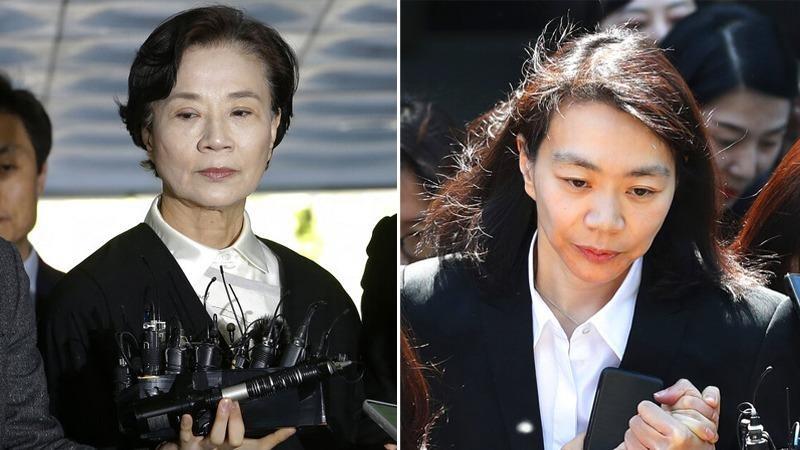 A South Korean court issued suspended sentences to the widow and daughter of late Korean Air Chairman Cho Yang-ho for using the airline to smuggle luxury goods into the country.

The Incheon District court on Thursday sentenced widow Lee Myung-hee to six months in prison, suspended for a year, and fined her 7 million won (US$5,900). Lee’s daughter, Heather Cho, a former Korean Air vice president who previously spent five months in jail over a case that became known as the nut-rage incident, got a suspended sentence of eight months and a 4.8 million won fine.

The suspended sentences are the latest among a string of scandals for the chaebol family that is facing a complicated succession after the death of the Korean Air chairman in April. A public outcry in South Korea over the nut-rage episode re-ignited a long-running debate over whether the country’s big family-run conglomerates hold too much power and influence.

In the court case Thursday, Lee and her daughter were charged with smuggling goods, including luxury clothes, fashion bags and earthenware, aboard Korean Air planes over several years, according to Yonhap News. They were disguised as items being brought in for the airline.

Heather Cho grabbed headlines in 2014 after the heiress ordered a Korean Air plane back to the gate after scolding a flight attendant for the way a bag of macadamia nuts was served. Cho’s five months in prison came as a Seoul court sentenced her to one year in jail for usurping a pilot’s authority.

Earlier this week, the youngest daughter, Emily Cho, returned to work as an executive focused on social responsibility. She had relinquished her corporate duties last year after being accused of tossing water at a contractor. Seoul prosecutors cleared her of assault allegations.