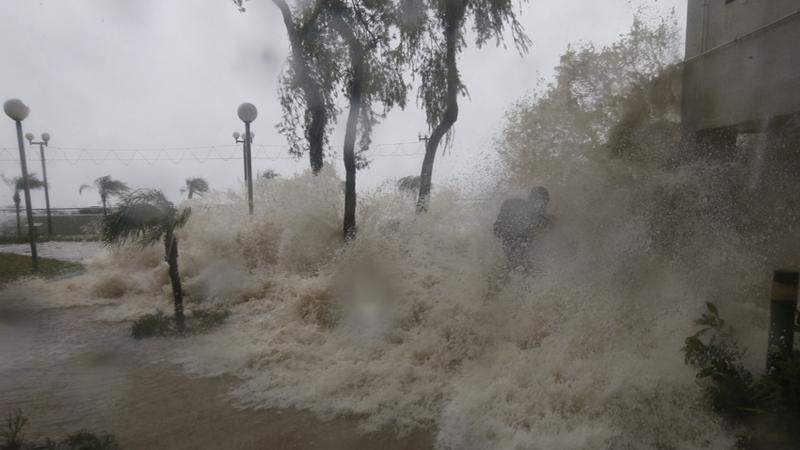 SHENZHEN – Flooding and damaged buildings were reported across Hong Kong and Macao special administrative regions and Guangdong province, as "super typhoon" Mangkhut with a record severity is sweeping past the Pearl River Delta (PRD), bringing intense winds and heavy rain.

In a 6:45pm bulletin, the Hong Kong Observatory said Mangkhut was departing Hong Kong gradually, and local winds are weakening.

Mangkhut landed at 5 pm on Sunday on the coast of Jiangmen City, south China's Guangdong province, packing winds up to 162 km per hour, Xinhua reported quoting the provincial meteorological station.

Smashed windows, uprooted trees, rough waves crashing against the breakwater, swaying buildings, falling walls and flooded lobbies of residential estates were seen from images and videos posted on social media across cities in the PRD region.

In Hong Kong, the Home Affairs Department has so far opened 48 temporary shelters in various districts and 1,219 people have sought refuge at the shelters.

According to the Hospital Authority, 213 people – 117 men and 96 women – sought medical treatment at public hospitals during the typhoon period as of 5 pm.

As heavy rainstorm is affecting the city, the Hong Kong Observatory announced flooding in northern New Territories at 11:25 am.

As of 5 pm, the 1823 Government Call Centre received 179 reports of fallen tree and the Drainage Services Department has received 26 confirmed flooding cases. 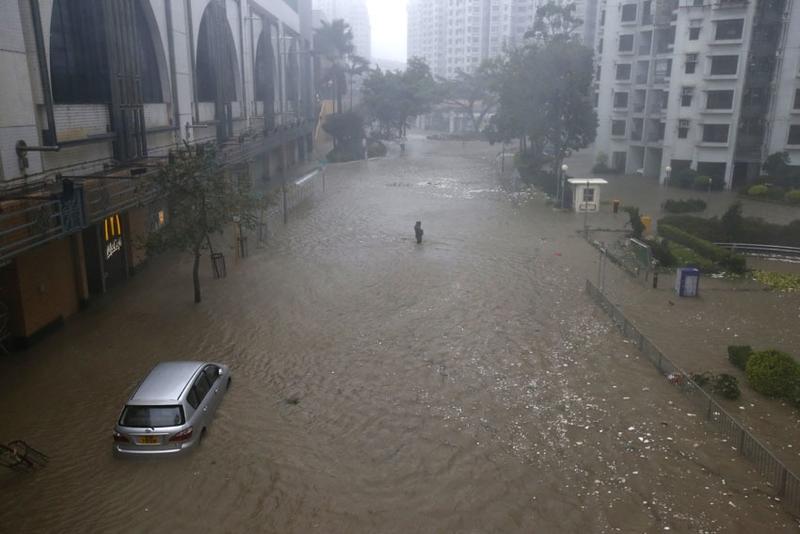 All 999 telephone hotlines are in operations.  The police also suggested people call nearby police stations (https://www.police.gov.hk/ppp_en/contact_us.html) for assistance.

According to the Civil Engineering and Development Department and Lands Department, no report of landslide has been received. 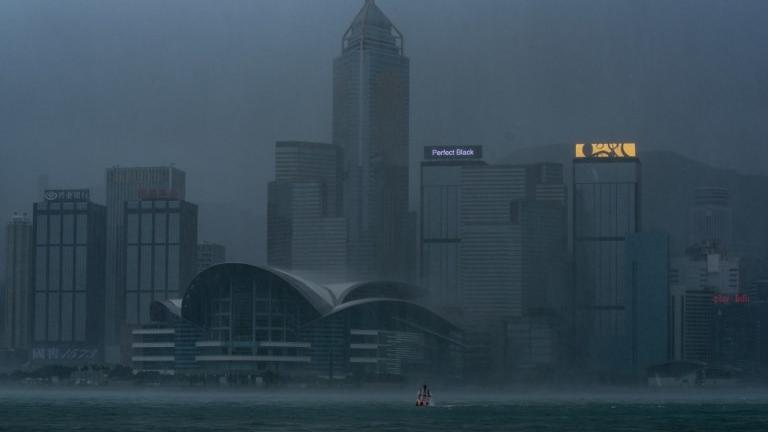 A general view of Victoria Habour during the approach of super Typhoon Mangkhut to Hong Kong on Sept 16, 2018 as “Super Typhoon” Mangkhut, the biggest storm to hit the region this year, has smashed through the Philippines. (PHILIP FONG / AFP)

The Education Bureau announced suspension of classes at all schools across Hong Kong on Monday due to the typhoon.

This is the first Signal No 10 typhoon to hit the region, after Typhoon Hato seriously damaged the west coast of PRD in August last year. 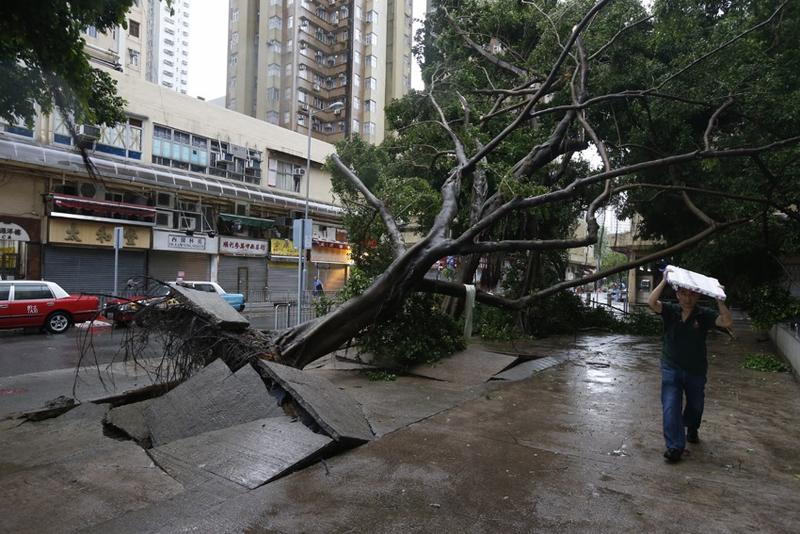 The Macao SAR issued a No. 10 signal at 11 am. The SAR’s Meteorological and Geophysical Bureau issued black storm surge warning at 2 pm and warned of worse flooding in the city than last year’s Hato, which killed 10 people and caused billions of economic loss.

In Hong Kong, 745 residents are in temporary shelters set up by the government, by early Sunday afternoon.