US Navy to revise Arctic strategy as ice caps melt 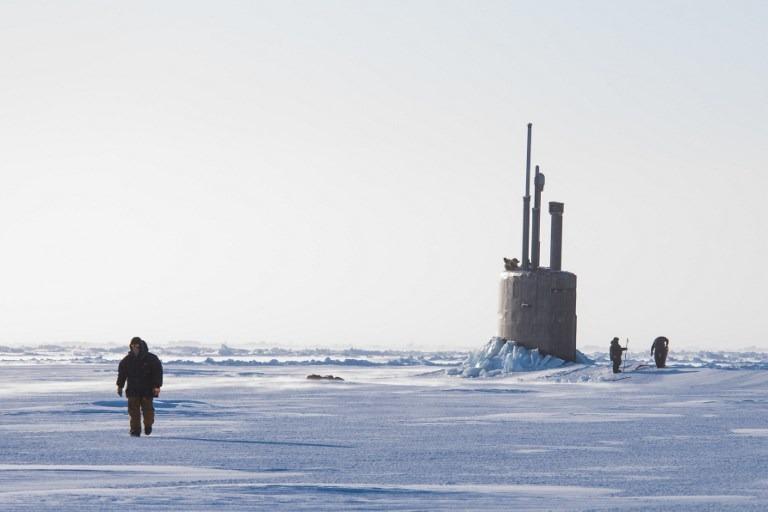 This US Navy photo released on March 12, 2018 shows the Seawolf-class fast-attack submarine USS Connecticut (SSN 22) as it breaks though the ice in the Beaufort Sea in support of Ice Exercise (ICEX) on March 10, 2018. (MICHAEL H. LEE / US NAVY / AFP)

WASHINGTON - US Navy chief on Thursday told Congress that a new US strategy on Arctic operations is set to be published in the summer, in response to the melting of ice caps.

Navy Secretary Richard Spencer told reporters after a hearing at the Senate Committee on Armed Services that the Navy needed to rewrite its Arctic strategy from four years ago because global climate change has caused Arctic ice caps to melt.

Waterways that are open ... continental shelves that are exposed, and the resources on those shelves. So there are strategic issues that arise from that shrinking of the ice cap

"That gives rise to strategic changes. Waterways that are open ... continental shelves that are exposed, and the resources on those shelves. So there are strategic issues that arise from that shrinking of the ice cap. And then there's this National Defense Strategy that's changed our focus as well. So it's really, from a number of perspectives, about time to do that again," said Chief of Naval Operations Admiral John Richardson, who accompanied Spencer.

During the hearing, Spencer also underscored that increasing Russian action in the Arctic region should be taken into account.

Russia is paving runways 3.6 km long in the name of building up search and rescue efforts, Spencer told Congress.

"We need to have presence up there," Spencer said.

Months after the Pentagon released a hawkish national defense strategy, the new Arctic policy is expected to follow the same trend.

The US Coast Guard has already proposed arming icebreakers with anti-ship cruise missiles, while the Marine Corps said 300 marines are training in Norway to learn cold-weather combating.