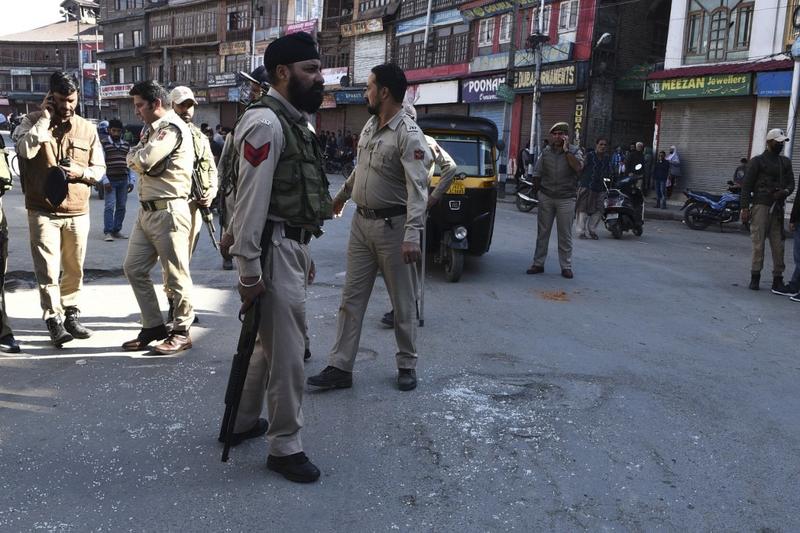 Indian security forces stand guard at the site of a grenade attack in a market area near the old town in Srinagar on Oct 12, 2019. (HABIB NAQASH / AFP)

ISLAMABAD — Pakistan's foreign ministry said on Wednesday that three civilians were killed in Indian forces' firing along the Line of Control (LoC) in the disputed Kashmir region.

A statement from the ministry said that eight others, including women and children, sustained serious injuries in Nezapir sector of the LoC on Tuesday.

Pakistan and India had declared ceasefire along the LoC, the de facto border between both countries in the disputed Kashmir region and the working boundary in 2003. However, both sides routinely exchange fire and accuse each other of ceasefire violations.

Tension has been heightened after India lifted a special status for the Indian-controlled Kashmir in August. In its reaction, Pakistan downgraded its diplomatic relations, suspended trade relations and train service with India.

The ministry said in the statement that Indian Deputy High Commissioner Gaurav Ahluwalia was summoned on Wednesday and condemned the "unprovoked ceasefire violations" by the Indian forces along the LoC in Nezapir sector on Tuesday.