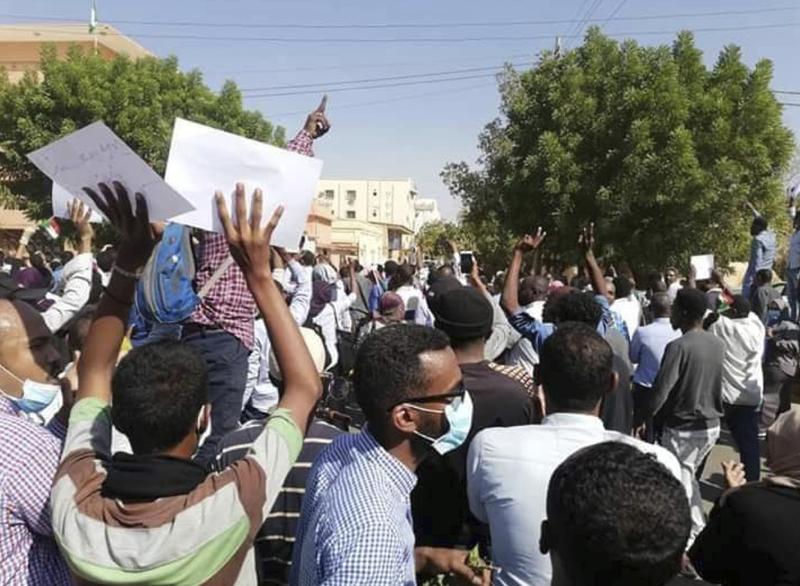 In this Dec 25, 2018 handout photo provided by a Sudanese activist, people chant slogans during a demonstration in Khartoum, Sudan. (PHOTO / SUDANESE ACTIVIST / AP)

CAIRO — The anti-government protests rocking Sudan for the past month are reminiscent of the Arab Spring uprisings of nearly a decade ago. Demonstrators, many in their 20s and 30s, are trying to remove an authoritarian leader and win freedoms and human rights.

Rights groups say at least 40 people, including children, have been killed in the clashes, most by gunshot wounds

Activists challenging President Omar al-Bashir's autocratic rule say they have learned from their Arab Spring counterparts and introduced tactics of their own. That and their persistence appear to pose a real threat to the 29-year rule of the general-turned-president.

Sudan did not experience the mass street protests that swept several Arab nations in 2011. At the time, Sudan was preoccupied with the secession of the mainly animist and Christian south, which was taking with it most of the country's oil wealth.

In 2013, a spike in fuel prices sparked protests in Sudan that were brutally squashed, with rights groups saying at the time that about 200 demonstrators were killed.

More than five years later, Sudan is engulfed by unrest once more.

Again, price hikes were a trigger. Protesters reached by The Associated Press painted a picture of resolve born out of despair, mainly from worsening economic conditions that many Sudanese blame in large part on mismanagement and widespread corruption.

"I am tired of prices going up every minute and standing up in bread lines for hours only for the bakery's owner to decide how many loaves I can buy," a 42-year-old woman, Fatima, said during protests last week on the outskirts of the capital of Khartoum.

Fatima and others speaking to the AP would not provide their full names, insisting on anonymity because they fear reprisals by the authorities. 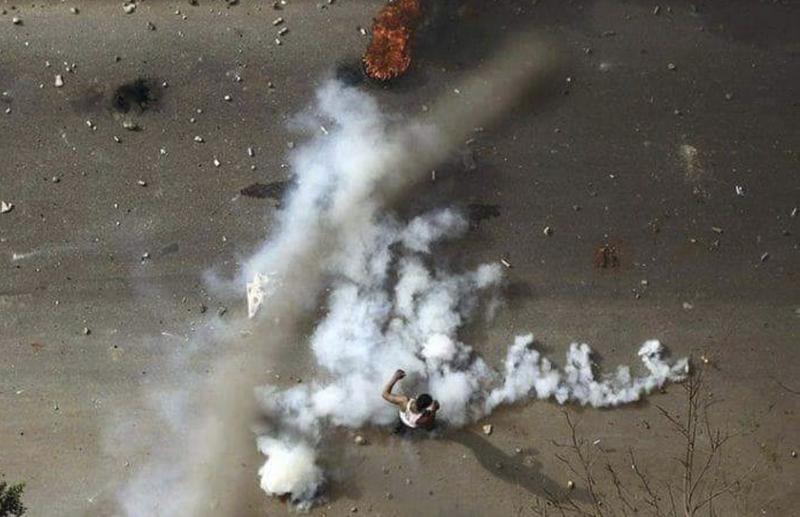 In this Dec 21, 2018 handout photo provided by a Sudanese activist, a protester stands in tear gas during clashes with security forces in Khartoum, Sudan. (PHOTO / SUDANESE ACTIVIST / AP)

Protesters described using medical masks soaked in vinegar or yeast and tree leaves to fend off tear gas. They said they try to fatigue police by staging nighttime flash protests in residential alleys unfamiliar to the security forces.

"We have used tactics employed by the Egyptians, Tunisians and Syrians but we have so far refrained from pelting security forces with rocks or firebombs," said Ashraf, another demonstrator.

They said there was little they can do about live ammunition except to keep medics and doctors close by to administer first aid to casualties.

They also described checking paths of planned protests to identify escape routes and potential ambushes by police. Some of their slogans are borrowed from the Arab Spring days, like "the people want to bring down the regime" and "erhal!" — Arabic for "leave!"

Participants have mostly been in the high hundreds or low thousands, not the tens or hundreds of thousands seen in Egypt or Yemen in 2011, but Sudan's protest leaders don't see a reason for concern.

"All that we do now is to prepare Sudan's streets, so when zero hour arrives, the entire country will be ready to go out on the streets," said Aseel, a 25-year-old activist.

Authorities in Sudan have used tear gas, rubber bullets, live ammunition and batons to quell the unrest. They have imposed emergency laws and night-time curfews in some cities and suspended classes in schools and universities in others. They have arrested opposition leaders, doctors, journalists, lawyers and students along with some 800 protesters.

Recently, police stormed a hospital in the greater Khartoum area where injured protesters were taken. Police fired tear gas inside the facility's yard, according to Amnesty International and activists.

"When we take our wounded to hospital, we pretend to be calm and collected so we don't attract the attention of plainclothes security agents stationed there," said one protester.

The protesters said they organize on social media, just like protesters did across the region in 2011. They try to elude the police by either giving gathering points codenames known only to protest leaders or publicizing false locations to mislead the authorities.

They also have secured free-of-charge medical care for the wounded in a handful of private Khartoum clinics and use donations to settle medical bills for those admitted to other hospitals.

Rights groups say at least 40 people, including children, have been killed in the clashes, most by gunshot wounds. Al-Bashir's government has acknowledged only 24 deaths.

Al-Bashir has ordered an investigation into the "recent events" — a thinly veiled reference to the deaths — following demands by rights groups and Western nations, including the United States, that his government probe the use of live ammunition and bring the culprits to justice. A similar probe into the death of the protesters in 2013 came to nothing. 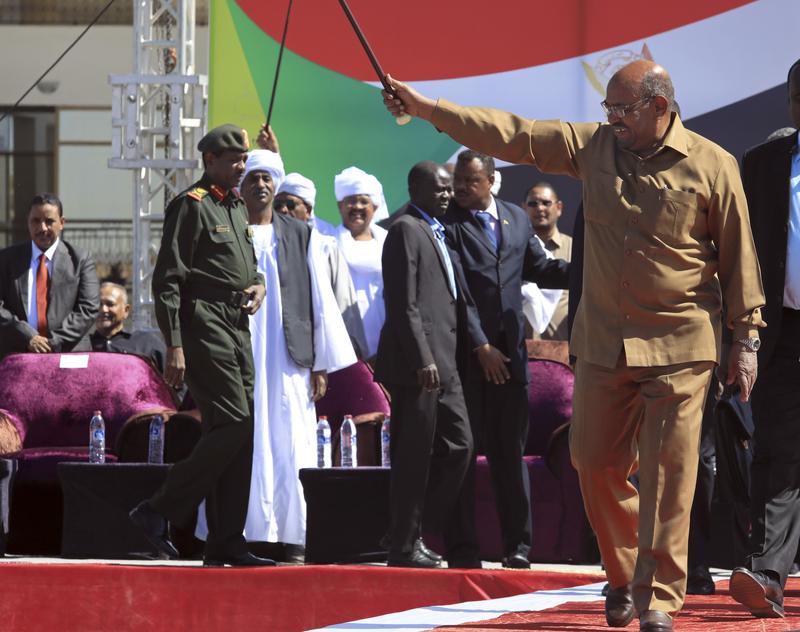 In this Jan 9, 2019 photo, Sudanese President Omar al-Bashir greets his supporters at a rally in Khartoum, Sudan. (MAHMOUD HJAJ / AP)

But despite the use of live ammunition and what protesters say is the excessive use of tear gas the protests have continued longer than rounds of anti-government unrest in 2012 and 2013. They have drawn many women — unusual for conservative and overwhelmingly Muslim Sudan — and stayed peaceful except early on when protesters damaged property.

Despite fears of arrest and the danger posed by live fire, "we have no choice but to resist," said protester Abdul-Metaal Saboun, 25, an unemployed university graduate.

Saboun was detained for three days early in the protests, which were sparked by price rises and shortages, but which soon shifted to demands that al-Bashir step down.

"There is little we can do about snipers except that some of us search rooftops or scream 'sniper' when we spot one, so people take more care," he said.

He said he was tortured during detention. "There is nothing that makes me frightened of them anymore," Saboun said, explaining why he agreed to have his full name published.