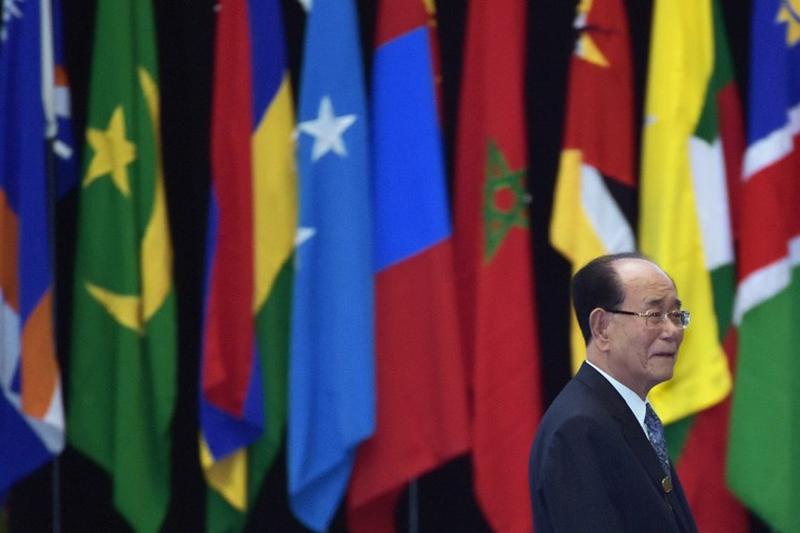 In this April 22, 2015 photo, Kim Yong-nam, president of the Presidium of the Supreme People's Assembly of the Democratic People's Republic of Korea (DPRK), walks off after delivering a speech at a plenary session during the Asian Africa Conference in Jakarta. A Kremlin spokesman says Russian President Vladimir Putin will meet Kim in Moscow on June 14, 2018. ADEK BERRY / POOL / AFP

Kim is travelling to Moscow to attend the FIFA World Cup opening ceremony, Peskov said at a daily news briefing, without giving details.

His trip to Russia follows a landmark Singapore summit between top DPRK leader Kim Jong-un and US President Donald Trump on Tuesday.

Trump said his country will provide security guarantees to the DPRK, while Kim reaffirmed his commitment to a complete denuclearization of the Korean Peninsula.

"The results of this meeting have yet to be analyzed in depth, but the very fact that such a meeting was held and a direct dialogue was started can only be welcomed," Peskov said.

The spokesman reiterated Russia's position that there is no alternative to political and diplomatic methods of settling the Korean problem.