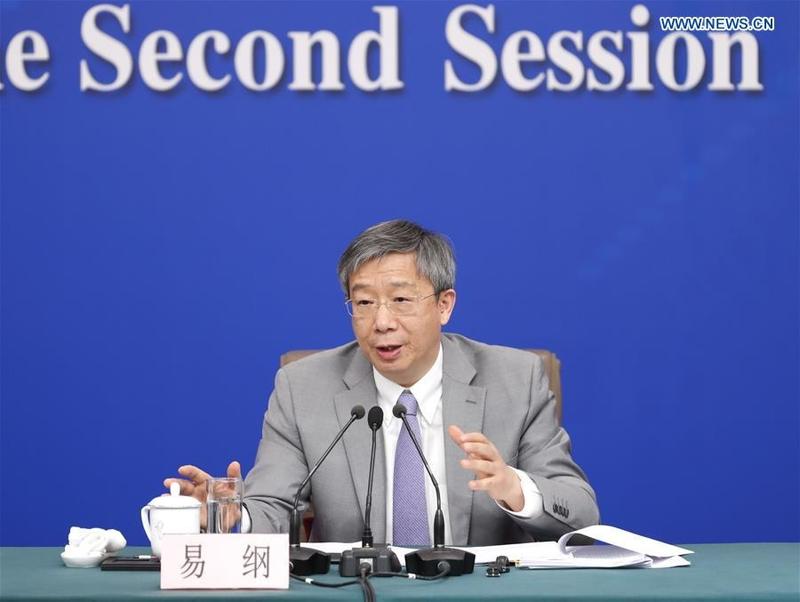 Yi Gang, governor of the People's Bank of China, speaks during a press conference on China’s financial reform and development during the second session of the 13th National People's Congress (NPC) in Beijing, China, March 10, 2019. (SHEN BOHAN / XINHUA)

BEIJING – China has implemented most of the financial market opening up measures it announced last year, governor of the country’s central bank said Sunday.

"We believe the opening up of China's financial market is conducive to both China and the world," Yi Gang said at a press conference on the sidelines of the annual legislative session.

The country will firmly advance the opening up of the financial market in accordance with the timetable announced at the Boao Forum for Asia annual conference last April, said the People's Bank of China (PBOC) governor.

Total 11 financial opening-up policies were mentioned in the timetable, covering sectors including banking and insurance.

In November, China approved the application by a joint venture of American Express for setting up a bank card clearing and settlement institution, and allowed S&P Global Inc. to enter its credit rating market in January.

China will continue to adopt a prudent monetary policy  that will be eased or tightened to the right degree, said the governor.

"Although we no longer use the term 'neutral', the essence of our prudent monetary policy has not changed," he said.

The policy will stress counter-cyclical adjustment and mean that the increases in M2 money supply and aggregate financing should be in keeping with nominal GDP growth, Yi said.

It will also entail greater support to small- and micro-sized enterprises and private businesses, he added.

China has implemented most of the financial market opening-up measures it announced last year, said Yi.

"We believe the opening up of China's financial market is conducive to both China and the world.”

The PBOC governor said the country will firmly advance the opening up of the financial market in accordance with the timetable announced at last year's Boao Forum for Asia. 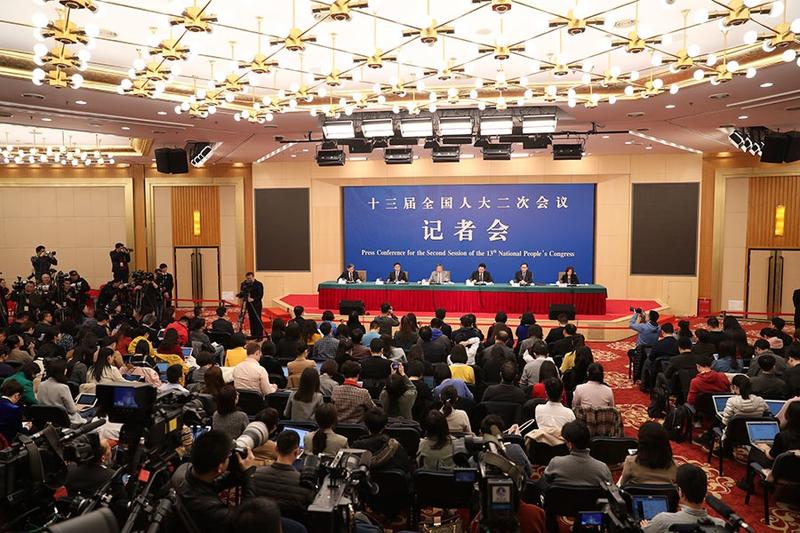 Governor of the People's Bank of China, Yi Gang, speaks during a news conference during the second session of the 13th National People's Congress (NPC) in Beijing, China, March 10, 2019. (FENG YONGBIN / CHINADAILY.COM.CN)

‘SOME ROOM’ FOR RRR CUT

The PBOC governor said there is still some room for lowering the country's reserve requirement ratio (RRR).

The overall reserve requirement ratio now stands at around 12 percent, a similar level as some developed countries, he said.

Since the beginning of 2018, China has lowered the reserve requirement ratio by a total of 3.5 percentage points in five cuts, said Yi.

China will reform and refine monetary and credit supply mechanisms, and employ a combination of quantitative and pricing approaches, like required reserve ratios and interest rates, to guide financial institutions in increasing credit supply and bringing down the cost of borrowing, according to a government work report delivered on Tuesday.

The country will continue to push for wider opening up of the bond market to overseas investors and create a sound market environment, vice governor Pan Gongsheng said at the press conference.

Over the past two years, China's bond market has taken fast steps of opening-up, as the country improved policies to make it easier for overseas investors to issue panda bonds and invest in its bond market,

However, bonds owned by them represent only a little more than 2 percent in China's total. "The ratio is not very high and there is still huge potential in the future," he said.

Overseas holdings rose significantly in the past two years thanks partly to the Bond Connect program, a market access scheme launched in July 2017 that allows overseas investors to invest in the Chinese mainland's interbank bond market using financial institutions of the mainland and Hong Kong.

Fintech is expected to help easing financial difficulties and lowering costs for private enterprises and small- and micro-sized businesses, he said.

The country has launched pilot programs for fintech application in 10 provincial-level regions including Beijing, Shanghai and Guangdong in late 2018, he said.